NASA MODIS Image of the Day: November 17, 2012 – Dust storms in Kansas and Colorado

By SpaceRef Editor
November 17, 2012
Filed under Earth, MODIS Image of the Day, NASA MODIS Web, US 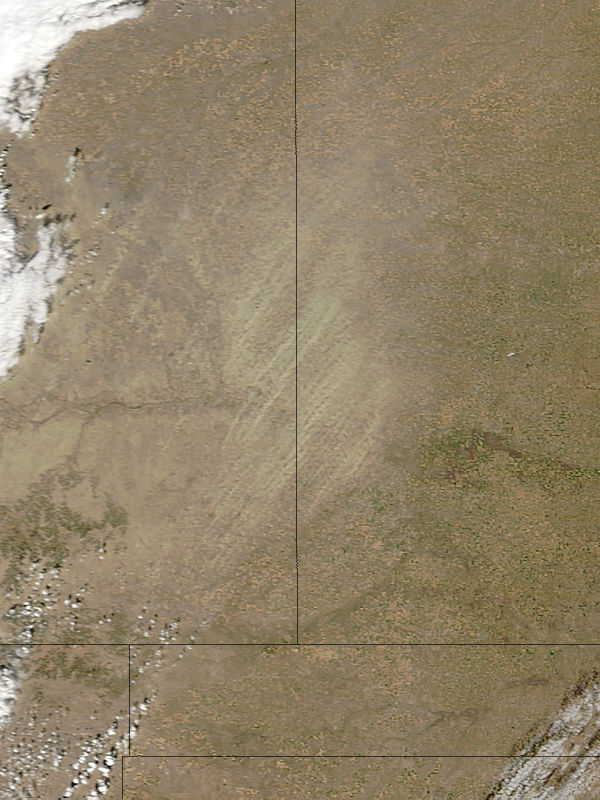 A dust storm blew across the Kansas-Colorado border on November 10, 2012, as the Moderate Resolution Imaging Spectroradiometer (MODIS) on NASA’s Terra satellite captured this natural-color image. The dust storm occurred along the Arkansas River, which flows roughly eastward from the Rocky Mountains toward the Mississippi River. The dust storm struck in the midst of an exceptional drought, according to the U.S. Drought Monitor. By November 2012, the area along the border between Colorado and Kansas had experienced dry conditions for several months, as did a much larger region. In July 2012, the U.S. Department of Agriculture declared the largest natural-disaster area in U.S. history due to drought conditions, and this region was part of the disaster area.