By SpaceRef Editor
November 1, 2012
Filed under Earth, MODIS Image of the Day, NASA MODIS Web, US 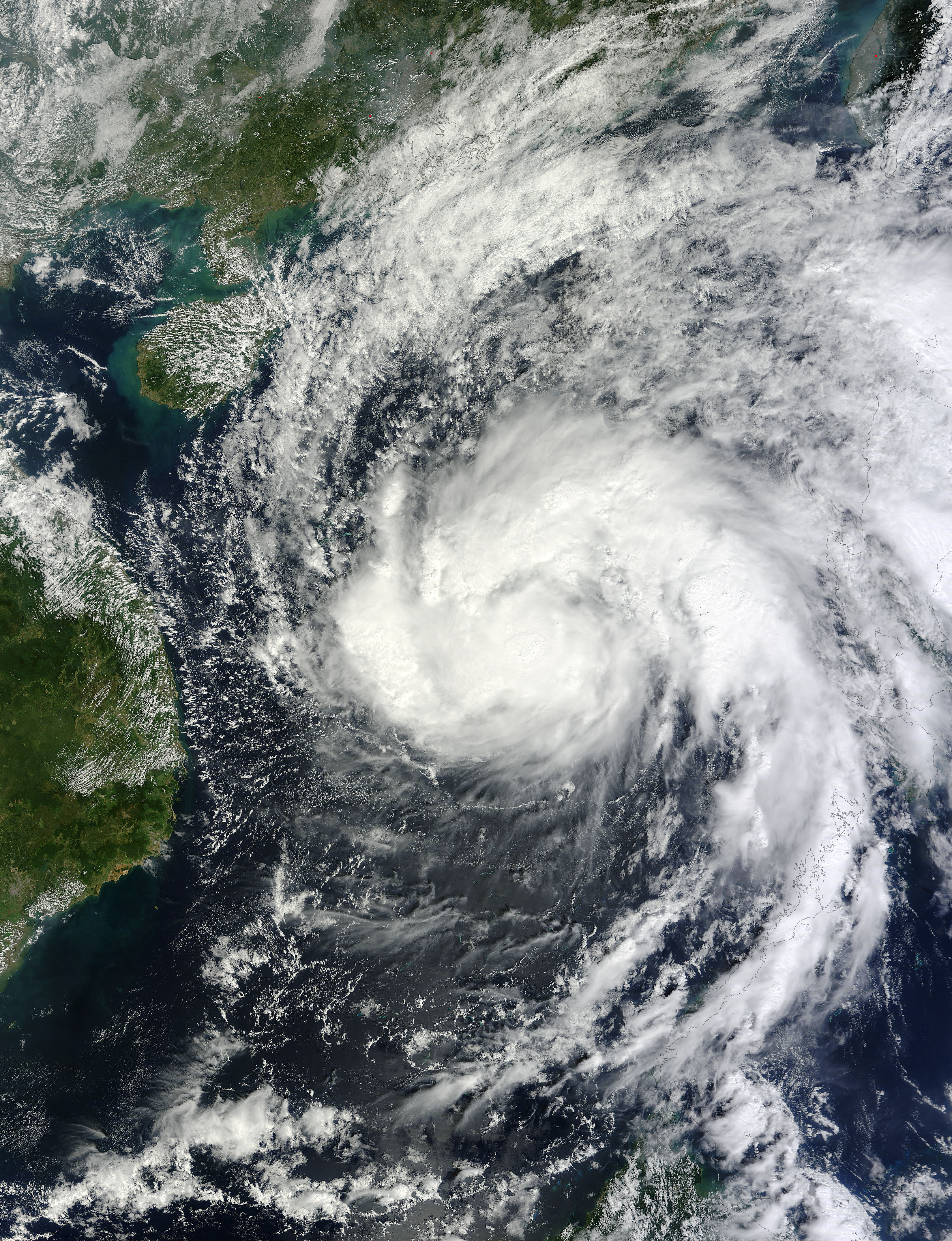 Typhoon Son-tinh made landfall in Vietnam about 0900 UTC on October 28, 2012, bringing maximum sustained winds of about 114 mph (185 km/h) to the region. These wind speeds made the storm a Category 3 on the Saffir-Simpson Hurricane Wind Scale. According to the Joint Typhoon Warning Center, the point of landfall was near 19.6 N, 106.9 E. The Chinese news agency, Xinhua, reported that more than 80,000 people in China’s Hainan Province were relocated due to the gales and downpours from the Typhoon just before landfall. Earlier, on October 26, Son-tinh, then at Tropical Storm strength, barreled across the Philippines, killing at least 24 people. NASA’s Terra satellite flew over Tropical Storm Son-tinh on Oct. 26 at 0305 UTC (Oct. 25 at 11:05 p.m. EDT) and the Moderate Resolution Imaging Spectroradiometer (MODIS) instrument aboard captured a visible image of the storm. At the time, Son-tinh’s western edge had already moved away from the Philippines. The image revealed powerful thunderstorms in the northwestern quadrant of the storm, and in the storm’s center. On Oct. 26 at 1500 UTC, Tropical Storm Son-Tinh had maximum sustained winds near 60 knots (69 mph/111 kph). It was centered near 15.7 North latitude and 113.0 East longitude, about 355 nautical miles (408.5 miles/657 km) east of Hue, Vietnam.