By SpaceRef Editor
May 31, 2012
Filed under Earth, MODIS Image of the Day, NASA MODIS Web, US 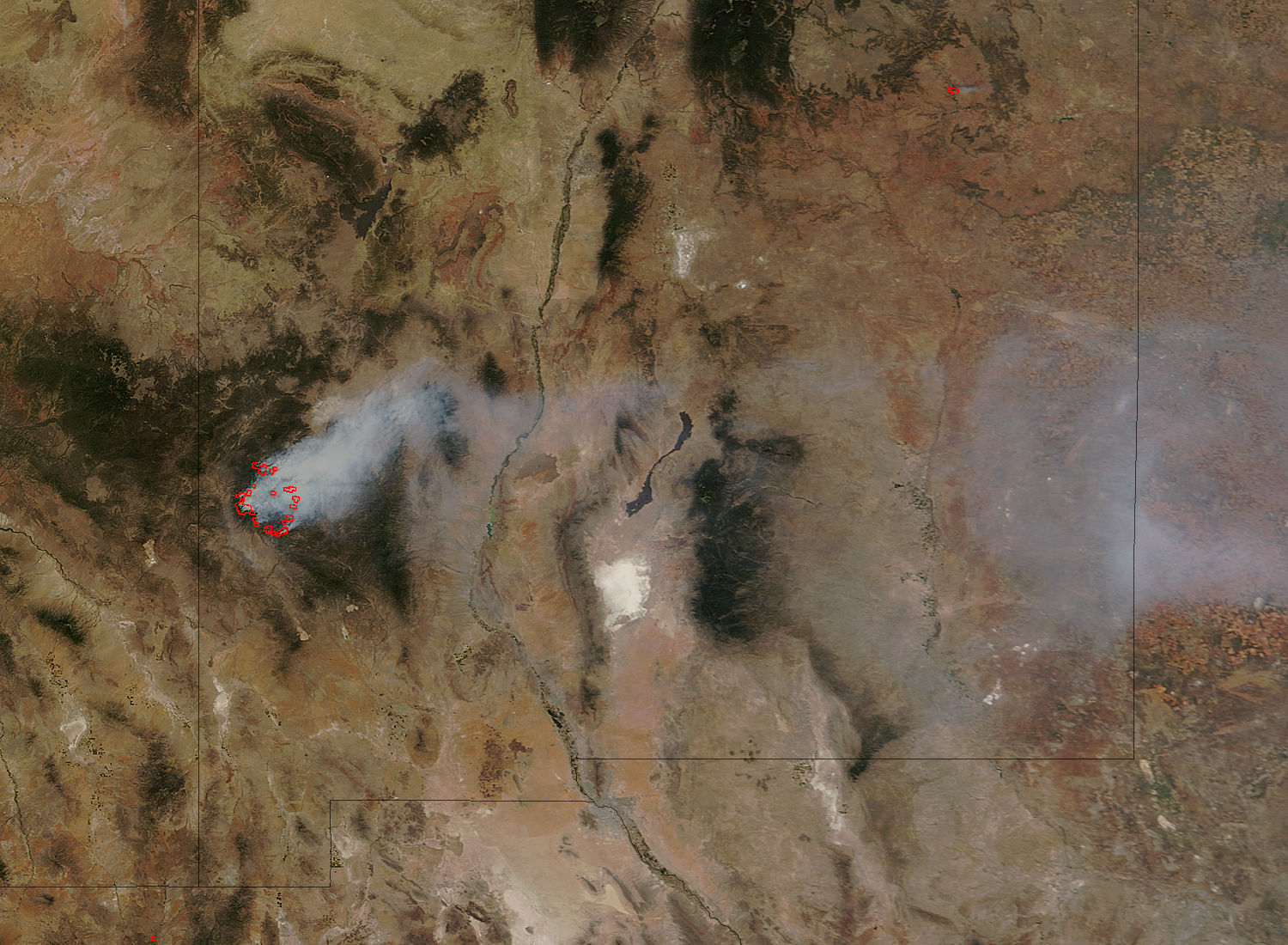 By May 30, 2012, a wildfire burning in Gila National Forest in southwestern New Mexico had burned more area than any other fire in the state’s history. According to figures released by the U.S. Forest Service, the Whitewater-Baldy fire had burned 170,272 acres (266 square miles), surpassing a fire that burned 156,293 acres (244 square miles) near Los Alamos in 2011. The Moderate Resolution Imaging Spectroradiometer (MODIS) sensor on NASA’s Aqua satellite captured this view of the fire at 4:00 p.m. local time (20:00 Universal Time) on May 29, 2012. Lightning started the Whitewater-Baldy fire on May 16, 2012. More than a thousand firefighters have battled the blaze since then, but the area’s extremely rugged terrain and strong winds have hampered progress. Vegetation burned has included timber, mixed conifer, ponderosa pine, pinon, and grass. Officials have ordered a mandatory evacuation for Mogollon, a small community near the edge of the fire.