By SpaceRef Editor
May 30, 2012
Filed under Earth, MODIS Image of the Day, NASA MODIS Web, US 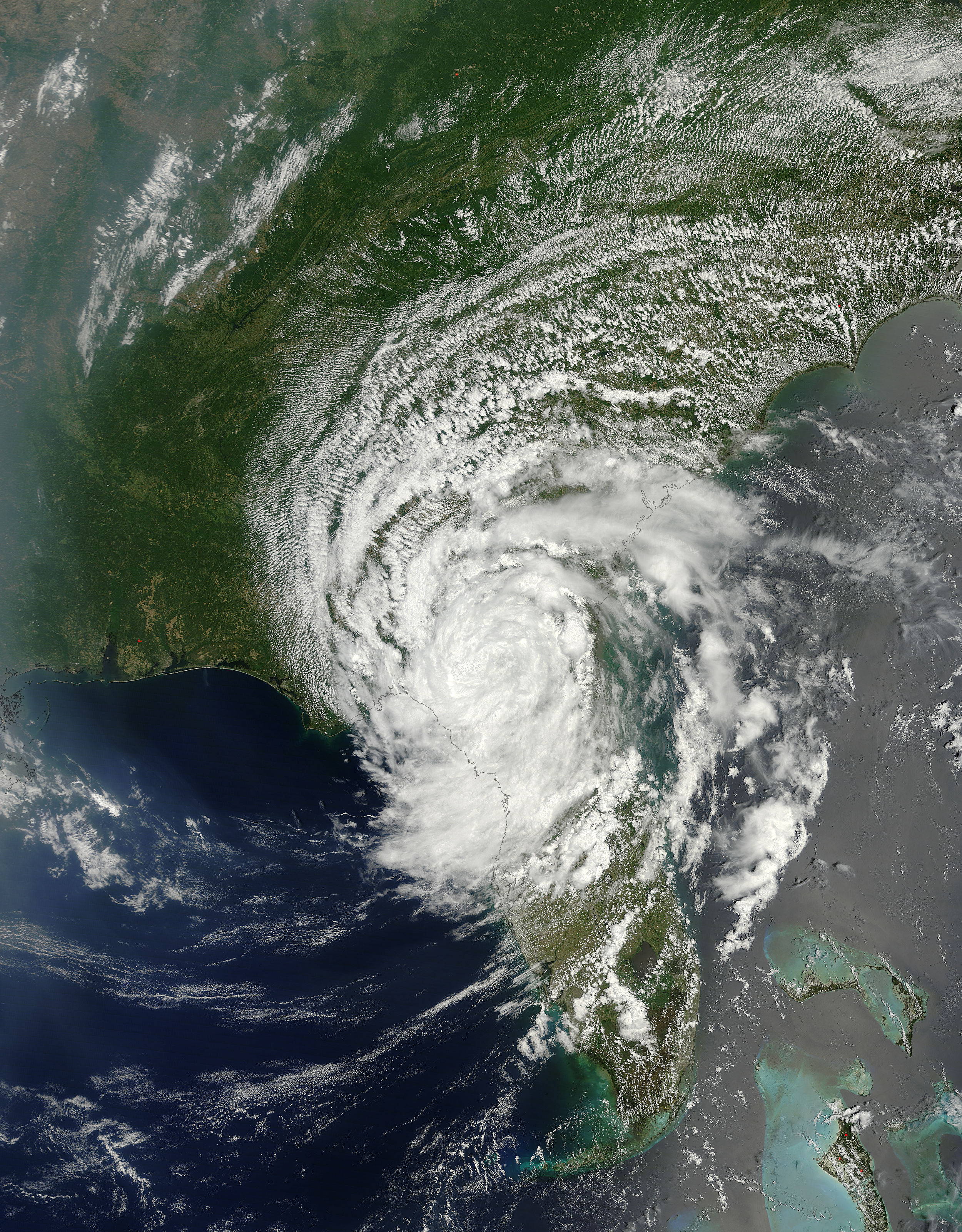 By 11:00 a.m. on May 28, 2012, tropical storm Beryl had weakened to a tropical depression, but it was still soaking parts of northern Florida and southern Georgia, the U.S. National Hurricane Center (NHC) reported. The tropical depression was located about 60 miles (100 kilometers) west-northwest of Jacksonville, Florida, with maximum sustained winds of 35 miles (55 kilometers) per hour. The Moderate Resolution Imaging Spectroradiometer (MODIS) on NASA’s Terra satellite captured this natural-color image of Beryl around noon local time on May 28. The main mass of storm clouds was west of Jacksonville, with spiral arms extending over Georgia, Florida, the Atlantic Ocean, and the Gulf of Mexico. On May 29, the NHC warned that Beryl could produce total rain accumulations of 5 to 10 inches (13 to 25 centimeters), with amounts up to 15 inches (38 centimeters) in isolated areas. News outlets reported that, aside from rain, damage from the storm had been fairly minor, although winds had downed trees and briefly knocked out power to about 20,000 Jacksonville residents.