NASA MODIS Image of the Day: May 29, 2012 – Phytoplankton bloom in the Black Sea

By SpaceRef Editor
May 29, 2012
Filed under Earth, MODIS Image of the Day, NASA MODIS Web, US 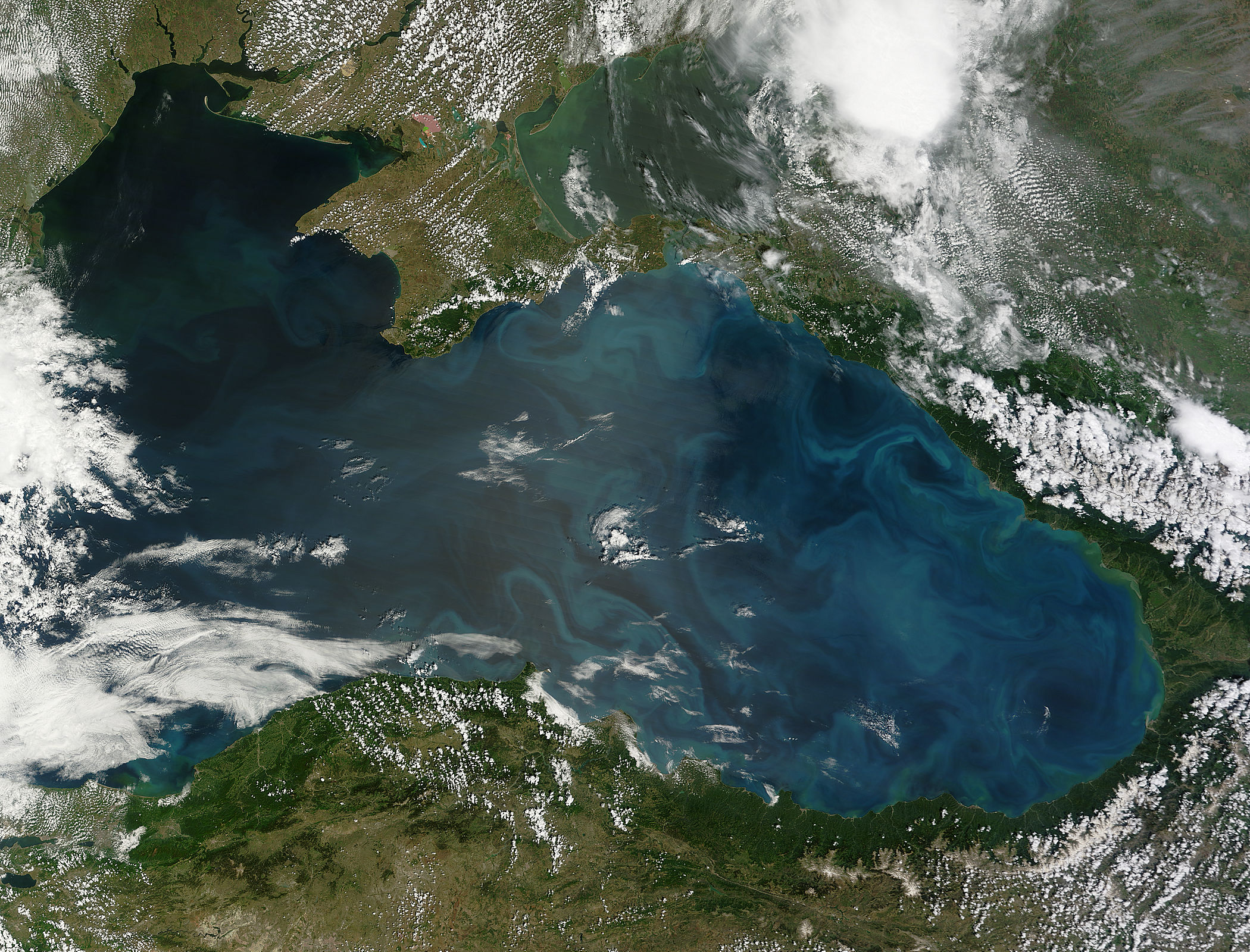 Enriched by nutrients carried in by the Danube, Dnieper, Dniester, Don and other rivers, the waters of the Black Sea are fertile territory for the growth of phytoplankton. The bounty is a mixed blessing. This natural-color image captured by the Moderate Resolution Imaging Spectroradiometer (MODIS) on NASA’s Terra satellite shows the eastern half of the Black Sea on May 18, 2012. Milky, light blue and turquoise-colored water in the middle of the sea is likely rich with blooming phytoplankton that trace the flow of water currents. Closer to the coast, the colors include more brown and green, perhaps a brew of sediment and organic matter washing out from rivers and streams, though it may also be a sign of phytoplankton. Puffs of spring clouds linger over parts of the coastline. Phytoplankton are the “primary producers” of the seas and oceans. These plant-like, microscopic algae, bacteria, and protists use chlorophyll to make their own food from sunlight and dissolved nutrients. More than 150 different types of phytoplankton have been observed in the Black Sea over the years, and they have supported a rich bounty of fish and other marine organisms. With scores of cities, resorts, and villages on its shores (many for thousands of years), and with waterways carrying farm runoff and wastewater from the interior of Europe and western Asia, the Black Sea is often teeming with phytoplankton. The layered structure of the water column also promotes plankton growth, as lighter, fresher water from the rivers gets concentrated on top and does not mix with the denser, saltier water coming in from the Mediterranean and Marmara Seas. Scientists and resource managers have been working in recent years to stem the flow of nutrients and restore water quality, which can suffer due to an overabundance of phytoplankton. Extreme and persistent blooms can suck most of the oxygen out of the water—a process known as eutrophication—and suffocate other marine life. Predominance by certain phytoplankton species can also crowd out others that give the sea its diversity of plant and fish life.