By SpaceRef Editor
May 28, 2012
Filed under Earth, MODIS Image of the Day, NASA MODIS Web, US 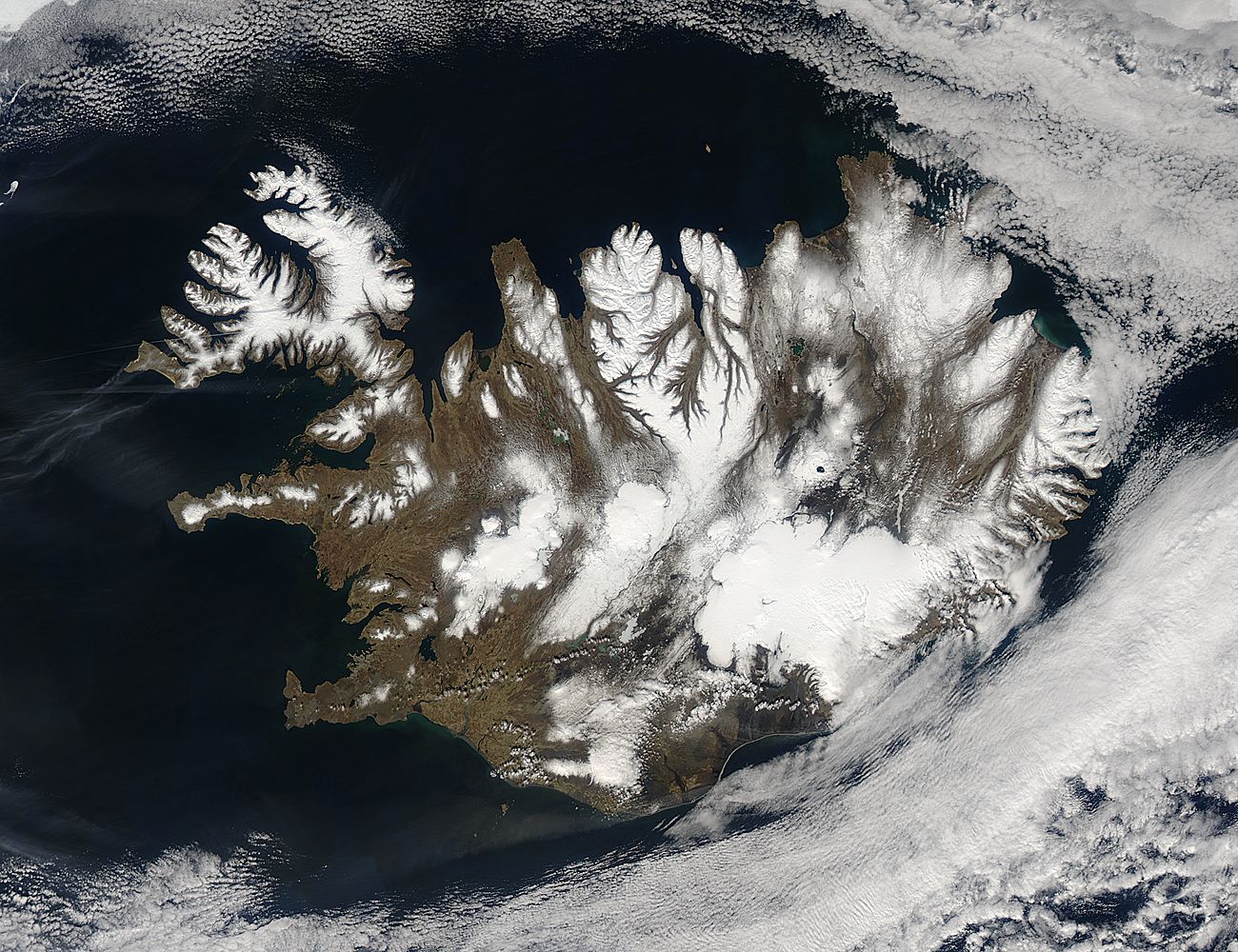 Iceland was encircled by a halo of cloud on May 20, 2012, when the Moderate Resolution Imaging Spectroradiometer (MODIS) aboard NASA’s Aqua satellite captured this true-color image of the snow-capped land in late springtime. Situated close to the Arctic Circle and about midway between New York and Moscow, Iceland is the second largest island in Europe, with a total area of 103,000 square miles. The interior of the island is made up of mountains and high plateaus, with an average height about 500 m (1,640 feet) above sea level. The highest point in Iceland is Hvannadalshnúkur in the Öræfajökull glacier in south east Iceland, with a peak elevation of m (6,950 feet). Although the interior of the island is uninhabited, the capital city, Reykjavík and the surrounding Greater Reykjavík Area has a population of over 200,000 people. The city is located in southwestern Iceland, on the southern shore of Faxaflói Bay. The city can be seen as a gray smudge on the northern edge of the greening peninsula in southwestern section of Iceland.