By SpaceRef Editor
May 26, 2012
Filed under Earth, MODIS Image of the Day, NASA MODIS Web, US 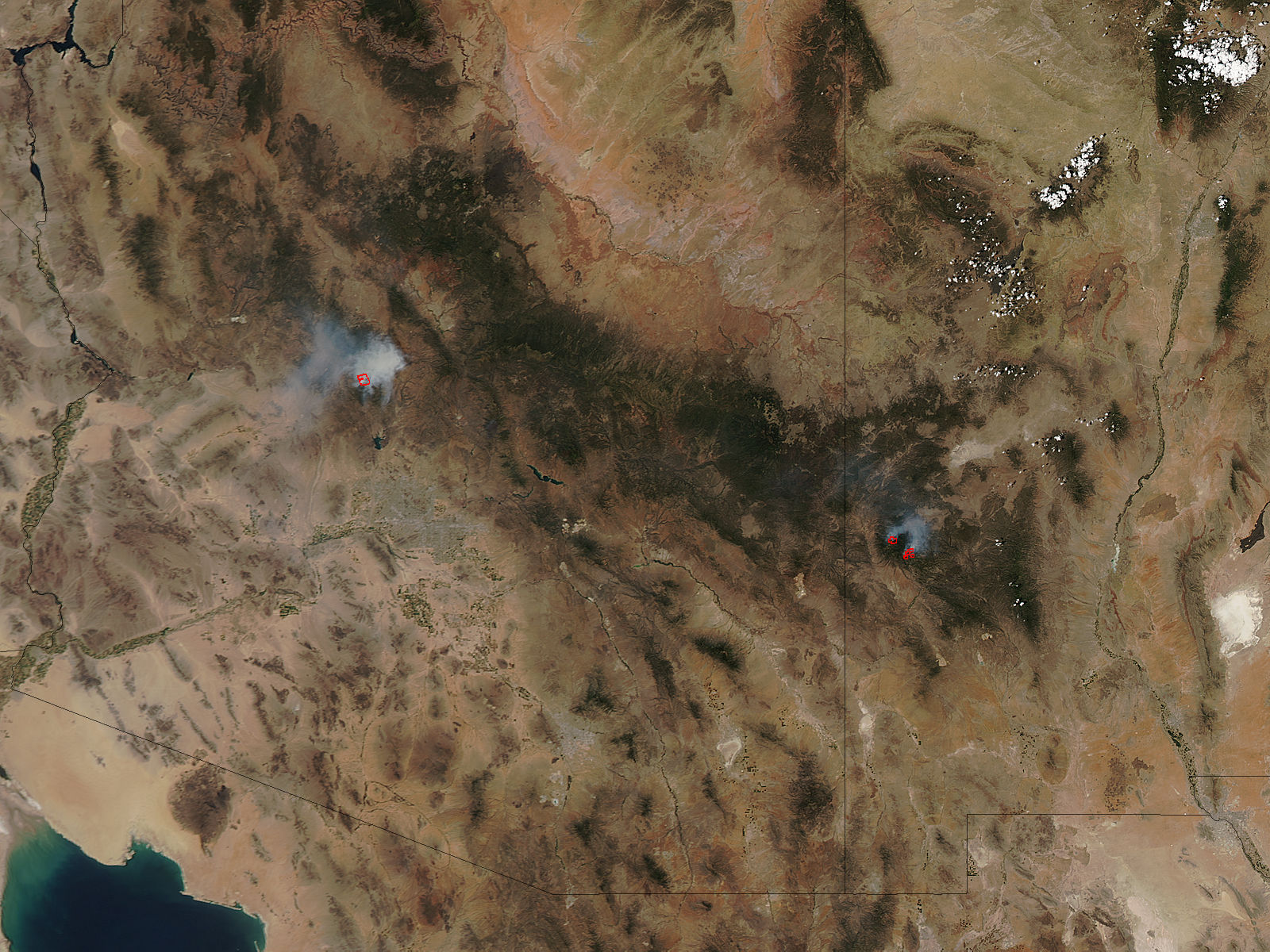 Hot, dry and windy conditions continued to fan wildfires across the southwestern United States in late May, 2012. The Moderate Resolution Imaging Spectroradiometer (MODIS) aboard NASA’s Aqua satellite captured this true-color image on May 20, 2012 at 20:10 UTC (1:10 p.m. Mountain Standard Time). The large fire blazing in Arizona is the Gladiator Fire. It was first reported on May 13, and originated from a structure fire on private property before moving onto the Prescott National Forest. As of May 25, it had burned over 16,200 acres and was estimated to be 35% contained. The fire forced the closure of many local roads and the evacuation of residents of surrounding communities. On May 25, and the Yavapai County Sheriff’s Office announced a three-phase re-entry procedure to begin for the communities of Crown King, Pine Flats and Turkey Creek, including restoration of electricity. Phoenix, Arizona can be seen as a gray circular area to the southeast of the Gladiator Fire. Northeast of Phoenix, the burn scar of the Sunflower Fire can be seen as a blackened circle in the mountains. According to Inciweb, on May 21 the Sunflower Fire had burned 16,115 acres, and minimal fire activity was being seen, although smoke lingered in canyons. By May 25, however, previously unburned pockets of vegetation were now on fire, bringing the acreage burned to 17,618. Two fires can burn in New Mexico – the Whitewater Fire (west) and the Baldy Fire Wildfire to the east. According to Inciweb, the fires merged on May 23, to create the Whitewater-Baldy Complex fire which burns in the Gila Wilderness. This fire has consumed 82,252 acres mostly on steep, rugged terrain. At least twelve cabins and 13 out buildings have been lost to this fire. Accuweather forecasts high winds blasting the Southwest into the Memorial Day weekend, and these winds threaten to bring the already high fire threat to extreme levels. Wind gusts of 35-45 miles per hour are expected through May 26.