By SpaceRef Editor
May 24, 2012
Filed under Earth, MODIS Image of the Day, NASA MODIS Web, US 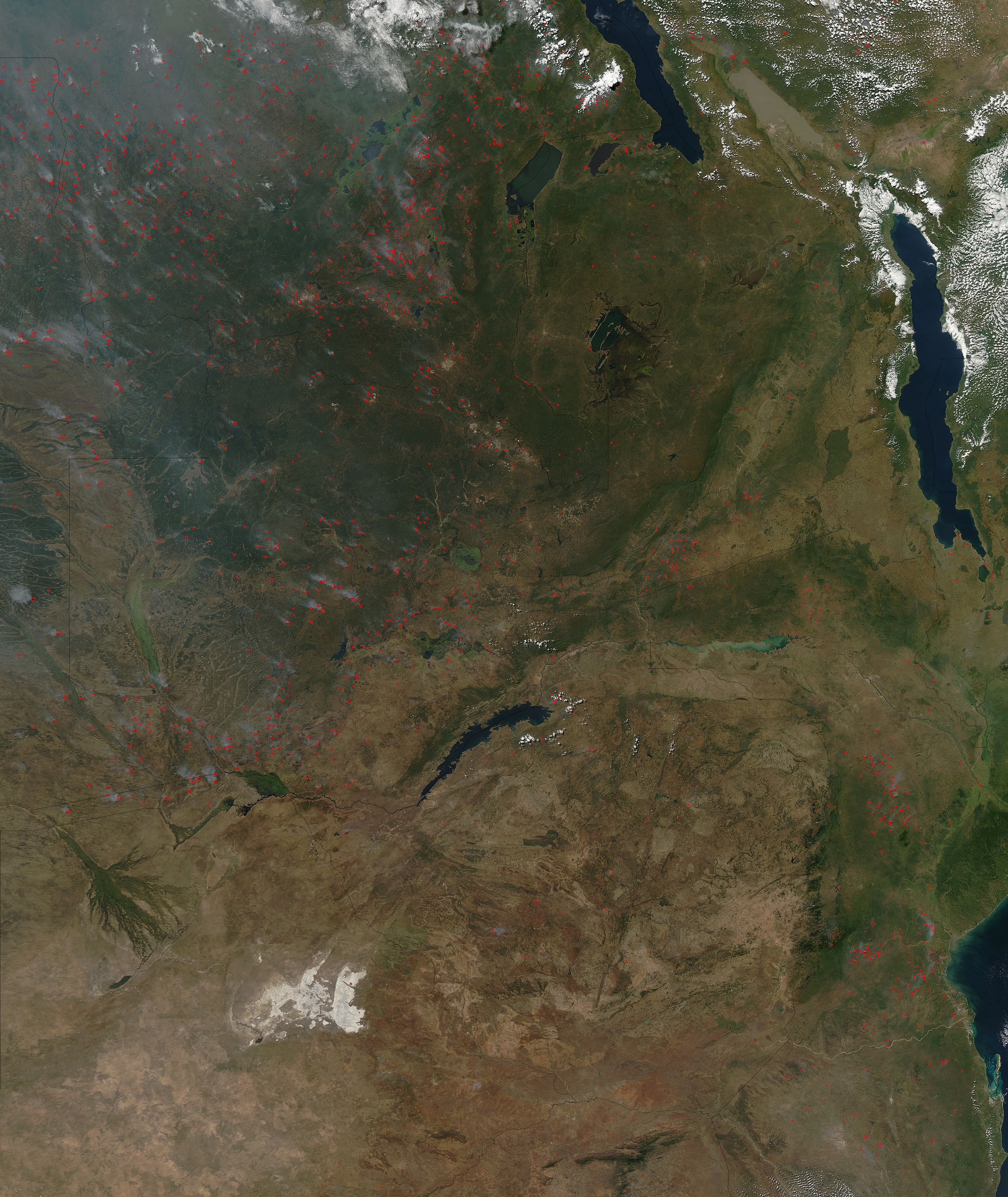 Hundreds of red hotspots speckled the landscape of Central African in mid-May, 2012 as smoke from these fires blanketed the region. The Moderate Resolution Imaging Spectroradiometer (MODIS) aboard the Aqua satellite captured this true-color image on May 20. Fire is an integral part of the cycle of seasons in Africa. When the dry seasons come, grasslands become ready tinder when storms bring lightning to ignite the landscape. And the beginning and ends of growing season inspires people to use fire as a tool to manage agricultural land. Fire is used to clear land for new growth, to return nutrients to the soil, to clear debris, to improve pastures and to hunt. Lightning-ignited fire is relatively rare. It is human activity that ignites most fires in this region. Most of the fires are burning in the Democratic Republic of the Congo in the upper left, where the gray smoke plumes are blowing to the northwest. Zambia lies in the center of the image, and fires dot the landscape throughout this country. Surrounding Zambia, beginning east of Congo and moving clockwise, are Tanzania, Malawi, Zimbabwe, and Angola. Global fire data points to Africa as the continent with the most active burning. Indeed, according to a visual tour of Earth’s fires, released by NASA in October 2011, MODIS observations have shown that about 70% of the world’s fires occur in Africa.