By SpaceRef Editor
May 21, 2012
Filed under Earth, MODIS Image of the Day, NASA MODIS Web, US 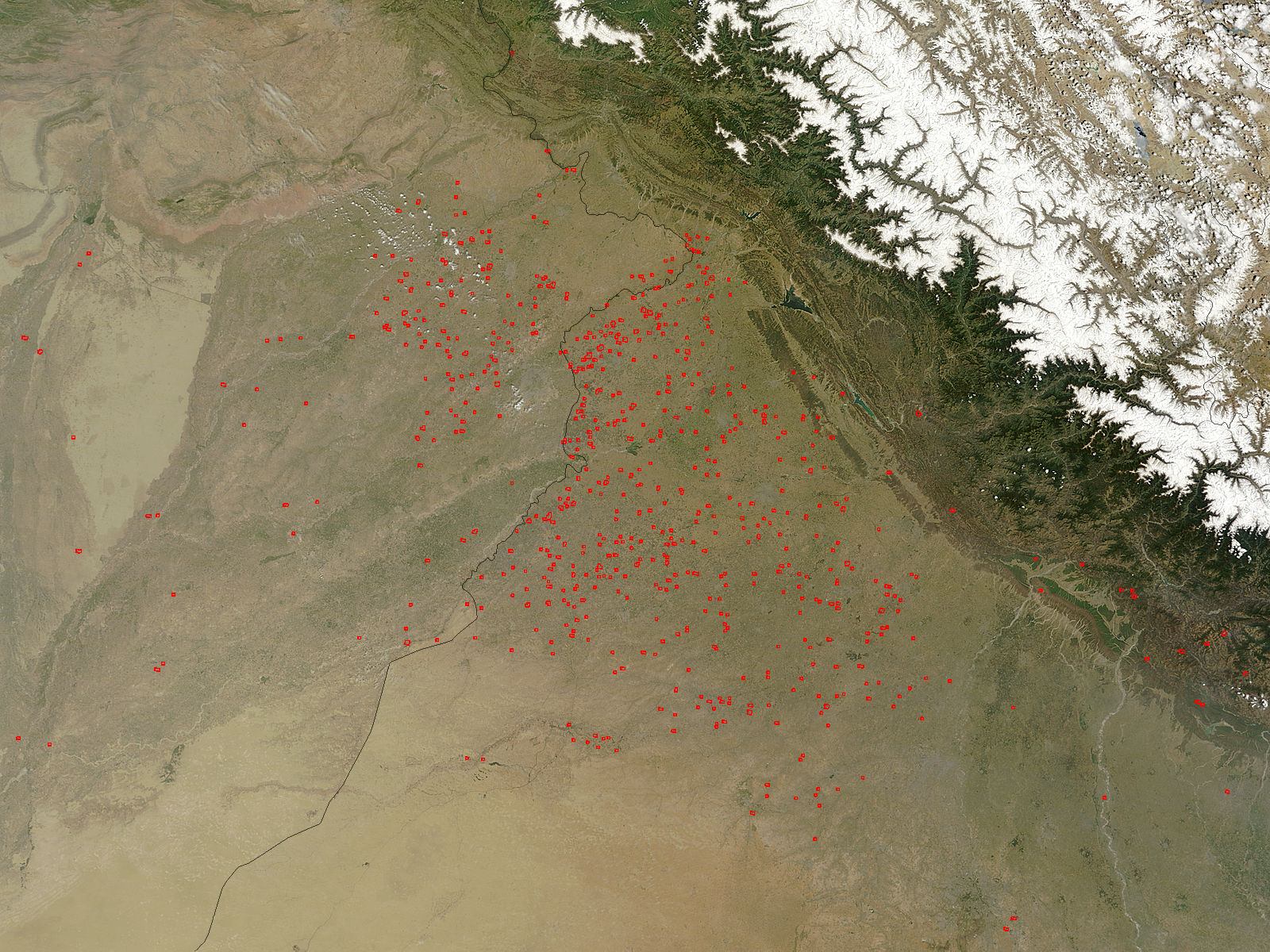 Forest fires that began in late April 2012 in are still blazing in Northern India and Nepal. Several national parks in Nepal have suffered tremendous losses over the past two weeks from over two hundred fires that have broken out. The Bardiya National Park (which does not show in this image) in Nepal alone has lost almost 40% of small mammals in the park due to the raging fires. The Moderate Resolution Imaging Spectroradiometer (MODIS) instrument that flies aboard NASA’s Terra satellite captured this image of fires in Northern India on May 16, 2012 at 0545 UTC (1:45 a.m. EDT). The fires are marked by red dots and smoke from the fires appears light brown in color.