By SpaceRef Editor
March 9, 2013
Filed under Earth, MODIS Image of the Day, NASA MODIS Web, US 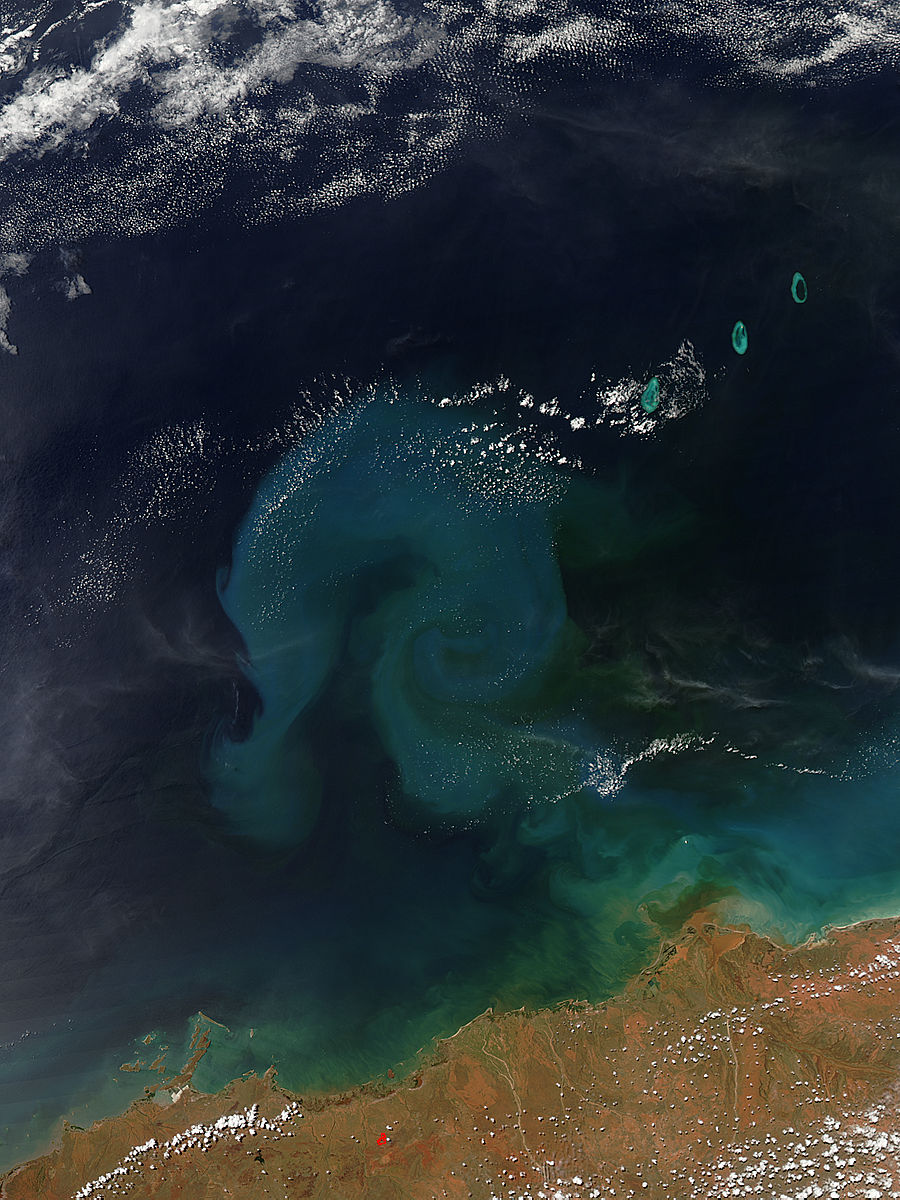 Before dousing Western Australia with torrential rain, Severe Tropical Cyclone Rusty spun off the Pilbara Coast in a nearly stationary position, churning the waters for about two days until landfall on February 27, 2013. The strong storm brought extensive flooding and moderate wind damage to parts of the Pilbara Coast. It also affected the waters of the Southern Indian Ocean. The inland rains caused significant sediment runoff into rivers and tributaries which flow into the Southern Indian Ocean. In addition to the sediment that was swept into the ocean, Rusty’s swirling winds stirred the waters, bringing sediment upward from the ocean bottom. On March 3, 2013, the Moderate Resolution Imaging Spectroradiometer (MODIS) aboard NASA’s Aqua satellite flew over the region and captured this true-color image of the sediment-laden waters. Sediment near the top of the water appears tan; suspended deeper in ocean waters, the reflectivity of the particles change, and therefore the colors change when viewed from space to shades of blue and green.