By SpaceRef Editor
March 8, 2013
Filed under Earth, MODIS Image of the Day, NASA MODIS Web, US 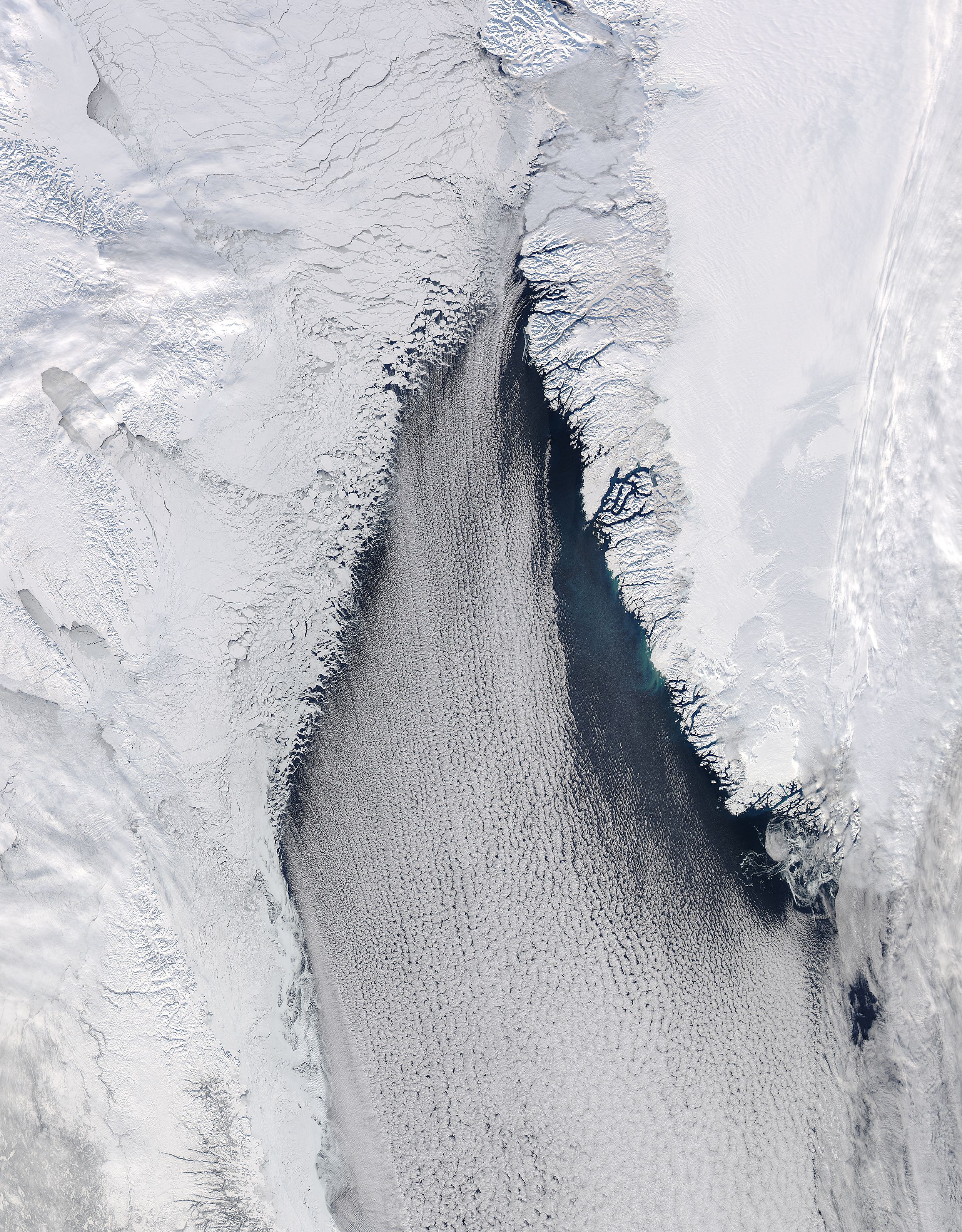 The late winter sun shone brightly on a stunning scene of clouds and ice in the Davis Strait in late February, 2013. The Moderate Resolution Imaging Spectroradiometer aboard NASA’s Aqua satellite captured this true-color image on February 22 at 1625 UTC. The Davis Strait connects the Labrador Sea (part of the Atlantic Ocean) in the south with Baffin Bay to the north, and separates Canada, to the west, from Greenland to the east. Strong, steady winds frequently blow southward from the colder Baffin Bay to the warmer waters of the Labrador Sea. Over ice, the air is dry and no clouds form. However, as the Arctic air moves over the warmer, open water the rising moist air and the temperature differential gives rise to lines of clouds. In this image, the clouds are aligned in a beautiful, parallel pattern. Known as “cloud streets”, this pattern is formed in a low-level wind, with the clouds aligning in the direction of the wind.