By SpaceRef Editor
March 7, 2013
Filed under Earth, MODIS Image of the Day, NASA MODIS Web, US 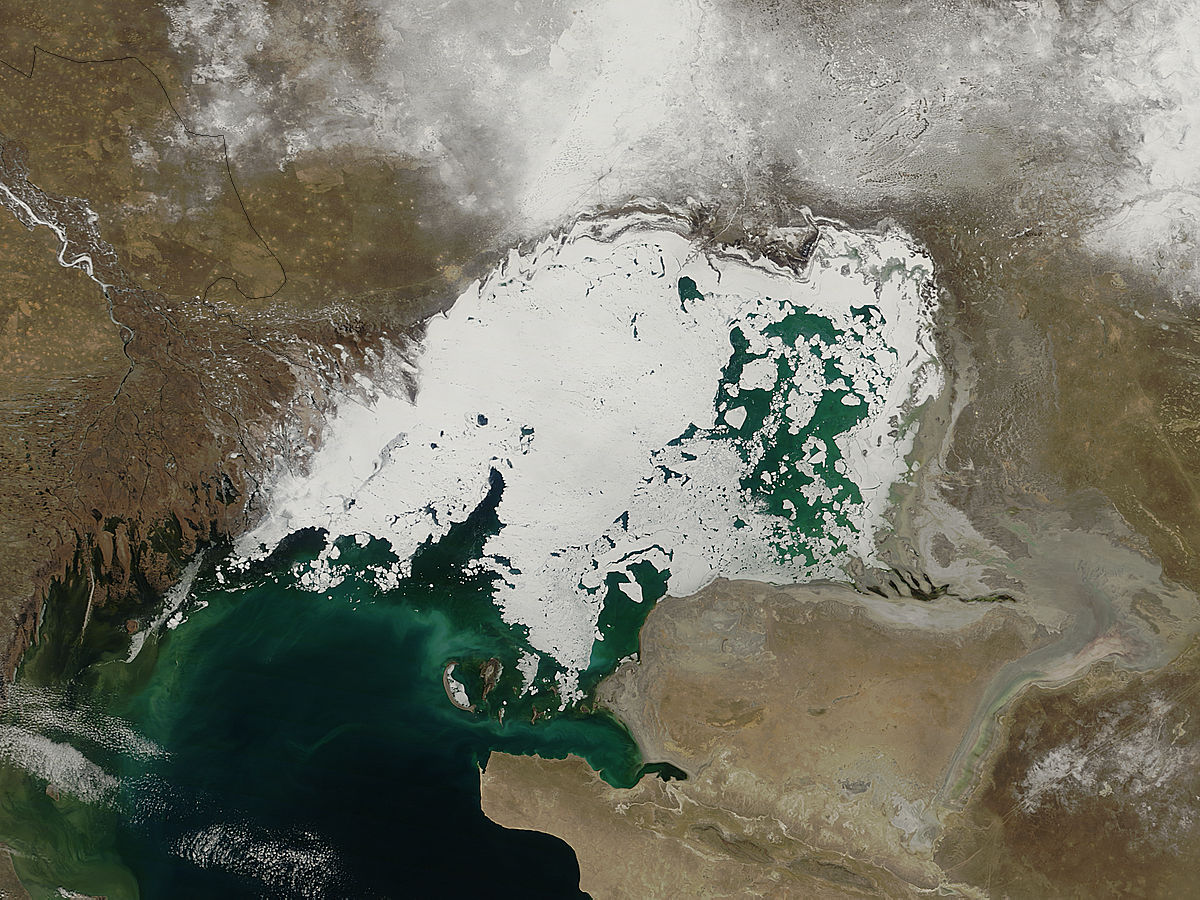 In late February, 2013, a layer of winter sea ice covered most of the northern Caspian Sea, while dust and sediment colored the waters a greenish-tan hue. The Moderate Resolution Imaging Spectroradiometer (MODIS) aboard NASA’s Terra satellite captured this true-color image of the striking winter scene on February 26 as it flew over the region. The Caspian Sea contains about 18,800 cubic miles of water and covers more than 143,000 square miles, making it the largest inland body of water on Earth. It is not the largest freshwater lake, however, because it the waters are about 1/3 of the salinity of seawater, despite the inflow from about 130 rivers, including the Volga. Located southwest of the border between Russia and Kazakhstan, the Volga accounts for about 80 percent of the influx of fresh water into the Caspian Sea. Ice can be seen along the broad northern section of the Volga delta, and on the waters of the adjacent Caspian Sea, while the southern section of the delta remains ice free. The Caspian is a very shallow sea, with an average depth of only 17 feet in the northern section. The southern section, which normally stays ice-free in winter, is deeper, as well as more saline. Because of the shallow nature, the movement of the tide leaves its marks, especially in winter. Close examination of this image, especially at high resolution, reveals several layers of ice along that coast that parallel the shoreline. These are likely created by the freezing of the rising tidal waters as they creep up the shoreline.