By SpaceRef Editor
March 6, 2013
Filed under Earth, MODIS Image of the Day, NASA MODIS Web, US 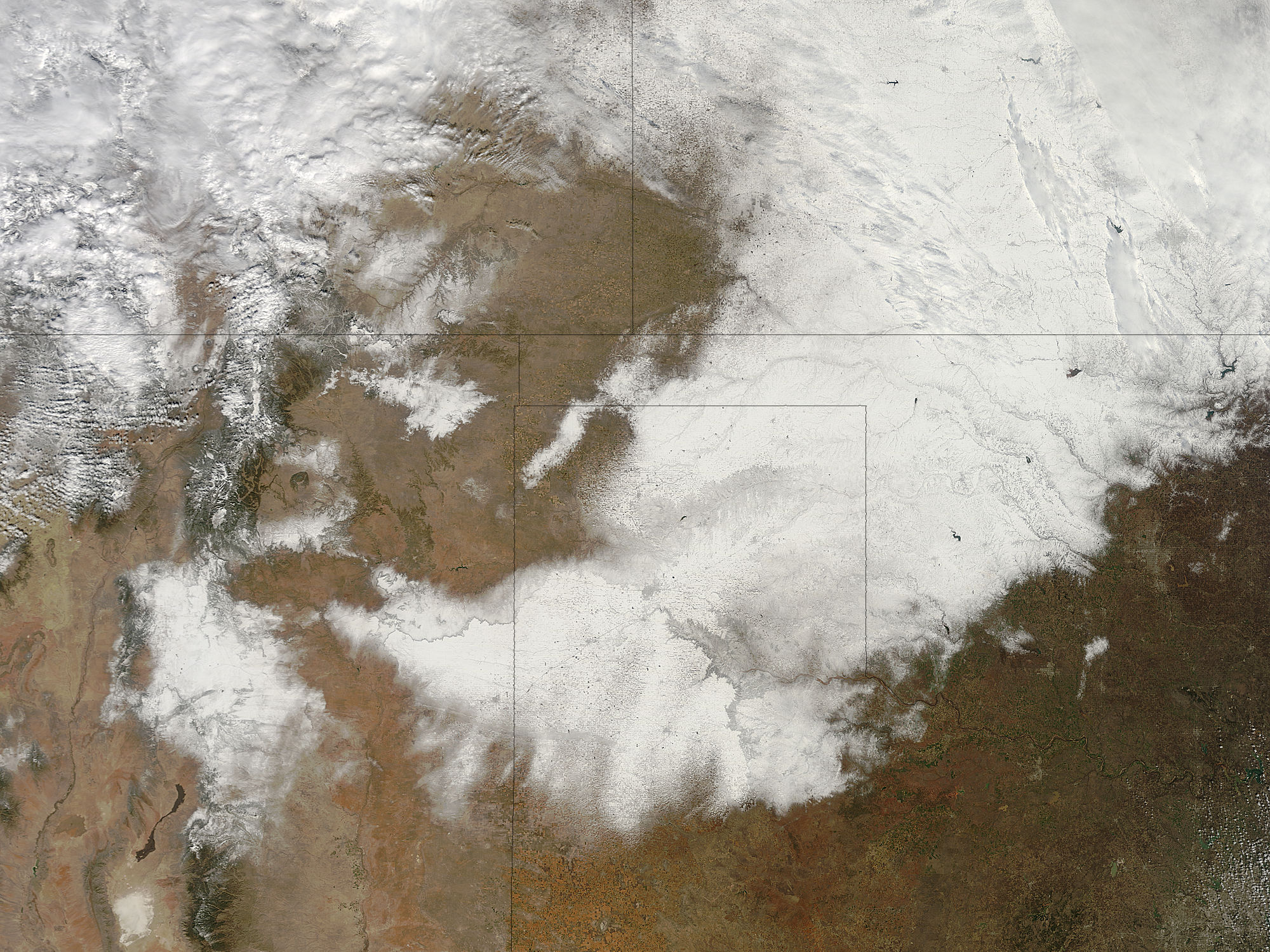 A major winter storm battered the south central United States from February 24-26, 2013, dropping heavy snow across the region. The Moderate Resolution Imaging Spectroradiometer (MODIS) flying aboard the Terra satellite captured this true-color image of the calm after the storm on February 26. In this image, snow and cloud covers Colorado, Kansas wears wintery white, as does portions of the panhandles of Oklahoma and Texas, and New Mexico. According to Oklahoma Weather blog, this storm was the third major winter storm in three weeks, and began as an upper level storm system dove southeast through the Great Basin into New Mexico. It then rapidly lifted as it drove east-northeast through West Texas and intensified. A strong cold front initially brought thunderstorms to much of the region, but extremely cold air just behind the front turned early rain into sleet and snow. Part of the region experienced severe blizzard conditions, and in some places residents reported “thunder snow” – claps of thunder heard during a snowstorm. Extremely heavy bands of snow brought new accumulation of over 15 inches in parts of Oklahoma. When added to the layer left by previous storms, snow depths of 25 inches were reported in some areas. Deep snow drifts – up to 5 to 8 feet – snarled traffic and shut down roads. Power outages, caused by heavy snow and gusty wind, were also reported.