By SpaceRef Editor
March 5, 2013
Filed under Earth, MODIS Image of the Day, NASA MODIS Web, US 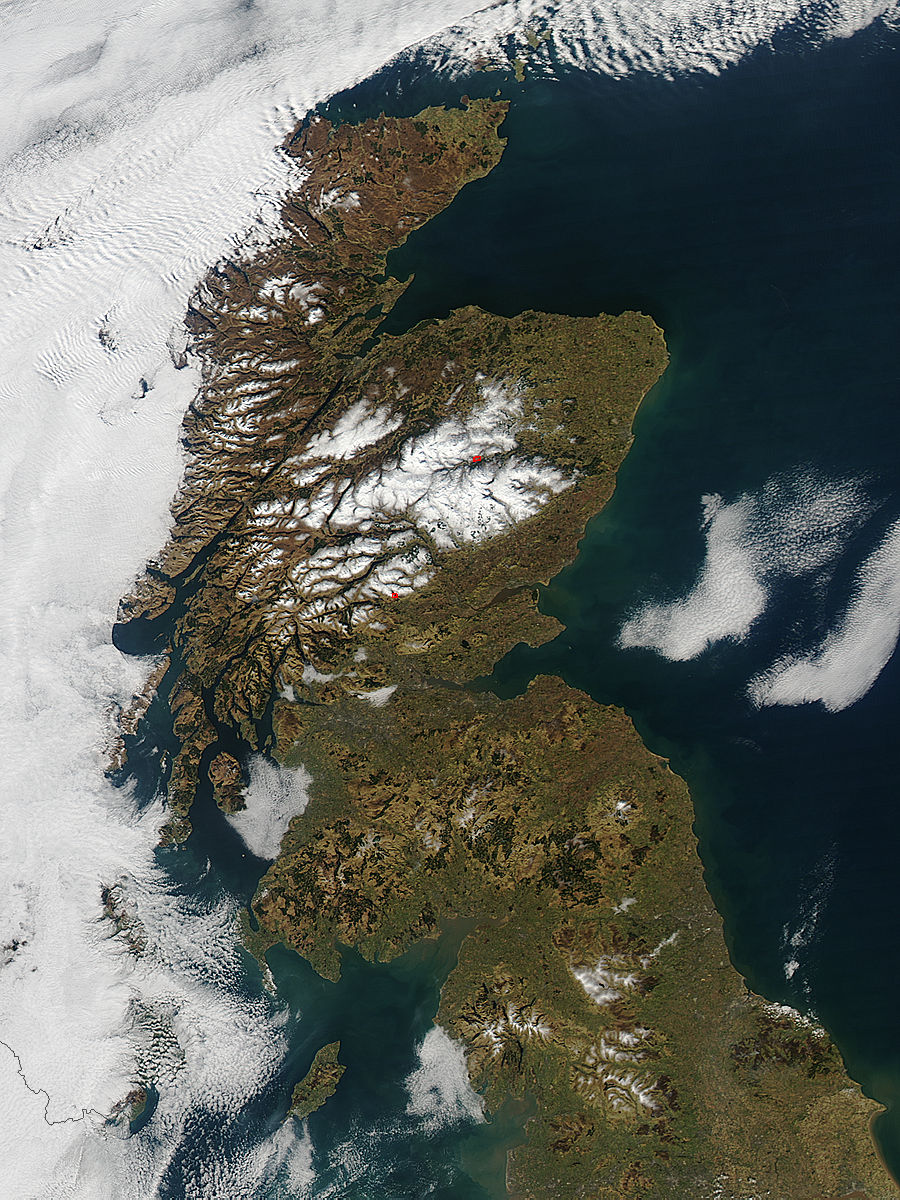 In late February, 2013 the Aqua satellite passed over Scotland as the clouds parted, allowing the Moderate Resolution Imaging Spectroradiometer (MODIS) flying aboard to capture a clear image of the late winter landscape. This image was captured at 1320 UTC (1:20 in the afternoon local time) on February 27. Great Britain makes up about the southern third of the image. The border between England and Scotland runs from the River Tweed on the east coast and the Solway Firth along the Cheviot Hills of the west coast. The Solway Firth is an estuary of the Irish Sea, and was filled with tan-colored sediment at the time of this image. Further north on the west coast of Scotland, the Firth of Clyde is hidden under a bank of low clouds (fog). Scotland’s Southern Uplands lie just north of the border and the Central Lowlands just north of that. The Grampian Mountains are found in the center of the country, and the high peaks wear a covering of snow and ice year-round. Finally the Northern Highlands can be seen peeking out from under a large bank of clouds. The Northern Highlands and the Grampian Mountains are separated by a striking feature – the Great Glen Fault. This is a 100 km-long strike-slip fault which runs from Moray Firth in the east to Fort William at the head of Loch Linnhe in the west. The Great Glen contains the United Kingdom’s deepest freshwater loch, the famous Loch Ness.