By SpaceRef Editor
March 31, 2013
Filed under Earth, MODIS Image of the Day, NASA MODIS Web, US 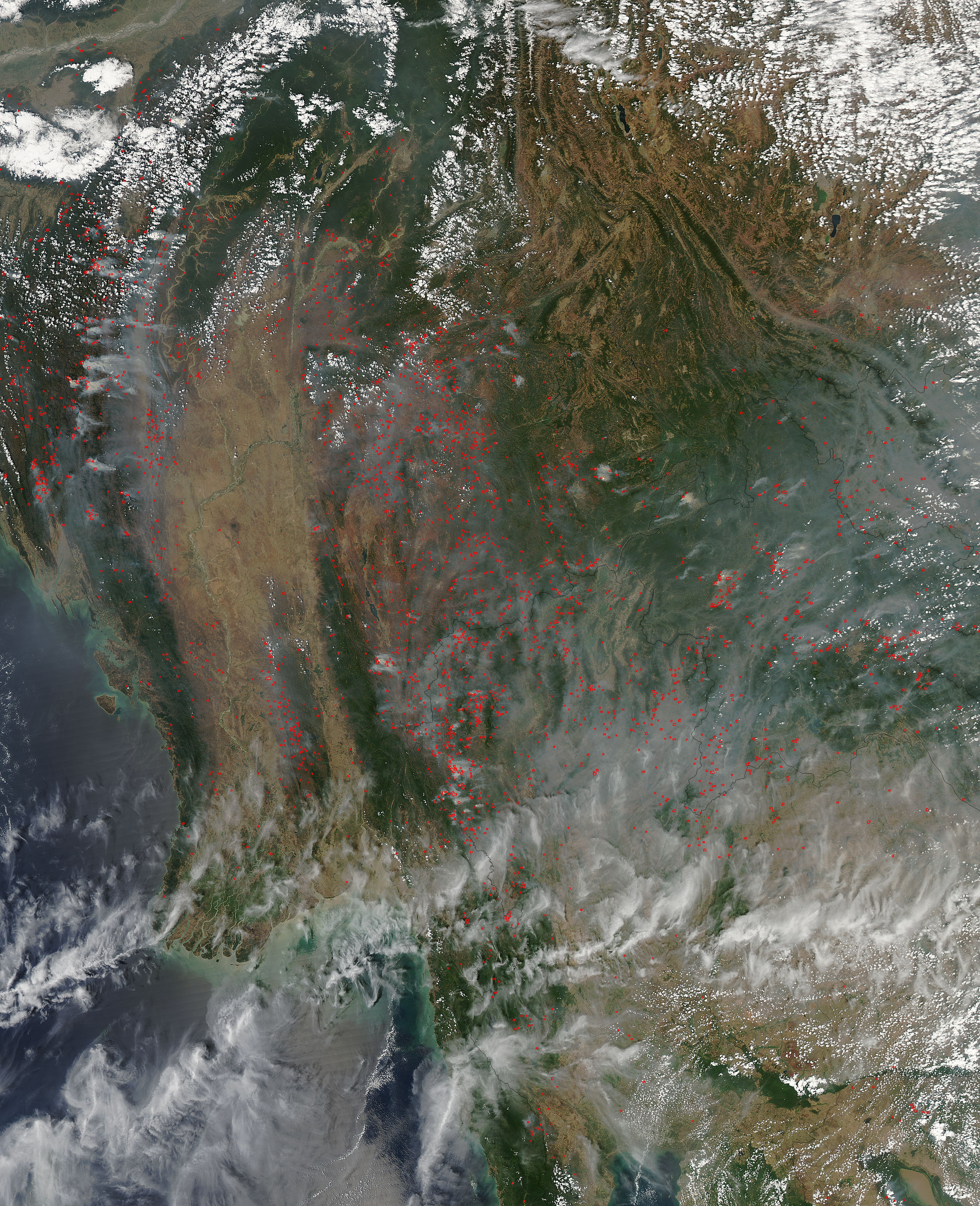 Hundreds of fires speckled the landscape across Indochina in late March, 2013. The Moderate Resolution Imaging Spectroradiometer (MODIS) aboard NASA’s Aqua satellite captured this true-color image on March 20 at 6:55 UTC (1:25 p.m. local time). “Hot spots” are marked in red, and indicate areas where the thermal sensors have detected temperatures higher than background. When accompanied by smoke plumes, such hot spots are diagnostic of actively burning fires. March marks the end of the cool, dry season, and the time when fires – both intentional and accidental – become widespread across the region. At that time, vegetation has become dry and highly flammable, and farmers turn to fire to clear crop residue, clear cropland for the next growing season, and renew pastures for livestock. In the mountainous regions, fires can be used to convert forest to farmland, either permanently or in a traditional rotational system of agriculture. In this system, small plots of forest are burned, the land cultivated for a time, then the land is allowed to lie fallow and forest to regrow before it is burned again.