By SpaceRef Editor
March 30, 2013
Filed under Earth, MODIS Image of the Day, NASA MODIS Web, US 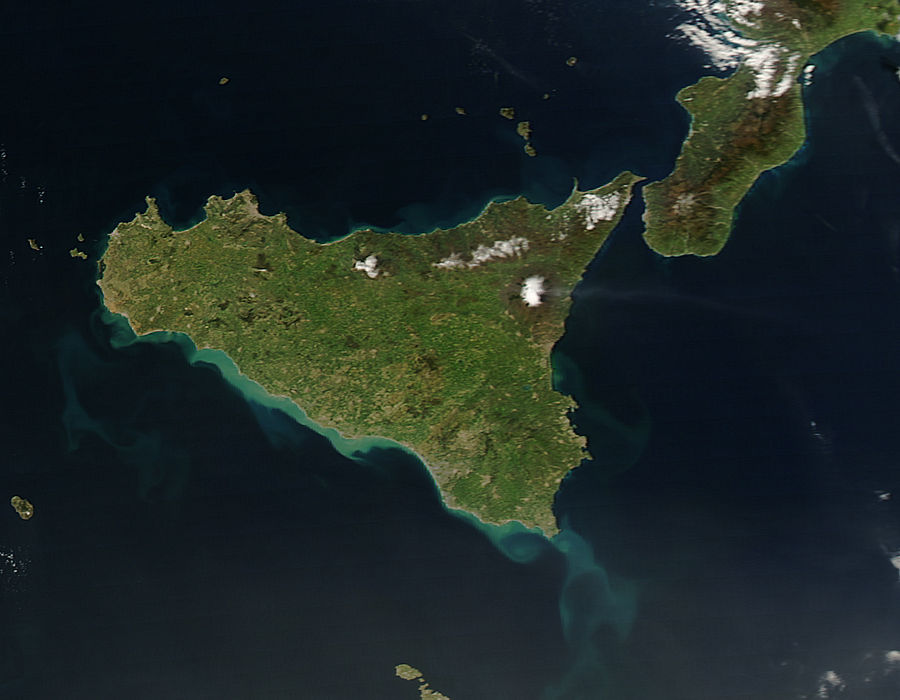 Mt. Etna, Sicily’s restless volcano, continued its nearly-continuous activity in mid-March, 2013. The Moderate Resolution Imaging Spectroradiometer (MODIS) aboard NASA’s Aqua satellite captured a volcanic plume rising from snow-clad Etna on March 19, 2013. Mount Etna is Europe’s tallest and most active volcano, with an eruptive history reaching back more than 2,000 years. It seems to be in nearly constant activity, with intermittent short pauses. The eruptions can be relatively quiet, with tremors accompanying gas and ash plumes, but at times Etna can produce spectacular explosive eruptions. Though generally mild in nature, these eruptions can produce glowing lava fountains that rise high above the summit craters. Several such fountains, rising at least 1 km in height, were reported and photographed on March 16. Since that day, bad weather has limited observations. However, satellites have collected images, such as this one, of rising plumes of gas and ash, and mild tremors continue to be recorded.