NASA MODIS Image of the Day: March 3, 2013 – Saharan dust over the Mediterranean and Red Seas

By SpaceRef Editor
March 3, 2013
Filed under Earth, MODIS Image of the Day, NASA MODIS Web, US 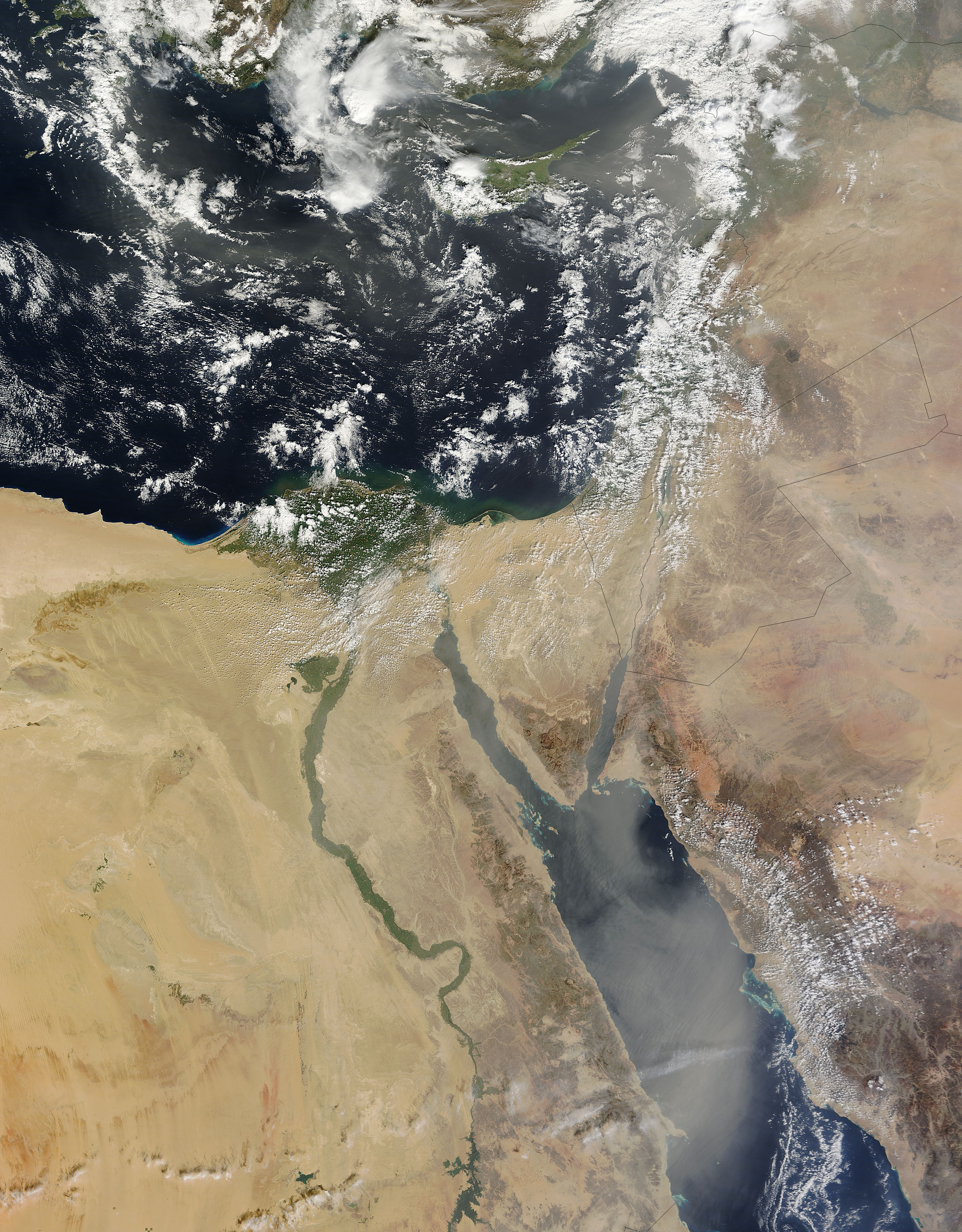 Dust continued to blow over the Mediterranean Sea in late February 2013. The Moderate Resolution Imaging Spectroradiometer (MODIS) on NASA’s Terra satellite captured this true color image of the scene on February 23. Along the coast, dust obscures eastern Egypt, including parts of the Nile Delta, Israel, Lebanon, and Syria. Further inland, Jordan, Iraq and Saudi Arabia all lie under a layer of airborne dust. A veil also hangs over the Red Sea. Dust storms in this region are common, as large seas of sand are found in Egypt and Libya and strong winds often raise the sand and dust aloft.