By SpaceRef Editor
March 29, 2013
Filed under Earth, MODIS Image of the Day, NASA MODIS Web, US 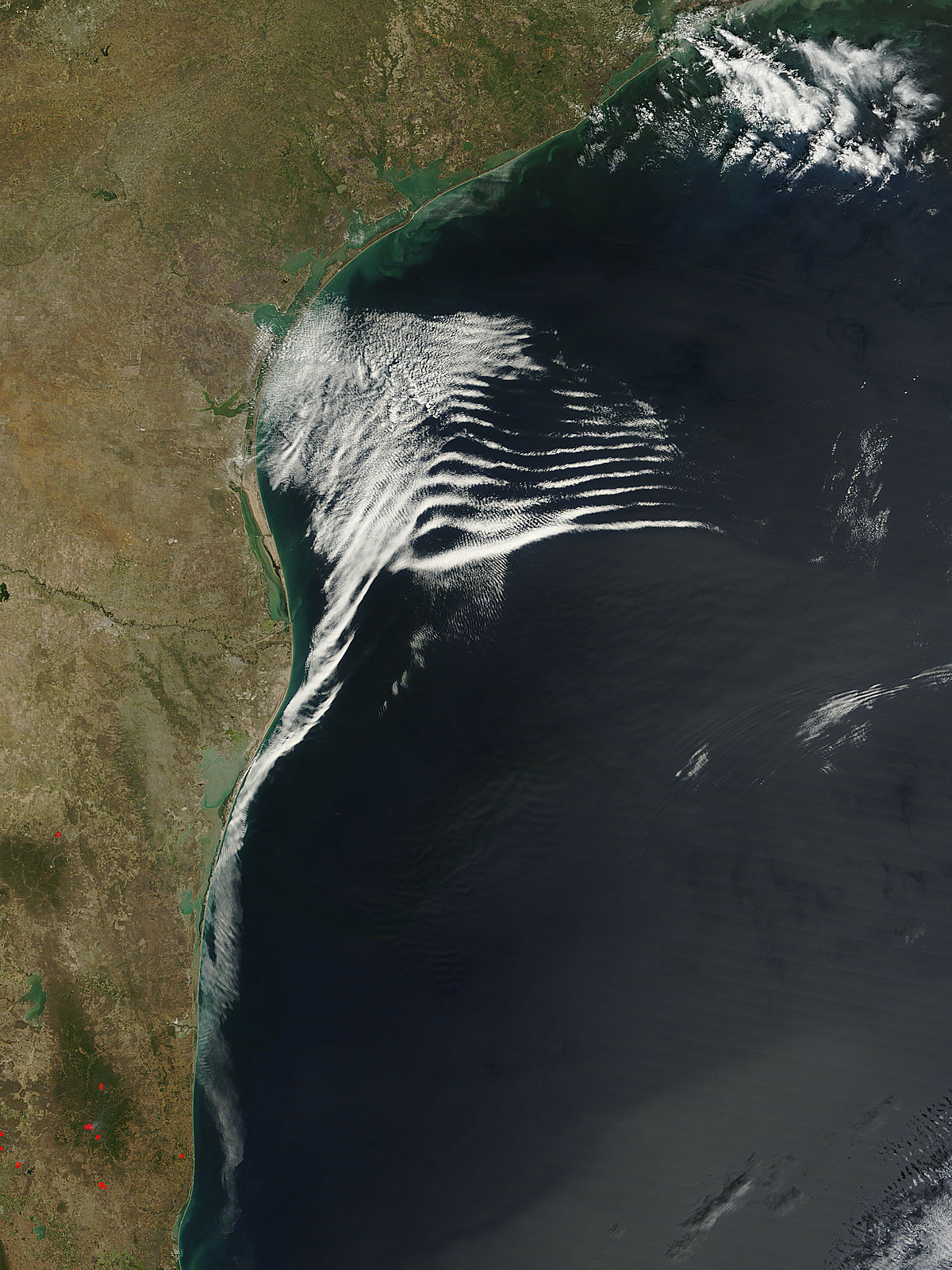 On March 18, 2013, the Moderate Resolution Imaging Spectroradiometer (MODIS) aboard NASA’s Terra satellite captured a true-color image of wave clouds across the Gulf of Mexico. In this image, the black border line demarcates the boundary between Texas (north) and Mexico (south). The center of the ripple-like pattern of wave clouds sits just offshore of the city of Corpus Christi. These wave clouds are part of an undular bore – a disturbance that’s typically generated when the cold, dry air from a moving cold front collides with a relatively stable area of warm, moist air. As the low-pressure system lifts the warmer air, it creates a rolling atmospheric wave. As the warmer is pushed aloft, it cools, falls again, and then rises again, creating high ridges and low troughs in an undulating pattern well ahead of the cold front. Clouds form at the high-altitude, cold peaks, and dissipate completely at the trough. The result is a cloud-and-clear pattern, as seen here, that illustrates the undulating motion of the atmosphere. Undular bores are uncommon and hard to predict, but this is the second one to be captured over the Gulf of Mexico in March of this year (the first was reported on March 5). Undular bores are not static – the clouds roll forward ahead of the moving front. On March 18, the GOES-13 Imager captured a time series of images showing the motion of this event. This video can be seen at: http://cimss.ssec.wisc.edu/goes/blog/wp-content/uploads/2013/03/130318_g13_vis_TX_bore_anim.gif