By SpaceRef Editor
March 26, 2013
Filed under Earth, MODIS Image of the Day, NASA MODIS Web, US 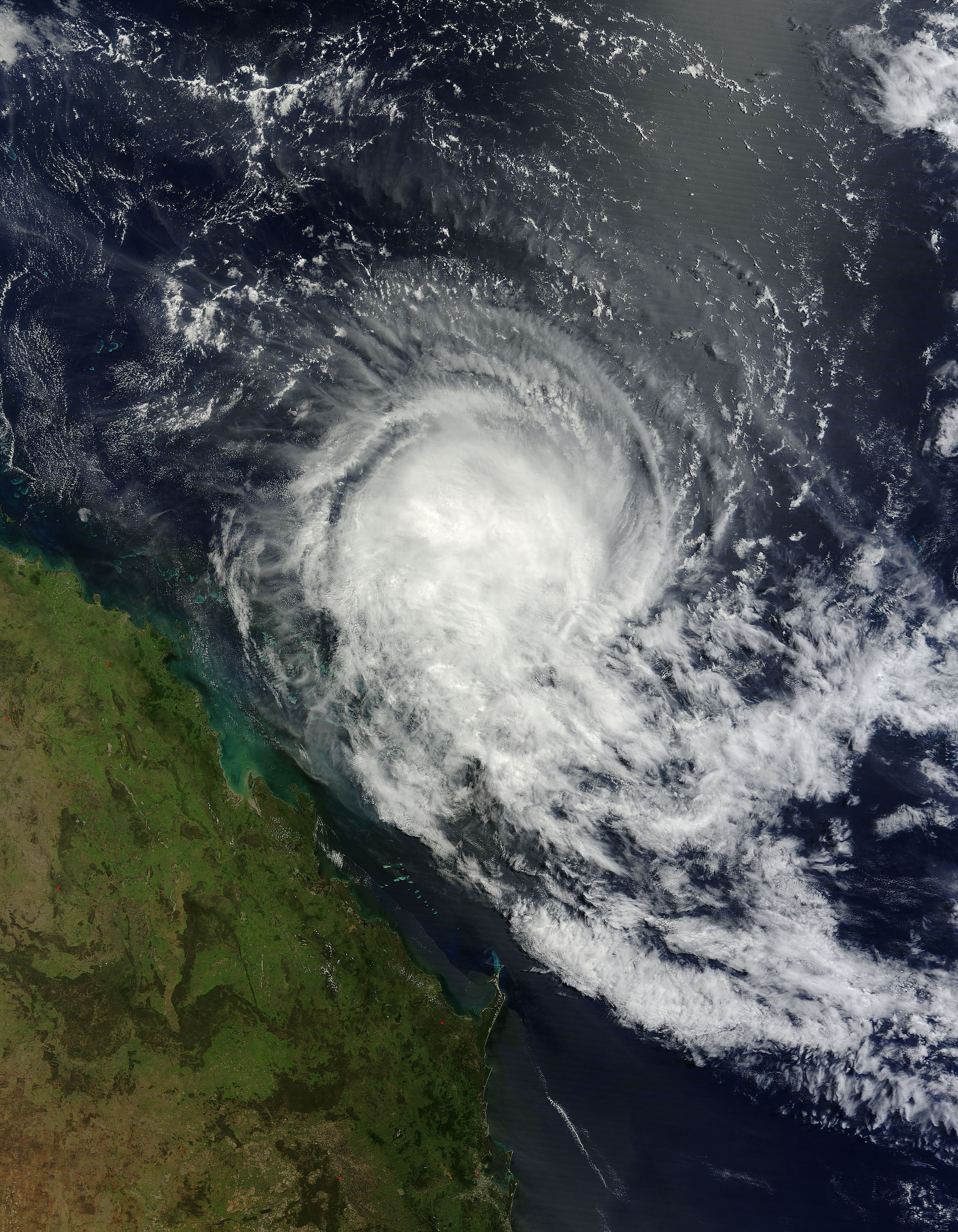 Tropical Storm Tim formed over the Coral Sea on March 13, 2013, and remained off the coast of northeastern Australia for the next four days. The Moderate Resolution Imaging Spectroradiometer (MODIS) on NASA’s Terra satellite captured this true-color image of Tim on March 17. At that time Tim was being battered by wind shear and weakening, although it still retained the compact, spiral shape of a tropical cyclone. Unisys Weather reported that Tim’s wind speeds rose to 55 knots (100 kilometers per hour) on March 14, but by March 17, speeds had dropped to 35 knots (65 kilometers per hour). Over the next few days the remnants of Tropical Cyclone Tim remained close to the Queensland coast, bringing strong winds and rain to the region.