By SpaceRef Editor
March 25, 2013
Filed under Earth, MODIS Image of the Day, NASA MODIS Web, US 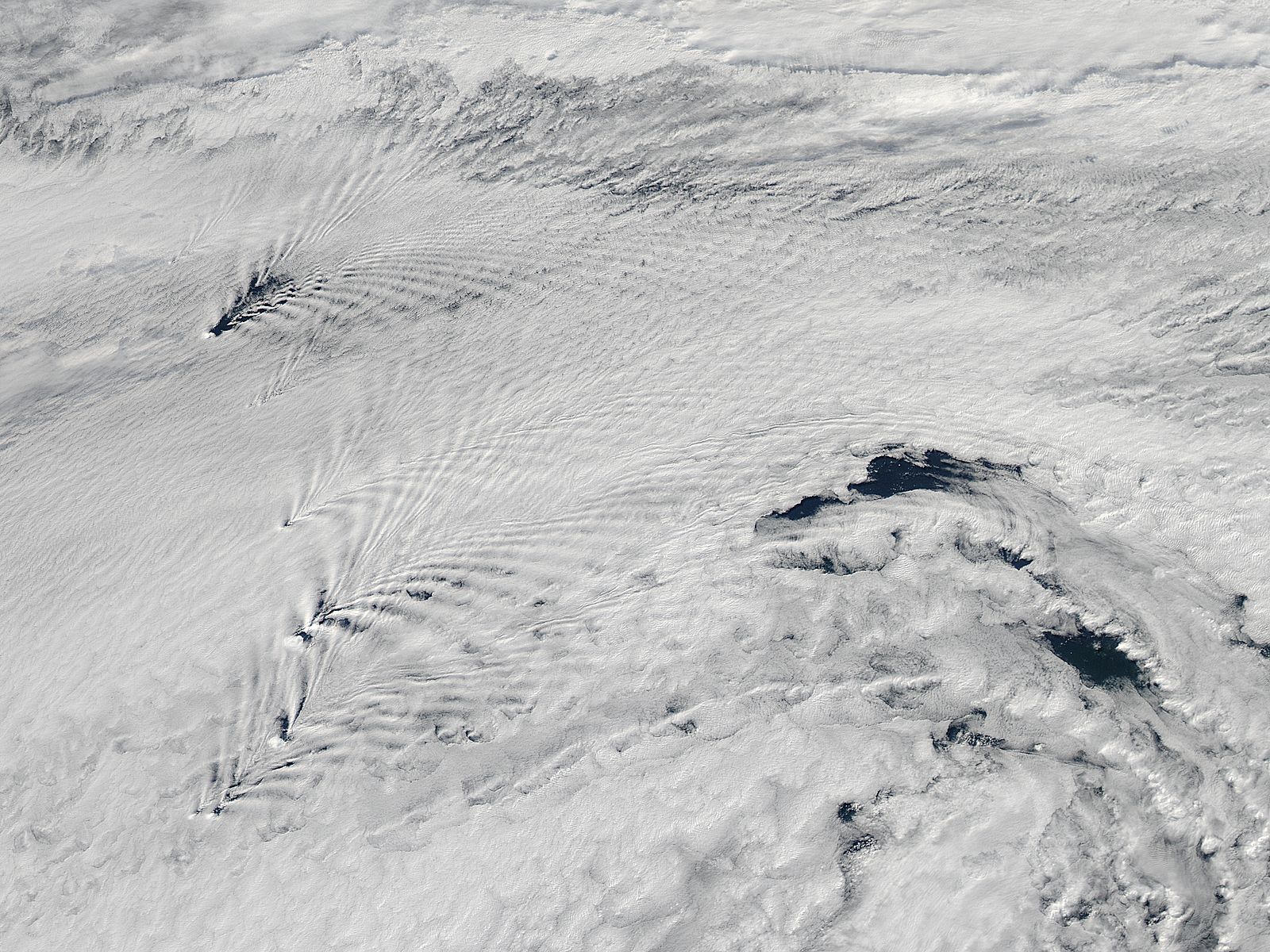 In mid-March, 2013, the clouds above the South Sandwich Islands held a hidden clue to events occurring on the ground. At first glance, this true-color image seems to be little more than a study of spectacular ship-wave-shaped wave clouds induced by the steep terrain of the islands. However, when the same scene is viewed in false-color (which can be done by rolling the cursor over the top image), a white streak on the leeward side of one of the islands appears in clear contrast to the blue-tinted clouds. This streak is a volcanic plume rising from the Mount Michael volcano. The Moderate Resolution Imaging Spectroradiometer (MODIS) aboard NASA’s Aqua satellite captured this set of images on March 15 as it passed over the remote Scotia Sea. Ship-wave-shaped wave clouds trail on the leeward side of each small, steep island. The fourth island from the top is Saunders Island, a small, glaciated island. It is home to Mount Michael volcano, a frequently active stratovolcano, which rises 990 meters into the clouds. A large, 700 meter wide crater dominates the summit of the symmetrical volcano, and is believed to contain a lava lake. Explosive eruptions from Michael are rare – but vapor emissions occur frequently. The MODIS instrument collects data in 36 bands, each one a different wavelength of electromagnetic energy (including both light and heat). Different bands and band combinations can be used to study different parts of the Earth, such as clouds, vegetation, ocean color and temperature. The combination of bands 1, 4 and 3 are used to create true-color images, in which objects appear as if seen by the human eye. Bands 7, 2 and 1 are combined to create false color images. In this combination, cloud appears bright blue, vegetation appears lime green and land appears tan, while pale, gaseous volcanic emissions remain bright white.