By SpaceRef Editor
March 23, 2013
Filed under Earth, MODIS Image of the Day, NASA MODIS Web, US 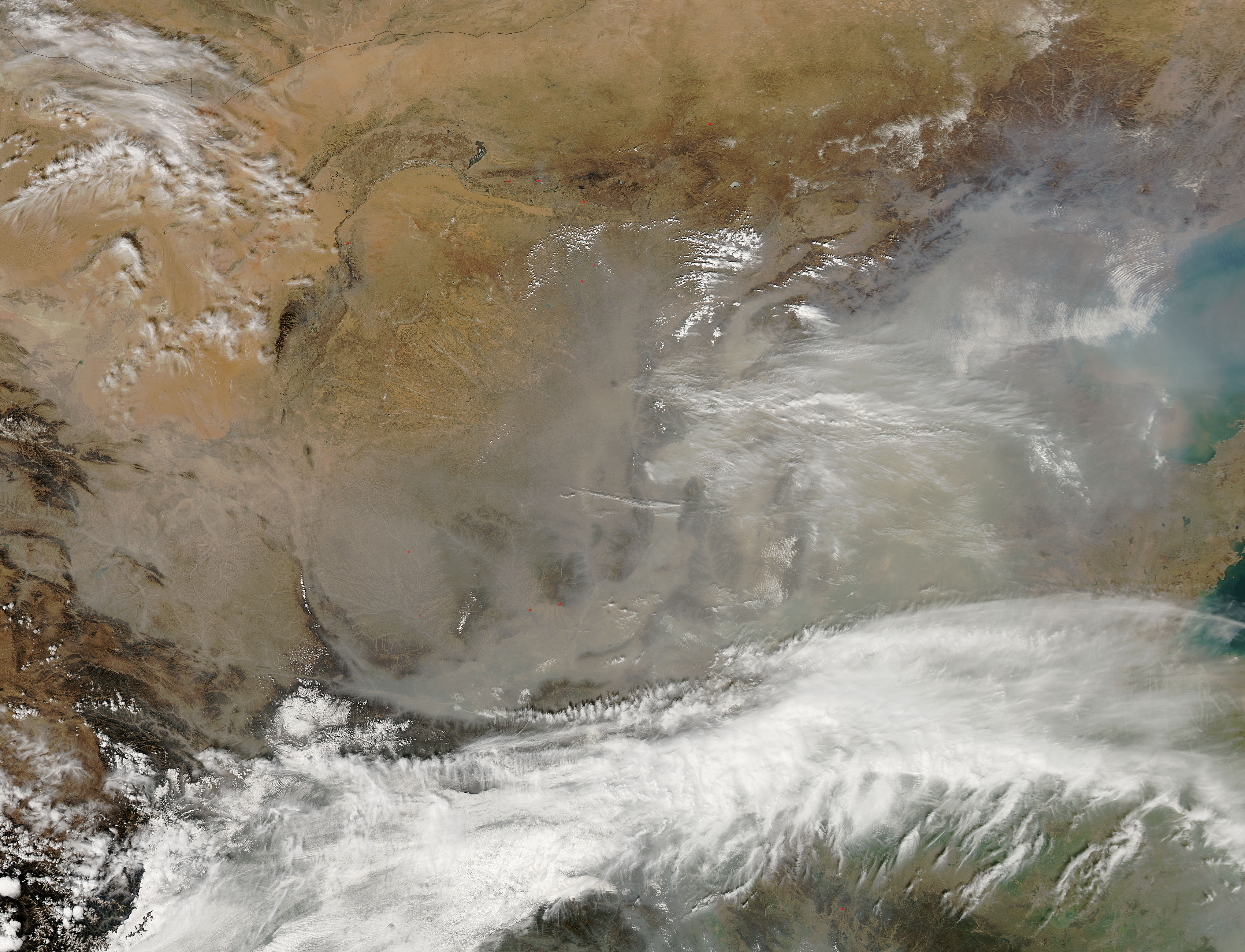 Dust from the Gobi Desert blew across the coastal plain of eastern China in mid-March 2013. When the Moderate Resolution Imaging Spectroradiometer (MODIS) on NASA’s Aqua satellite captured this true-color image on March 14, aerosols were thick over Beijing and the Bo Hai Sea. Although dust hung heavy over the plain, some mountain peaks (such as those of the Taihang Shan) rose above the dust and haze. Dust had been blowing through China for several days by the time MODIS captured this image. Arising along the border between China and southwestern Mongolia, the dust extended as far south as the Sichuan Basin. On March 10, China Daily reported that winds had blown haze out of the Beijing area but brought in dust to replace it. As a result, the major air pollutant in the capital city changed from PM2.5 to PM10. Both PM2.5 and PM10 particles can pose health hazards, although PM2.5 particles are generally considered more dangerous because their smaller size allows them to be inhaled more deeply into the lungs. Within a few days, PM2.5 levels had risen again; the Twitter feed from the U.S. Embassy in Beijing reported PM2.5 readings of unhealthy and very unhealthy as of March 14. High winds in eastern China downed power lines, blew the roof off a factory, and fanned the flames of a wildfire at Mount Taishan, a World Heritage site, according to China Daily. The mid-March dust was the second dust event to affect Beijing in 2013.