By SpaceRef Editor
March 21, 2013
Filed under Earth, MODIS Image of the Day, NASA MODIS Web, US 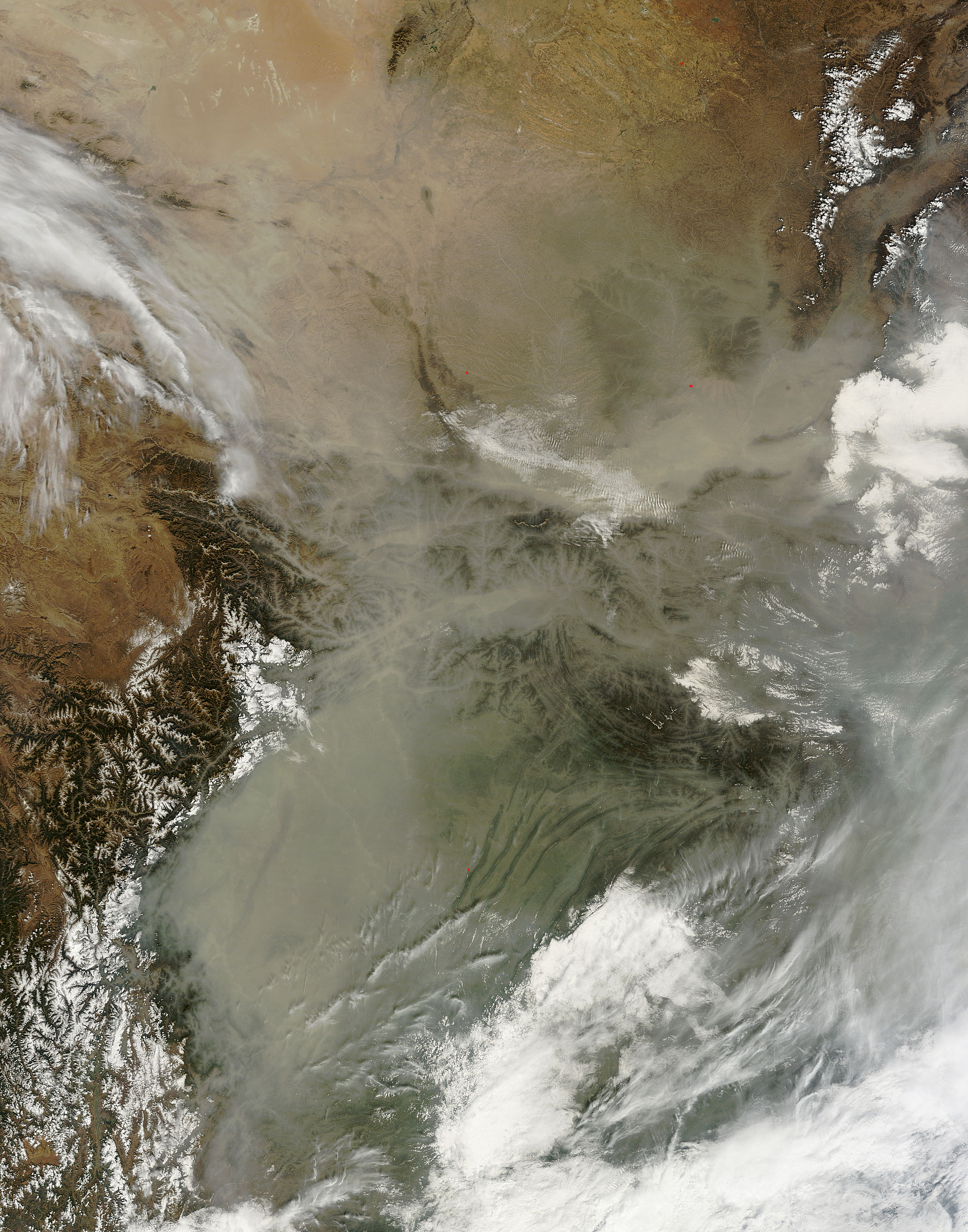 Dust that arose along the China-Mongolia border in early March 2013 had blown into central China by March 13. The plumes stretched as far eastward as Henan Province and as far south as the Sichuan Basin. The Moderate Resolution Imaging Spectroradiometer (MODIS) on NASA’s Terra satellite captured this natural-color image on March 13. Dust obscured the satellite’s view of the land in many locations, although in some areas it was confined to valleys while mountain peaks poked above the plumes. The dust appeared thickest in the northeast, next to a thick bank of clouds. Airborne dust had already affected air quality in Beijing by the time MODIS acquired this image. China Daily reported that the dust arriving in early March was the second episode of dusty weather to affect the capital city in 2013. The Gobi Desert ranks among the world’s leading dust producers, and March typically brings the greatest number of dust storms, according to the University Corporation for Atmospheric Research.