NASA MODIS Image of the Day: March 20, 2013 – Clouds in the southern Indian Ocean

By SpaceRef Editor
March 20, 2013
Filed under Earth, MODIS Image of the Day, NASA MODIS Web, US 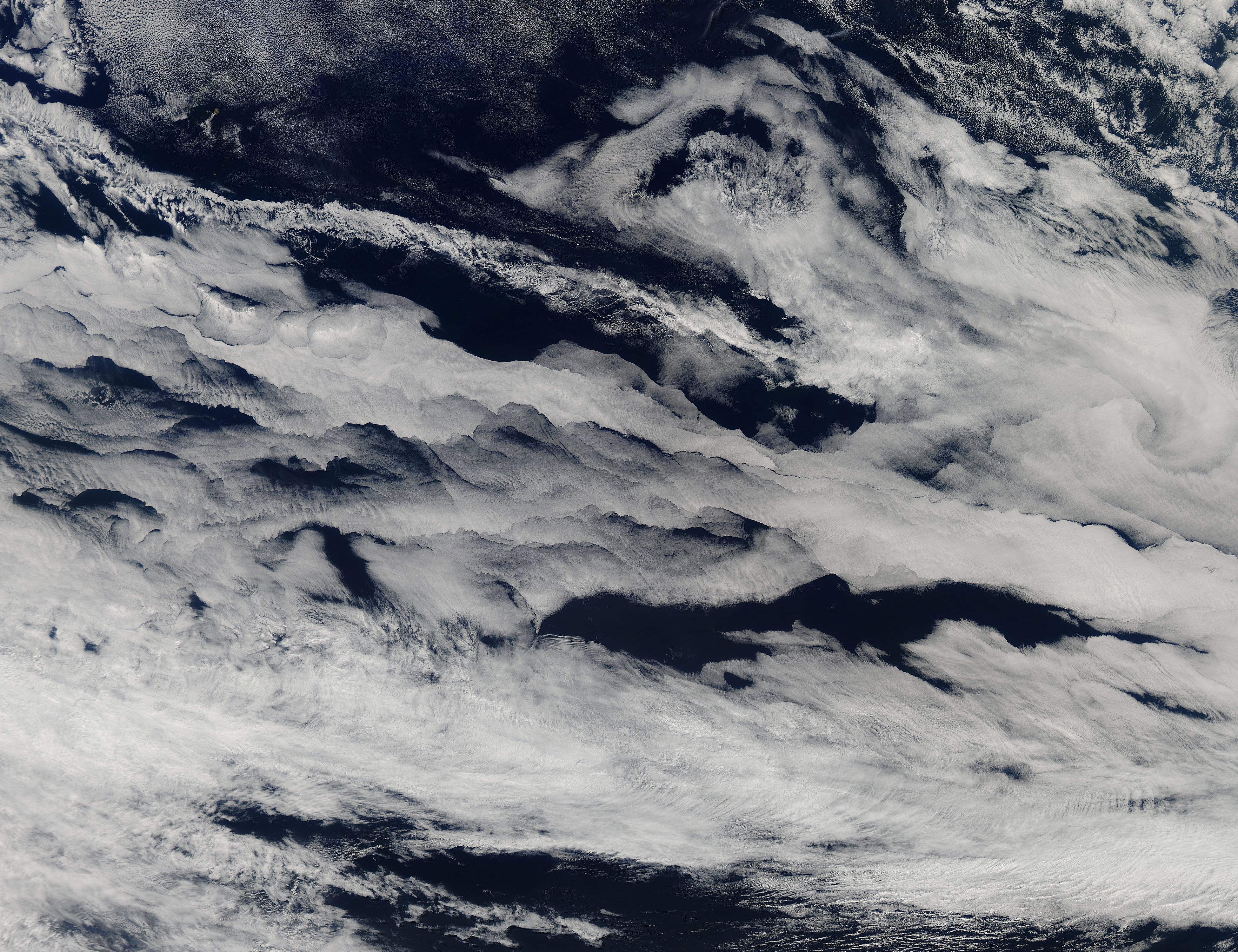 Marine stratocumulus clouds stretched across the southern Indian Ocean in early March 2013. The Moderate Resolution Imaging Spectroradiometer (MODIS) on NASA’s Aqua satellite acquired this natural-color image on March 11, as a striking band of clouds ran roughly northwest to southeast over the open ocean. Earth’s boundary layer extends upward from the land or ocean surface to roughly 2 kilometers (1 mile) in altitude, and it is the part of the atmosphere where interactions with the planet surface have the strongest effects. Patrick Minnis of NASA’s Langley Research Center explains that the clouds in this image likely formed underneath a strong inversion, in which air above the boundary layer was sinking. “The clouds in the northwest are below one kilometer in altitude,” Minnis noted, “while the remaining clouds, which are thicker and more developed, are between one and two kilometers.” Minnis also noted that an atmospheric eddy was swirling in the east, and explains that it is “comparable to a small-scale, low-pressure system confined to the boundary layer.”