By SpaceRef Editor
March 19, 2013
Filed under Earth, MODIS Image of the Day, NASA MODIS Web, US 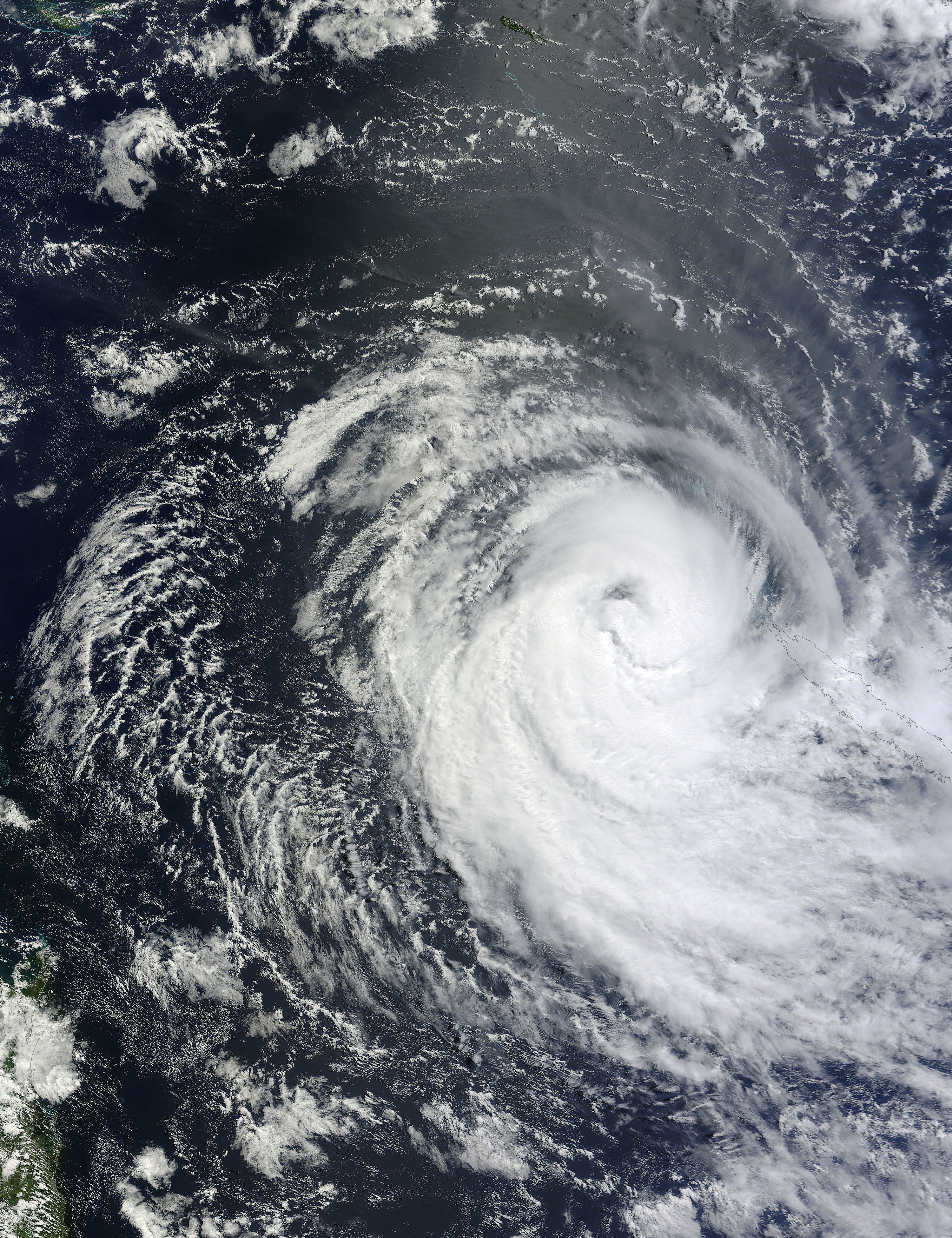 Sandra formed as a tropical storm over the southern Pacific Ocean on March 7, 2013, and strengthened into a cyclone two days later. On March 11, the U.S. Navy’s Joint Typhoon Warning Center (JTWC) reported that Sandra was located roughly 350 nautical miles (650 kilometers) northwest of Nouméa, New Caledonia. The storm had maximum sustained winds of 90 knots (165 kilometers per hour) and gusts up to 110 knots (205 kilometers per hour). The Moderate Resolution Imaging Spectroradiometer (MODIS) on NASA’s Terra satellite captured this natural-color image of Sandra on March 10. The eye of the cyclone was located northwest of New Caledonia and west of Vanuatu, and storm clouds spanned hundreds of kilometers. On March 14 Tropical Cyclone Sandra was weakening in the Coral Sea, with sustained winds of 40 knots (70 kilometers per hour), with gusts to near 50 knots (92.6 kilometers per hour). The storm was located approximately 465 nautical miles south-southwest of Nouméa. The JTWC issued its final warning on Sandra on that same day.