By SpaceRef Editor
March 18, 2013
Filed under Earth, MODIS Image of the Day, NASA MODIS Web, US 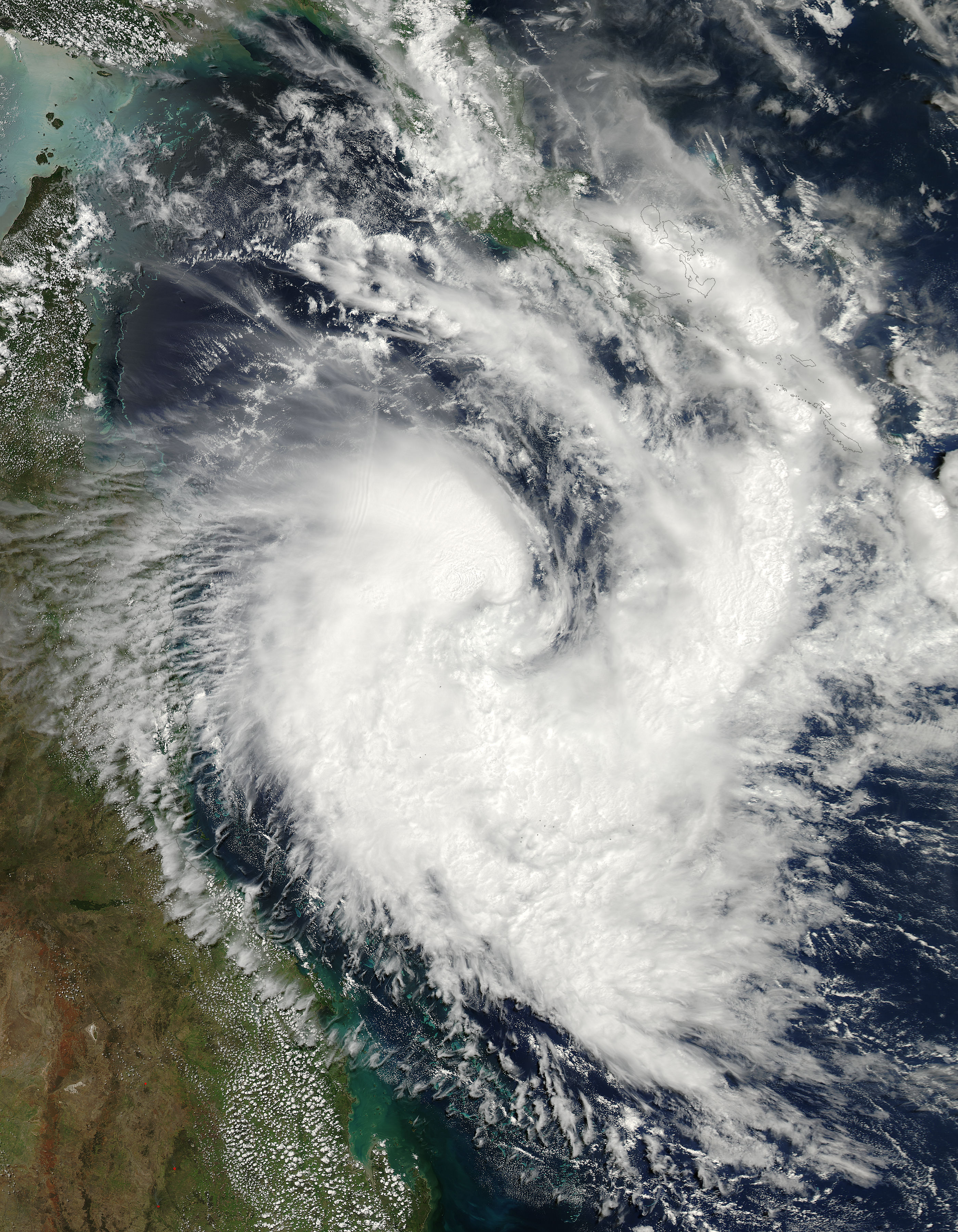 The Moderate Resolution Imaging Spectroradiometer (MODIS) aboard NASA’s Aqua satellite captured this true-color image of Tropical Cyclone Tim over the Coral Sea on March 14, 2013 at 405 UTC (1205 a.m. EDT). Large bands of thunderstorms wrap into the center from the south and east, and the leading edge of the lighter, western, rain bands are brushing the Queensland coast. In the northeast, rain bands overlie Papua New Guinea. On March 14 at 0900 UTC (5 a.m. EDT), Tim was located 15.2 south latitude and 150.3 east longitude, just 80 nautical miles north of Willis Island, Australia (which is located east of the mainland, Queensland). Maximum sustained winds were near 50 knots (57.5 mph/92.6 kph), and Tim was expected to intensify over the next couple of days before weakening. Cyclone Tim evolved from System 96P, which developed over the Coral Sea and wandered off the coast of northeastern Australia before maturing into a tropical storm late on March 13. By March 15, easterly wind shear had begun to wear on the storm, causing it to slow and begin to weaken. At 2:31 p.m. EDT on March 17, the Australian Government Bureau of Meteorology issued its final warning on Cyclone Tim. At that time, it was reported that the system was expected to weaken below cyclone strength by late in the day. Gale force winds were expected to affect the coast as the remnants approach the coast over the next two days.