By SpaceRef Editor
March 16, 2013
Filed under Earth, MODIS Image of the Day, NASA MODIS Web, US 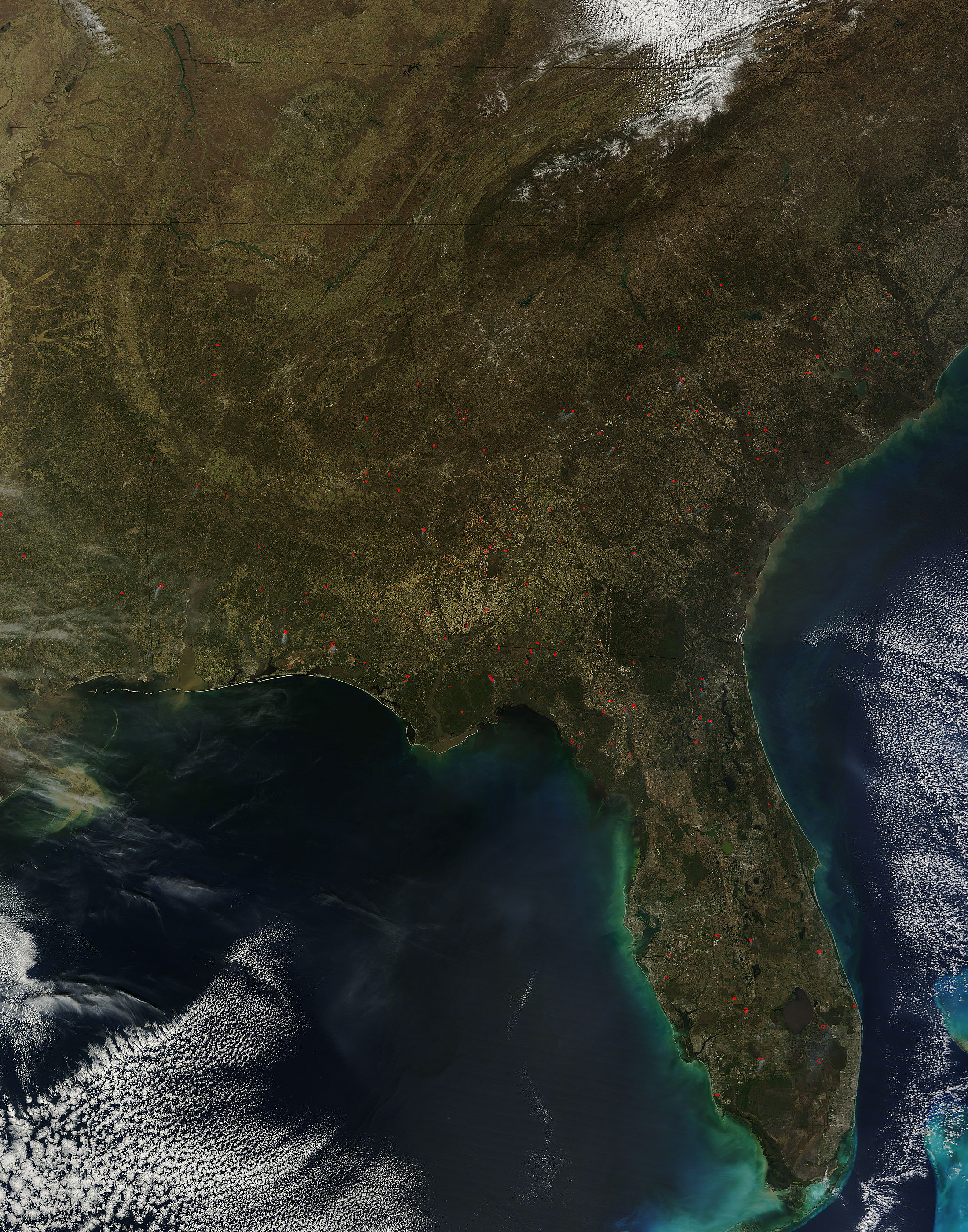 Late winter wildfires speckled the southeastern United States in early March, 2013, burning thousands of acres in South Carolina, Georgia, Alabama and Florida. A very dry February, especially in parts of Florida, led to abundant dry fuel, and an increased risk of fire ignition and spread. The Moderate Resolution Imaging Spectroradiometer (MODIS) flying on the Terra satellite captured this true-color image on March 8 at 16:30 UTC (11:30 a.m. EST). Red dots mark areas where the thermal sensors on the MODIS instrument detected higher than background temperatures. When combined with typical smoke plumes, such marks indicate active fires. According to the National Interagency Fire Center (NIFC) in Boise, Idaho, nine active large fires were burning on March 8, and those large fires had burned 13,226 acres. According to NIFC a “large fire” is defined as a wildfire of 100 acres or more occurring in timber, or a wildfire of 300 acres or more occurring in grass or sage.