By SpaceRef Editor
March 13, 2013
Filed under Earth, MODIS Image of the Day, NASA MODIS Web, US 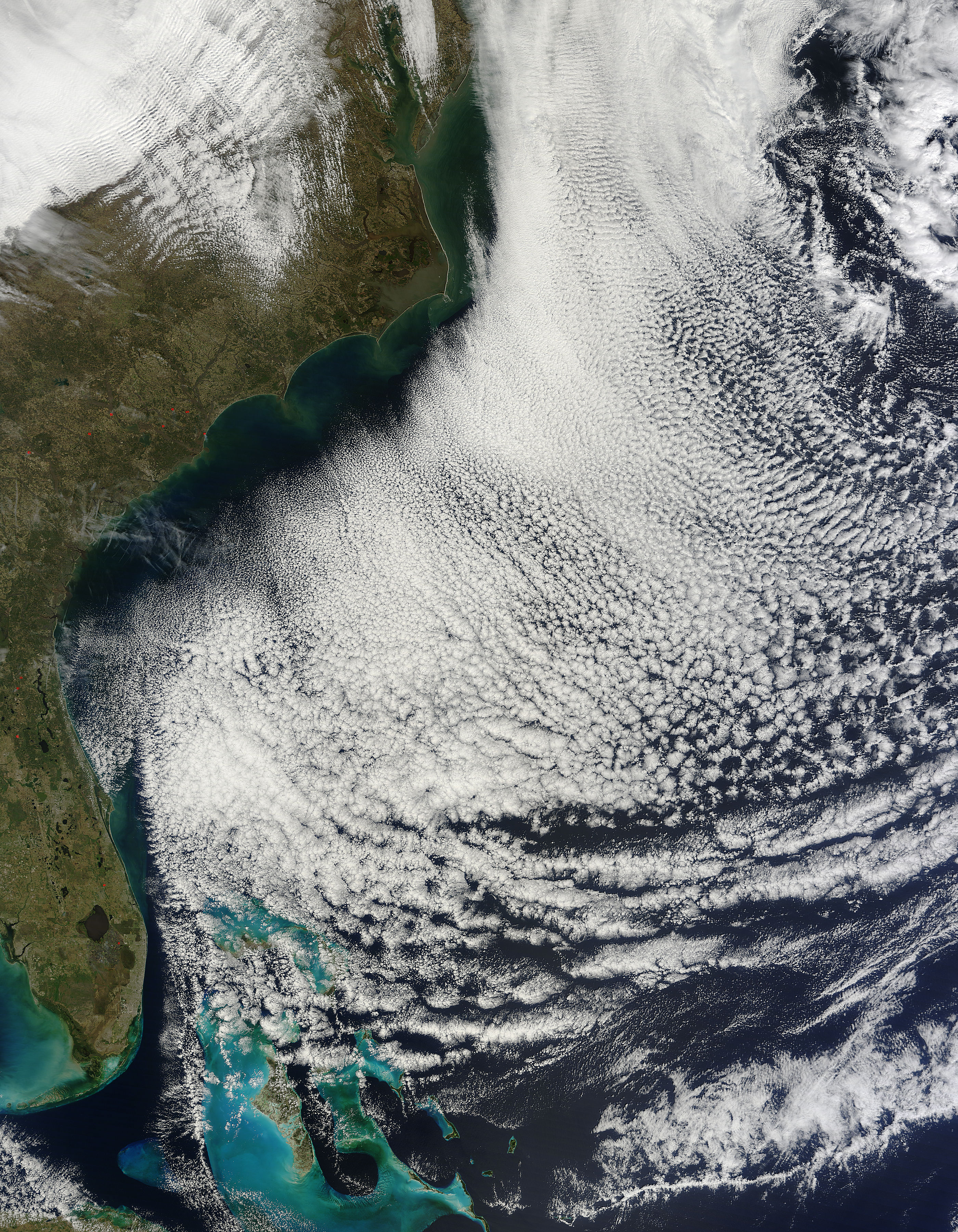 A late winter coastal storm rolled across the United States in early March, 2013. By March 7, the strong low pressure system that formed the center of winter storm Saturn was pulling away from land, but the storm bands on the west side of the storm continued to bring strong winds and snow across New England and the Mid-Atlantic region. NASA’s Terra satellite crossed the southeastern United States on March 7, allowing the Moderate Resolution Imaging Spectroradiometer (MODIS) instrument flying aboard to capture this true-color image of the tell-tale clouds of Saturn at 1550 UTC (10:50 a.m. EST). At that time, a circular cloud pattern indicating the edge of the central low pressure area spun over the Atlantic Ocean, well offshore of the coast of North Carolina and Delaware. It can be seen on the northeast edge of this image. The clouds to the west of the circular pattern are storm bands, and are shaped by northwesterly winds created by counter-clockwise rotation of the storm. As the winds blow southward and eastward, they carry cold inland air across relatively warm ocean water. Under these conditions, clouds readily form, and they align in parallel rows with the prevailing wind. Known as “cloud streets” this pattern most distinct near the coast, while further over the ocean the clouds tend to coalesce into a more random pattern as winds die down. Rows of clouds are also seen well inland, but they are quite different than the wind-aligned offshore cloud streets. The inland clouds align in rows perpendicular to the prevailing wind. Known as “mountain wave clouds”, they are caused by strong northwesterly winds interacting with the steep terrain of the Appalachian Mountains, creating turbulence. Rotor clouds form on the lee side of the mountains at the crests of waves rising in the turbulence, while in the trough of the waves the clouds dissipate. The result is a parallel banding, or waves, which appears similar to cloud streets at first glance, but is quite different in origin.