By SpaceRef Editor
March 11, 2013
Filed under Earth, MODIS Image of the Day, NASA MODIS Web, US 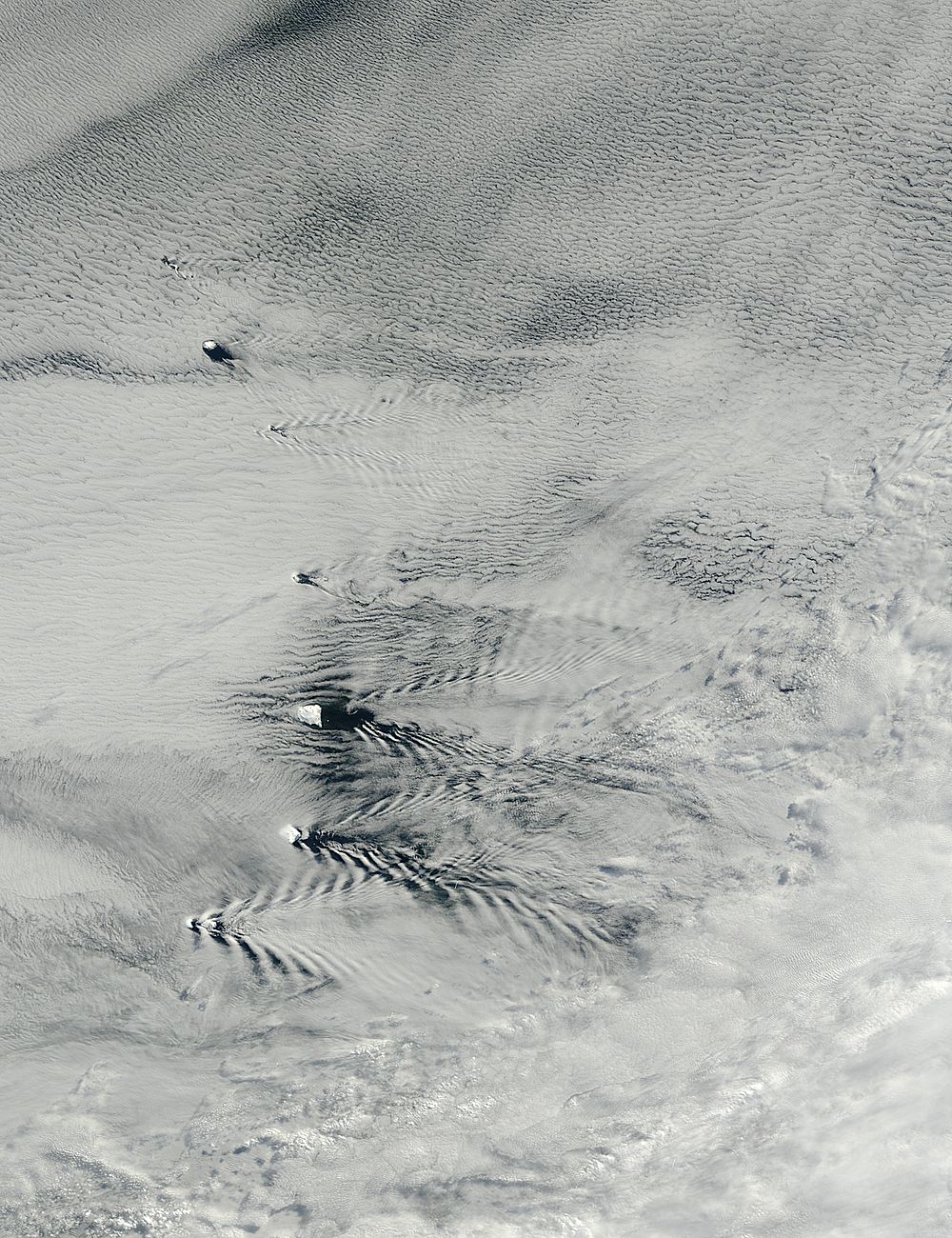 The Moderate Resolution Imaging Spectroradiometer (MODIS) aboard the Terra satellite passed over the southern Atlantic Ocean on March 7, 2013 and captured this true-color image of what, at first glance, seems to be a fleet of ships travelling westward across a white-foamed sea. But looks can be deceiving. In reality the “ships” are the stationary, mountainous South Sandwich islands and the “white-foamed sea” is made up of large banks of clouds, which are being blown eastward by strong winds. As the eastward winds slam against the immobile mountains, air is forced around the obstruction. On the leeward side, the moving air flows in turbulent ripples, creating a v-shaped pattern that resembles the wake formed by a fast-moving boat. Called “ship-wave-shaped wave clouds”, such patterns are one of several formed when steadily flowing air runs into and flows past an immobile object.