By SpaceRef Editor
June 8, 2012
Filed under Earth, MODIS Image of the Day, NASA MODIS Web, US 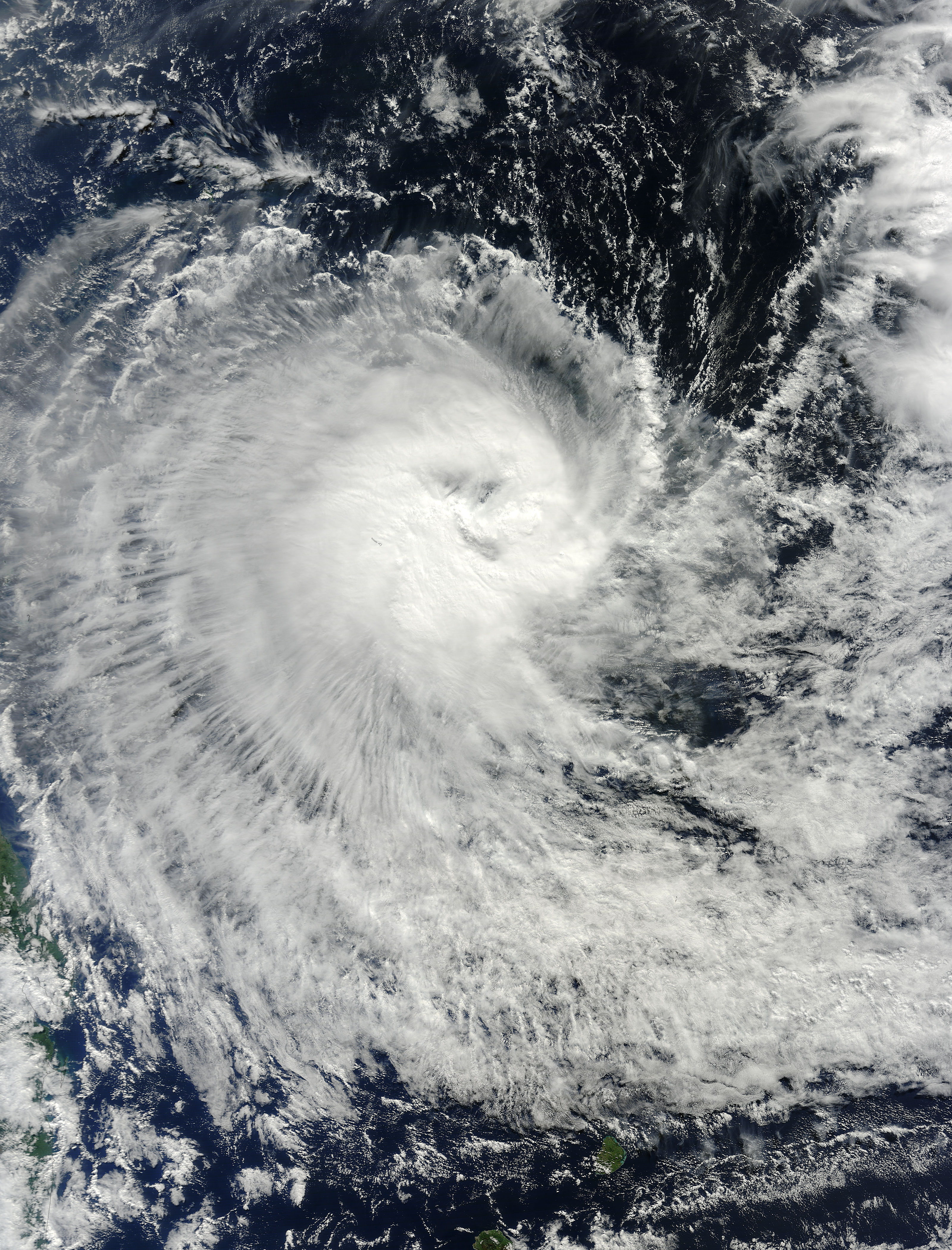 A short-lived but beautiful storm, Tropical Storm Kuena formed off of the northern tip of Madagascar on June 6, 2012. The Moderate Resolution Imaging Spectroradiometer (MODIS) aboard the Terra satellite acquired this true-color image as it passed overhead at 06:20 UTC (9:20 a.m. local time) on that same day. In this image the storm has a tight circulation with a clouded eye, with streaks of clouds extending from the center towards the periphery, overlying the spiraling storm bands. Shortly after this image was captured, Kuena was reported to have sustained winds near 35 knots (40 mph/64.8 kph) and was moving to the west at 9 knots (10.3 mph/16.6 kph). By the afternoon of the following day, June 7, the Joint Typhoon Warning Center (JTWC) reported that the wind speeds of Kuena had steadily weakened, with a maximum of 25-30 knots (23-34.6 mph/37-55.5 kph). The storm is tracking northwestward, and along the edge of a building low to mid-level subtropical ridge. The upper level vertical wind shear is expected to increase, interfering with the re-strengthening of the storm. Although the JTWC will continue to monitor the system for signs of regeneration, a final warning was issued on the afternoon of June 7.