By SpaceRef Editor
June 7, 2012
Filed under Earth, MODIS Image of the Day, NASA MODIS Web, US 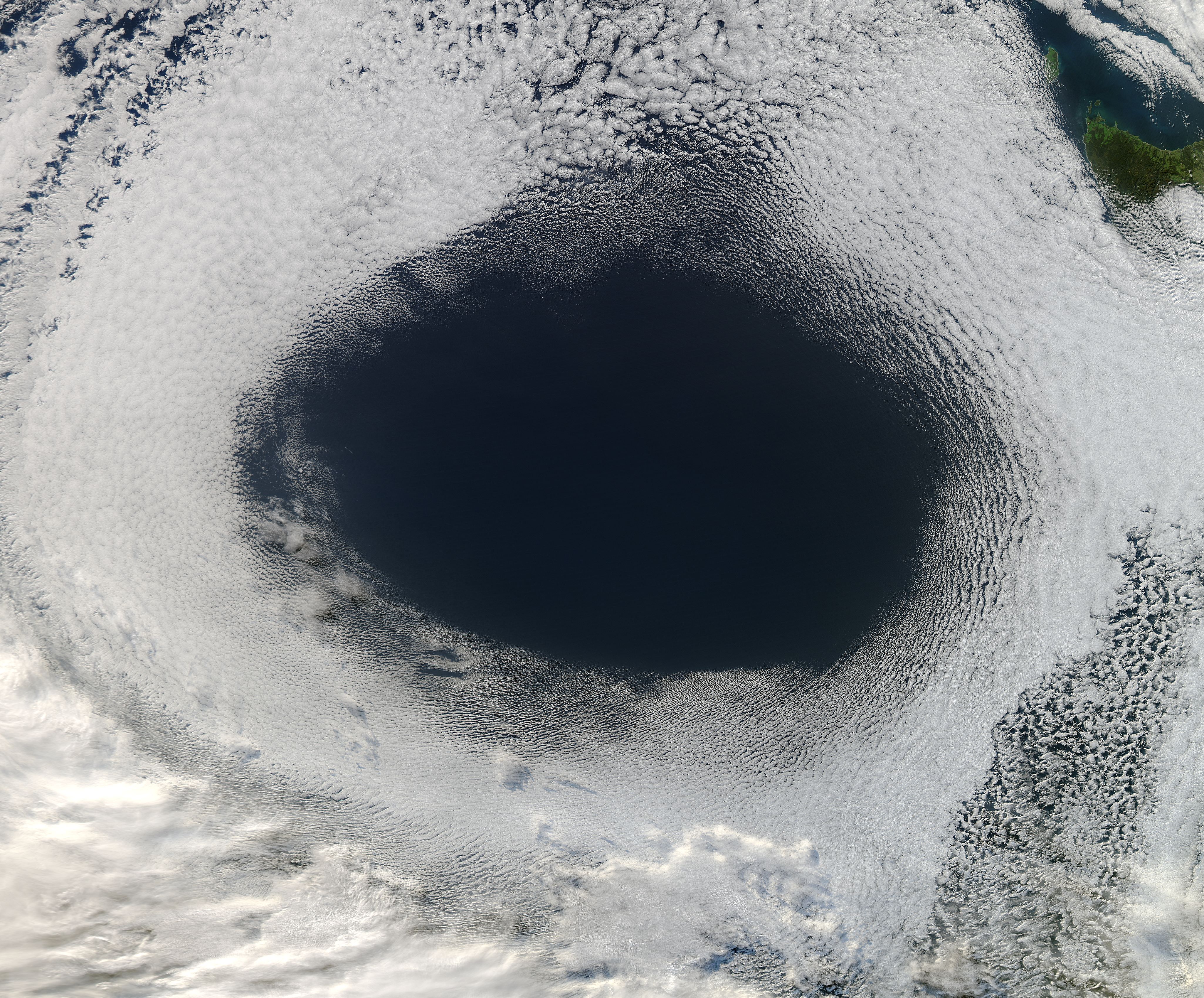 A high pressure system spinning off the coast of Tasmania created this stunning study in black and white in early June, 2012. The Moderate Resolution Imaging Spectroradiometer (MODIS) aboard NASA’s Aqua satellite captured this true-color image of a strong anticyclone over the Great Australian Bight on June 5, 2012. In this image, the bright white clouds encircle a clear-sky high pressure area, allowing an unobstructed view of the inky-appearing waters of the Great Australian Bight southwest of Tasmania. In the upper right corner the vivid green of northwestern Tasmania and King Island can be seen between clouds. Anticyclones are wind systems that have the highest air pressure at the center and lowest air pressure at the outer edges. In the southern hemisphere, winds blow from the center outward in an anticlockwise direction, giving the entire system an anticlockwise spin. Autumn anticyclones in the Great Australian Bight can be a source of bitter winter cold air, atmospheric turbidity and fog, and often carry very strong winds at their peripheries. They also may follow variable and unpredictable tracks, and sometimes linger in the region for many days or weeks. According to a notice by the Australian Bureau of Meteorology on June 7, this strong high pressure system is very slowly moving eastward, and is expected to be located just west of Tasmania by June 10. The high will maintain a southwesterly flow over the state, with embedded cold fronts that will pass just southeast of Tasmania on July 7 and July 10. Marine wind warnings have been posted for the Lower East Coast, South East Coast and South West Coast.