By SpaceRef Editor
June 6, 2012
Filed under Earth, MODIS Image of the Day, NASA MODIS Web, US 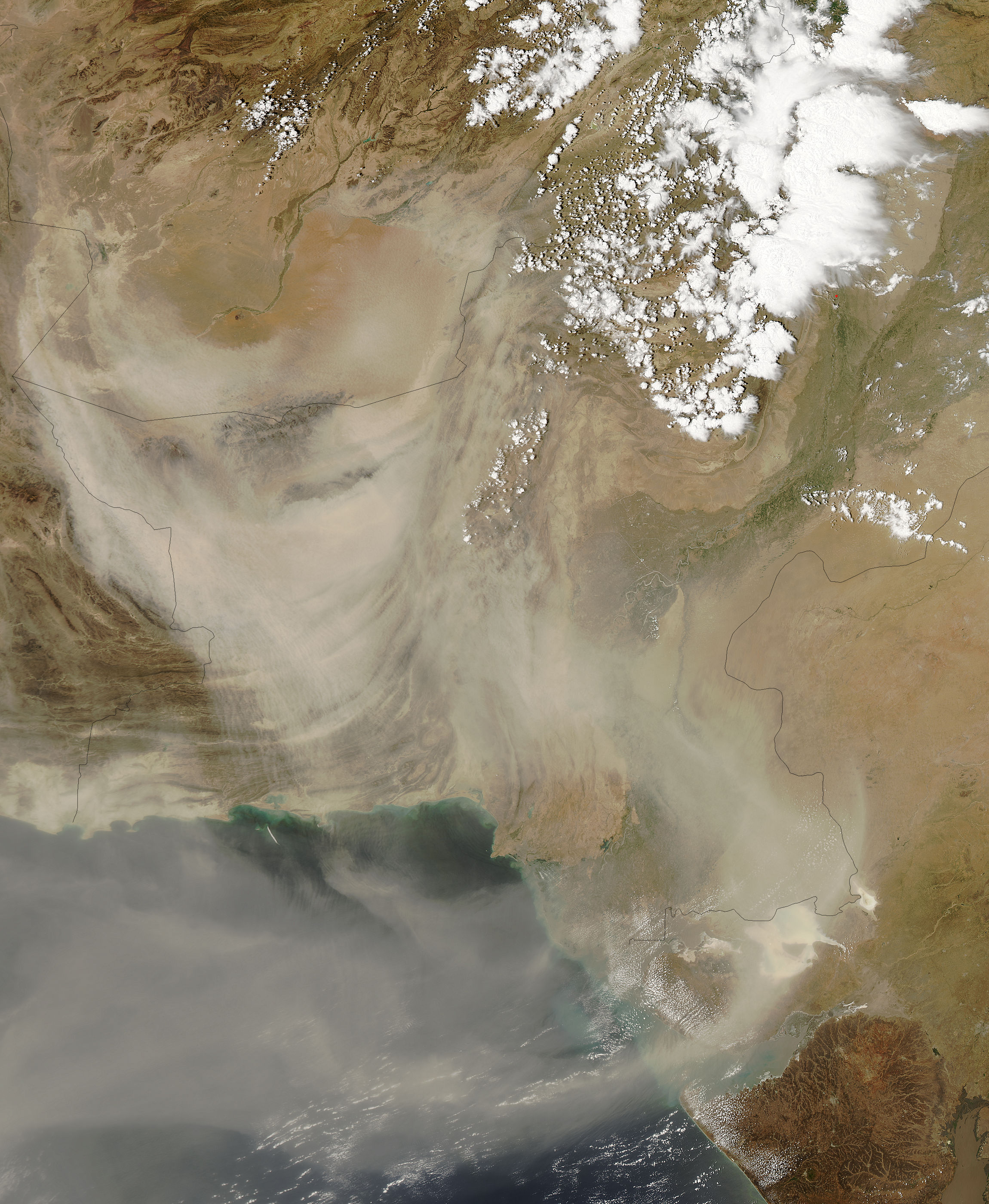 Dust continued to blow across Afghanistan and Pakistan on June 5, 2012. The Moderate Resolution Imaging Spectroradiometer (MODIS) flying aboard the Aqua satellite at 8:35 UTC (1:35 p.m. Pakistan Standard Time) on that same day. The light beige dust rose from the Hamoun wetlands along the border of Iran (west) and Afghanistan (east) and blows in a wide band across southern Afghanistan, Pakistan and northern India. The dust also shrouds the Gulf of Oman. Once a true oasis in an otherwise arid region, the Hamoun wetlands once provided a plentiful water supply that supported fishing, farming and a variety of game animals. In recent times, however, the wetlands have become sere and dry from a combination of overzealous irrigation and severe drought. Instead of a welcoming respite for over 150 species of migratory birds, the area is now a source of dust, sand and salt from dry lake beds. According to a study published in 2003, over 100 towns which once thrived near the oasis had already been submerged by windblown dust. The current dust storm began on June 2, and will likely continue for a day or more, driven by high winds and high temperatures. On June 5, the Lahore Times reported cloudy weather with dust storm conditions and gusty winds predicted for Karachi, Pakistan. On that same day, Weather Underground reported a high temperature of 95°F (35°C) with wind gusts of up to 30 miles per hour in Karachi.