By SpaceRef Editor
June 5, 2012
Filed under Earth, MODIS Image of the Day, NASA MODIS Web, US 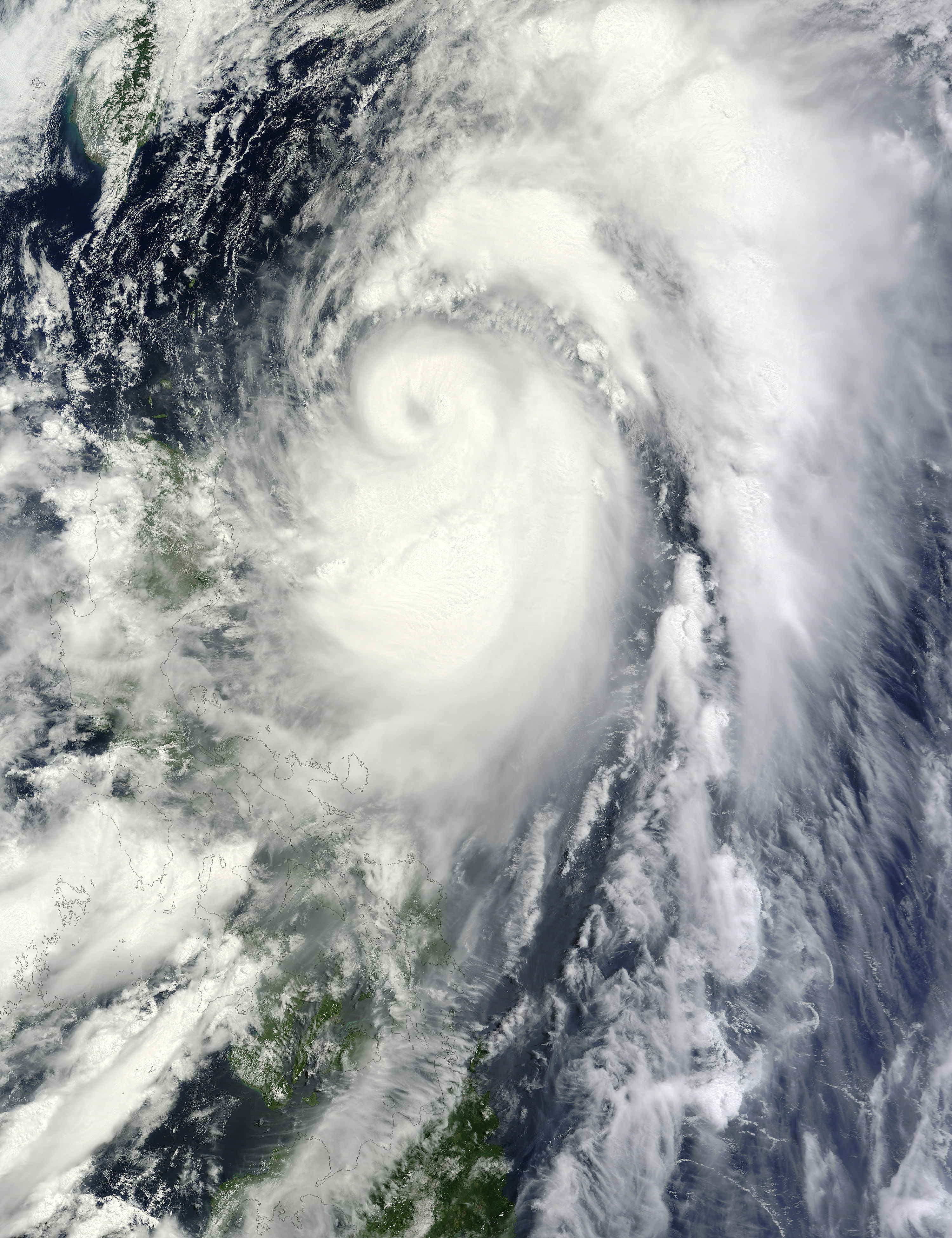 Mawar strengthened to a typhoon soon after forming over the western Pacific Ocean in early June 2012. On June 3, 2012, the U.S. Navy’s Joint Typhoon Warning Center (JTWC) reported that Mawar was located roughly 435 nautical miles (805 kilometers) south-southwest of Kadena Air Base Okinawa. The storm had maximum sustained winds of 95 knots (175 kilometers per hour) with gusts up to 115 knots (215 kilometers per hour). Within 12 hours, wind speeds were forecast to increase to 105 knots (195 kilometers per hour) with higher gusts. The Moderate Resolution Imaging Spectroradiometer (MODIS) on NASA’s Terra satellite captured this natural-color image on June 3. Just off the coast of Luzon, Mawar spun over the Philippine Sea. The same day that MODIS acquired this image, The Philippine Star reported that Typhoon Mawar (named Ambo in the Philippines) could still bring heavy rains. The Philippine Atmospheric, Geophysical and Astronomical Services Administration (PAGASA) had warned that the storm might drop 15 to 25 millimeters (0.6 to 1.0 inches) of rain every hour. Residents of low-lying and mountainous areas were warned to watch for flash floods and landslides, and a landslide in Antipolo City had already injured three people. As of June 4, the JTWC’s projected storm track for Mawar showed the storm turning toward the northeast and skirting Japan.