By SpaceRef Editor
June 4, 2012
Filed under Earth, MODIS Image of the Day, NASA MODIS Web, US 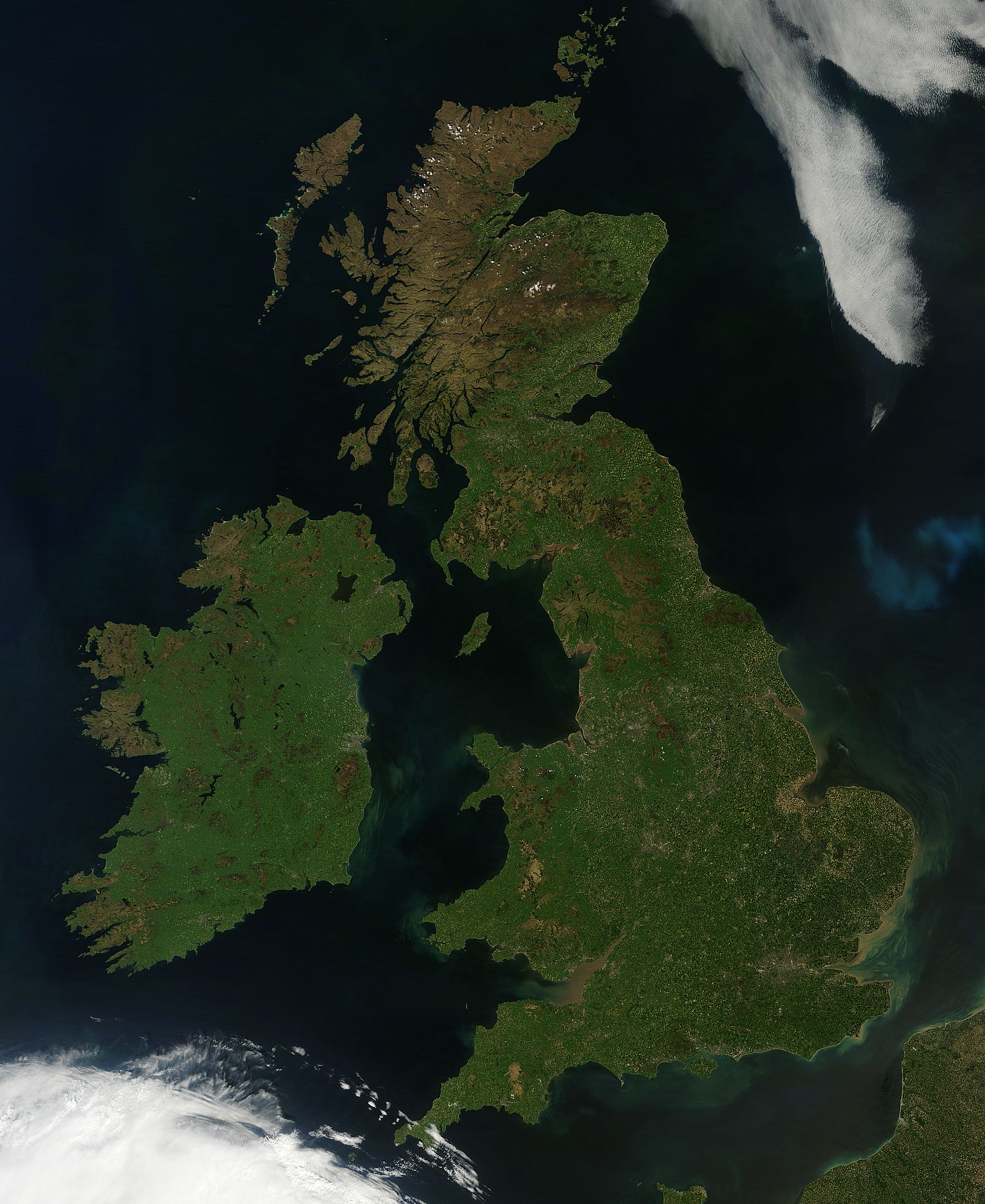 Sunny and cloud-free skies helped fuel a record-breaking heat wave in Ireland and the United Kingdom in the last week of May, 2012. The Moderate Resolution Imaging Spectroradiometer aboard the Terra satellite captured this true-color image of the brilliantly green islands basking in late spring heat on May 26, 2012. A lone, thin cloud bank hovers far off the northeast shore of Scotland, and to the east of England, swirls of blue and green indicate a phytoplankton bloom. Temperatures soared across the entire United Kingdom and in Ireland over the last several days, with many record highs reached on May 25. All-time high temperatures set on that date in England include London at 78°F (25.5°C) and Bournemouth at 82.4°F (28°C). In Scotland, Glasgow set a record of 75°F (23.8°C) and, just to the north, Bishopton reached 81.1°F (27.3°C). Ireland was also setting records, with Ardfert, County Kerry at 82.9°F (28.3°C) and Shannon reaching 82°F (27.8°C). Average maximum temperatures for England in May are 14°C to 17°C (57.2°F to 62.6°F), and for Scotland between 13°C and 15°C (55.4°F to 59°F). Average May temperature in Dublin, Ireland is 59°F (15°C). The unaccustomed heat caused people to throng to the beaches, rivers and lakes. As citizens sought relief, several drownings were reported, including a teenager who lost his life in the Thames River in Oxford, England and a 25 year old man who died rescuing two children in Sussex. Not all problems brought by high temperatures were so profound, however. The Scottish SPCA rescued two budgies, a canary, a parakeet and an exotic sun conure found flying loose in various locations. It is believed the pet birds escaped through doors and windows which were left open when their owners attempted to cool the homes. By May 28, severe weather warnings were posted by England’s Met Office as scattered and brief storms rolled in, bringing a break in the toasty temperatures across the region.