By SpaceRef Editor
June 29, 2012
Filed under Earth, MODIS Image of the Day, NASA MODIS Web, US 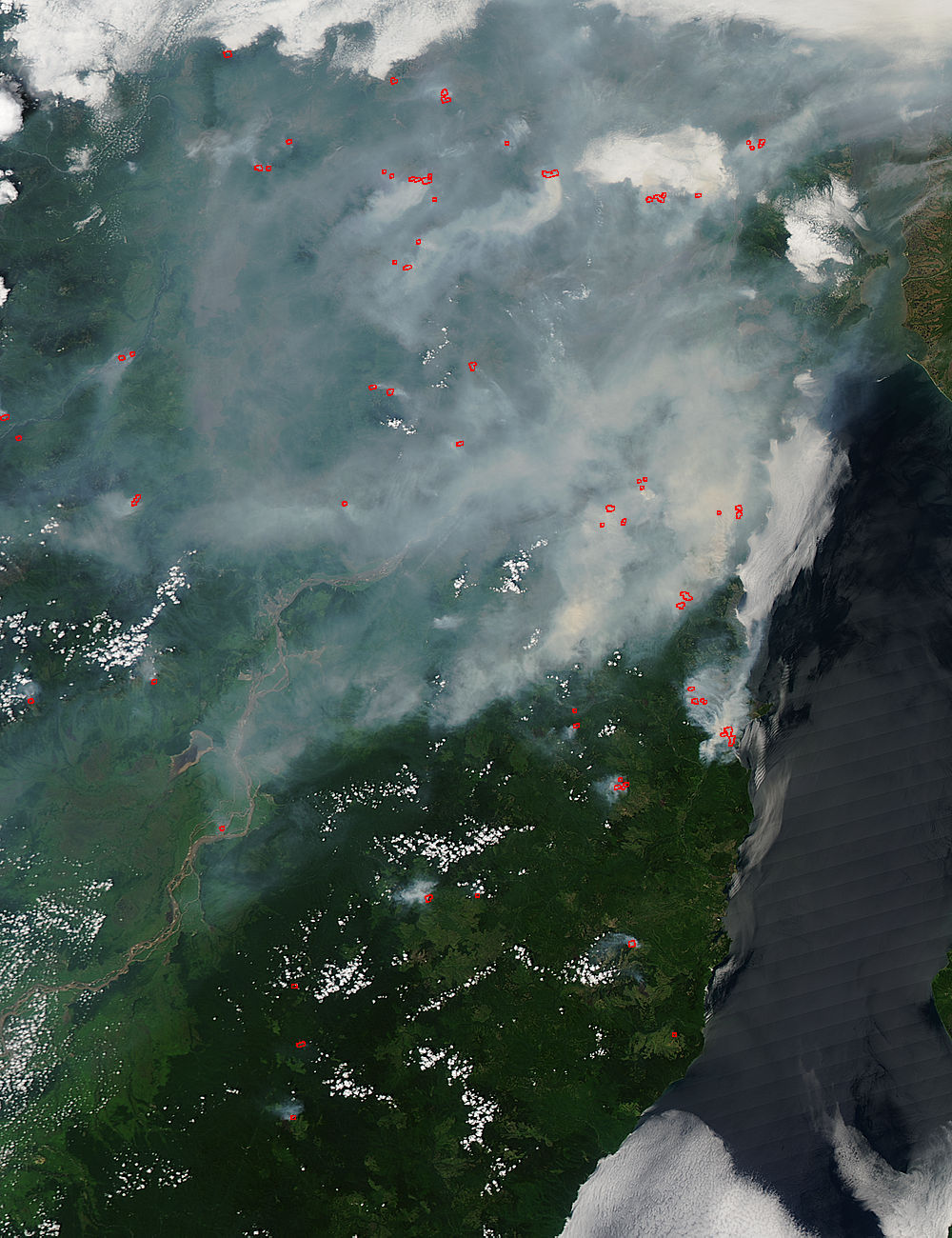 Smoke shrouded southeastern Russia in late June, 2012. The Moderate Resolution Imaging Spectroradiometer (MODIS) flying aboard the Aqua satellite acquired this true-color image on June 25, 2012 at 03:20 UTC (June 24, 11:40pm EDT/U.S.) The instrument’s thermal sensors detected heat signatures in multiple locations, and these appear in red in the image. When combined with smoke, such signatures indicate active fires. Most of the smoke covers Khaborovsk Krai, which encompasses the lower Amur River basin and a large area of surrounding mountains. Just to the west of the Sea of Japan and the Mamiya Strait, the smoke is the heaviest, obscuring the ground from view. There are many fires burning, but the amount of dense smoke billowing over the region is very heavy for the number of fires. It is possible that peat is burning in some of these fires, as peat is known to be intensely smoky when burning. As of June 25, there were over 6,000 acres burning in the Khabarovsk Territory, according to the Russian Ministry of Civil Defense, Emergencies, and Disaster Relief. Since that time, a number of new fires have ignited in the area as warm, dry weather continues.