By SpaceRef Editor
June 28, 2012
Filed under Earth, MODIS Image of the Day, NASA MODIS Web, US 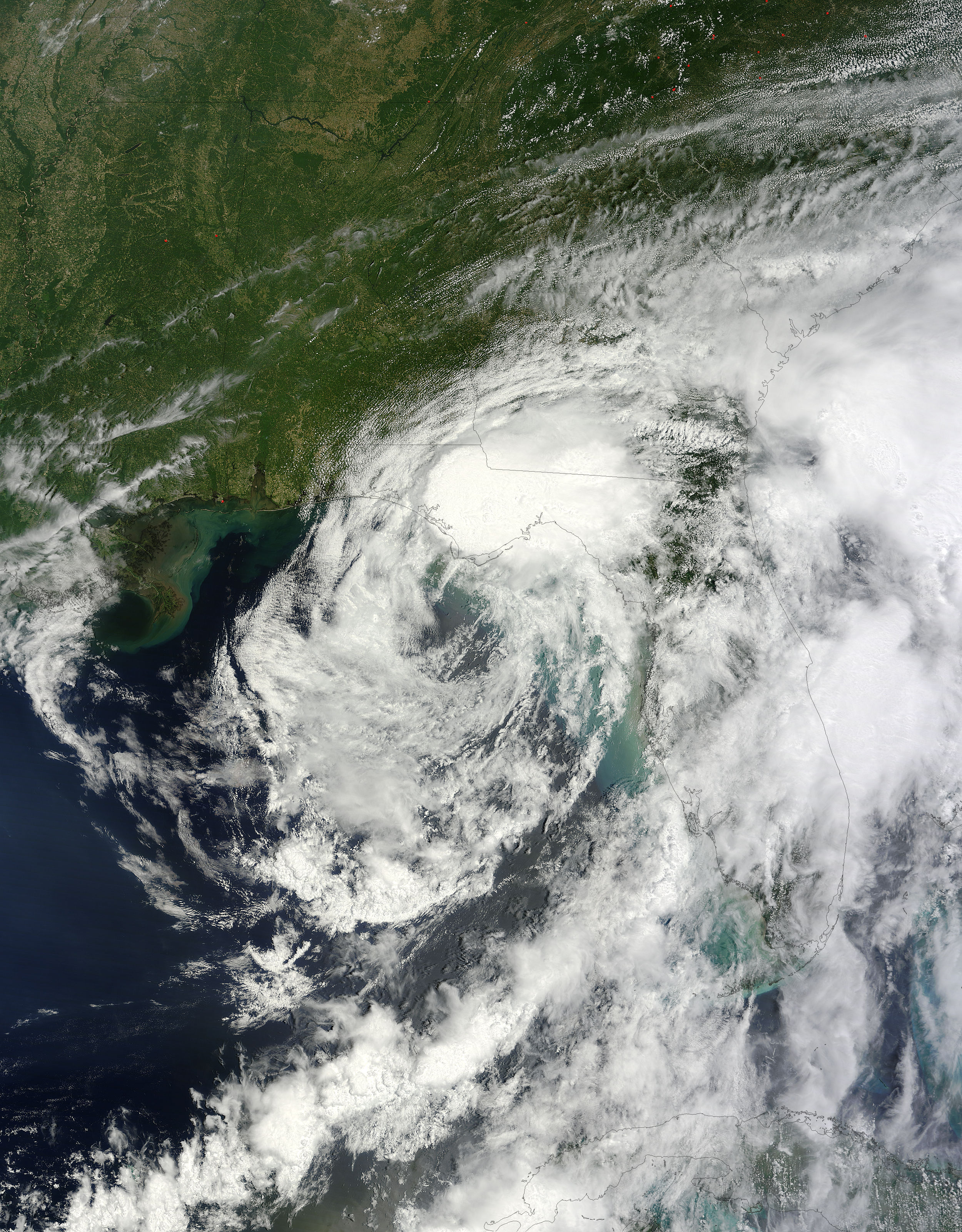 Tropical Storm Debby slowly tracked over Florida from the Gulf Coast to the Atlantic Coast in late June 2012, dumping torrential rain on Georgia and Florida. The Moderate Resolution Imaging Spectroradiometer (MODIS) on NASA’s Terra satellite captured this true color image at 12:30 p.m. Eastern Daylight Time on June 25. At the time this image was captured, the sprawling storm stretched rain bands from the Gulf of Mexico across Florida and southern Georgia to the Atlantic Ocean. The National Hurricane Center (NHC) reported that at about the same time, Debby sported maximum sustained winds of 45 mph (75 km/h), with higher gusts. Tropical storm force winds extended outward of up to 230 miles (37 km), mainly to the southeast of the center of the system. Among the worst effects of the slow-moving storm was heavy rainfall. The New York Times reported that more than 20 inches of rain fell in Wakulla county, with some reports of up to 26 inches over the four days of the storm, and that the Sopchoppy River rose to 36.1 feet, a record high water mark. Although flooding was widespread, the storm’s winds were relatively mild, never exceeding the 45 mph maximum sustained wind mark, so power outages and broken trees were not significant issues. On June 27, Tropical Storm Debby emerged over the Atlantic Ocean near Jacksonville. At 5:00 p.m. EDT on that same day the NHC issued the final advisory on the weakened storm. At that time, Debby had become a post-tropical cyclone with maximum sustained winds of 40 mph (65 km/h). It was scooting eastward at a relatively brisk 13 mph (20 km/h) and expected to turn towards the east-northeast while increasing forward speed over the next couple of days. Rain continued to fall on Florida on June 27, but was expected to clear as Debby moves away from land.