By SpaceRef Editor
June 26, 2012
Filed under Earth, MODIS Image of the Day, NASA MODIS Web, US 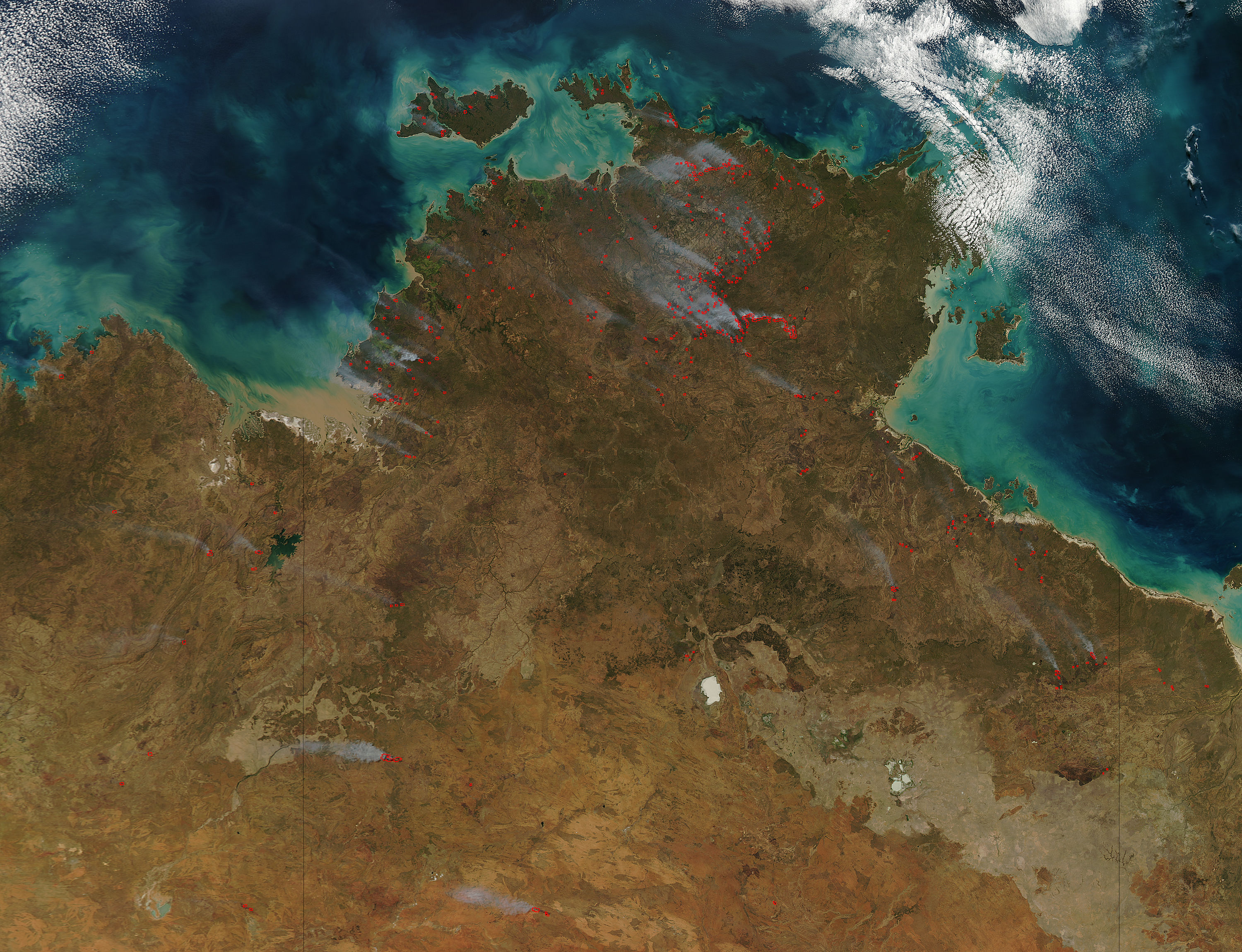 Just a few days after the winter solstice, the 2012 northern Australia bushfire season roared to a fiery start with dozens of blazes speckling the Northern Territory and the northern tip of Western Australia. The Moderate Resolution Imaging Spectroradiometer (MODIS) aboard the Aqua satellite acquired this true-color image on June 25, 2012 at 4:40 UTC (2:00 p.m. local time). Winter is the bushfire season in northern Australia, as it is the time when the lush summer grasses and summer rain-enriched savannah becomes senescent and dries out. It also is a time when little rain falls. The last rain in Darwin, Northern Territory, was in early May, and areas further inland have been dry for even longer. When little rainfall is combined with dry southeast winds trigger warm temperatures and low humidity, fire conditions become dangerous. In contrast to the dry and blazing north, the southern end of the country is feeling more typical cold and blustery winter weather. On the night of June 24 and morning of June 25, while fires burned in the dry north, a very strong cold front raced across Tasmania, bringing destructive winds and snowfall to the region. Record low maximum June temperatures were recorded in Tasmania as well, with Liawanee and Mount Hartz registering only -1°C (30.2°F).