By SpaceRef Editor
June 25, 2012
Filed under Earth, MODIS Image of the Day, NASA MODIS Web, US 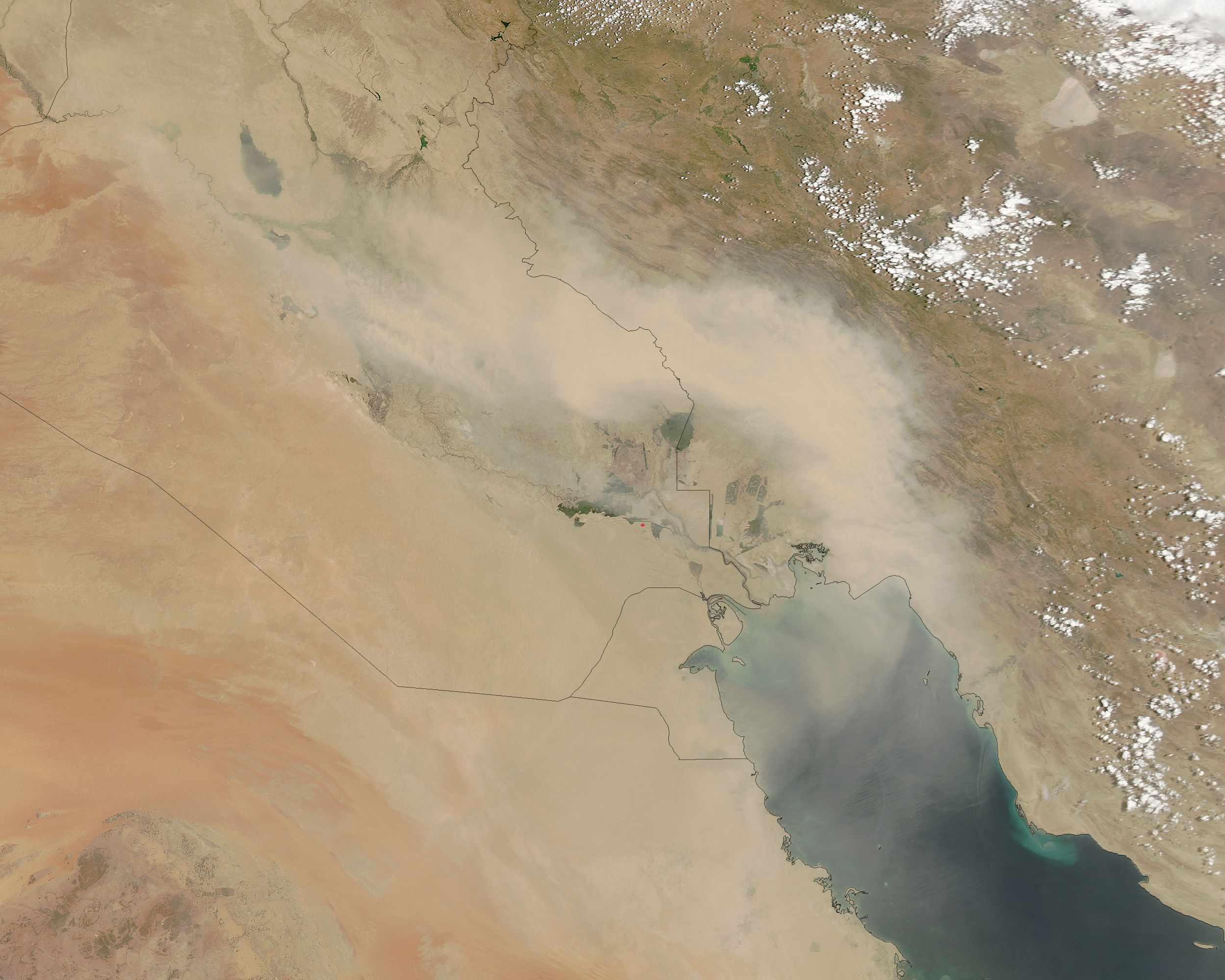 Dust storms have been frequent and furious in the Middle East in 2012, including a multi-day event which shrouded the Tigris-Euphrates River Valley with a river of dust in mid-June. The Moderate Resolution Imaging Spectroradiometer (MODIS) aboard NASA’s Aqua satellite captured this true-color image of dust spreading across Syria, Iraq and Iran on June 19, 2012. The dust storm, which was first seen on June 18, has also extended above the Persian Gulf at the time this image was captured. Fine sediments are found in the land around the Tigris and Euphrates River, and are frequently stirred up by strong winds. A network of temporary rivers in northern Iraq and Syria also provided rich material for rising dust. Severe daytime heat dries arid soils nearly completely, allowing the fine particles to be freely lifted by passing winds. In addition, extreme daytime heat can cause the air near the ground to become unstable, allowing even a light breeze to loft dust particles into the air. Dust storms are severe environmental events, and can be quite damaging to human health and safety. One obvious difficulty is the reduction of visibility, which increases traffic accidents, limits activities, and may cause flying to become treacherous. Other environmental impacts include reduction of solar radiation and the efficiency of solar devices, reduction of soil fertility, damage to telecommunication and mechanical systems, and an increase in respiratory illness in livestock and in people.