By SpaceRef Editor
June 23, 2012
Filed under Earth, MODIS Image of the Day, NASA MODIS Web, US 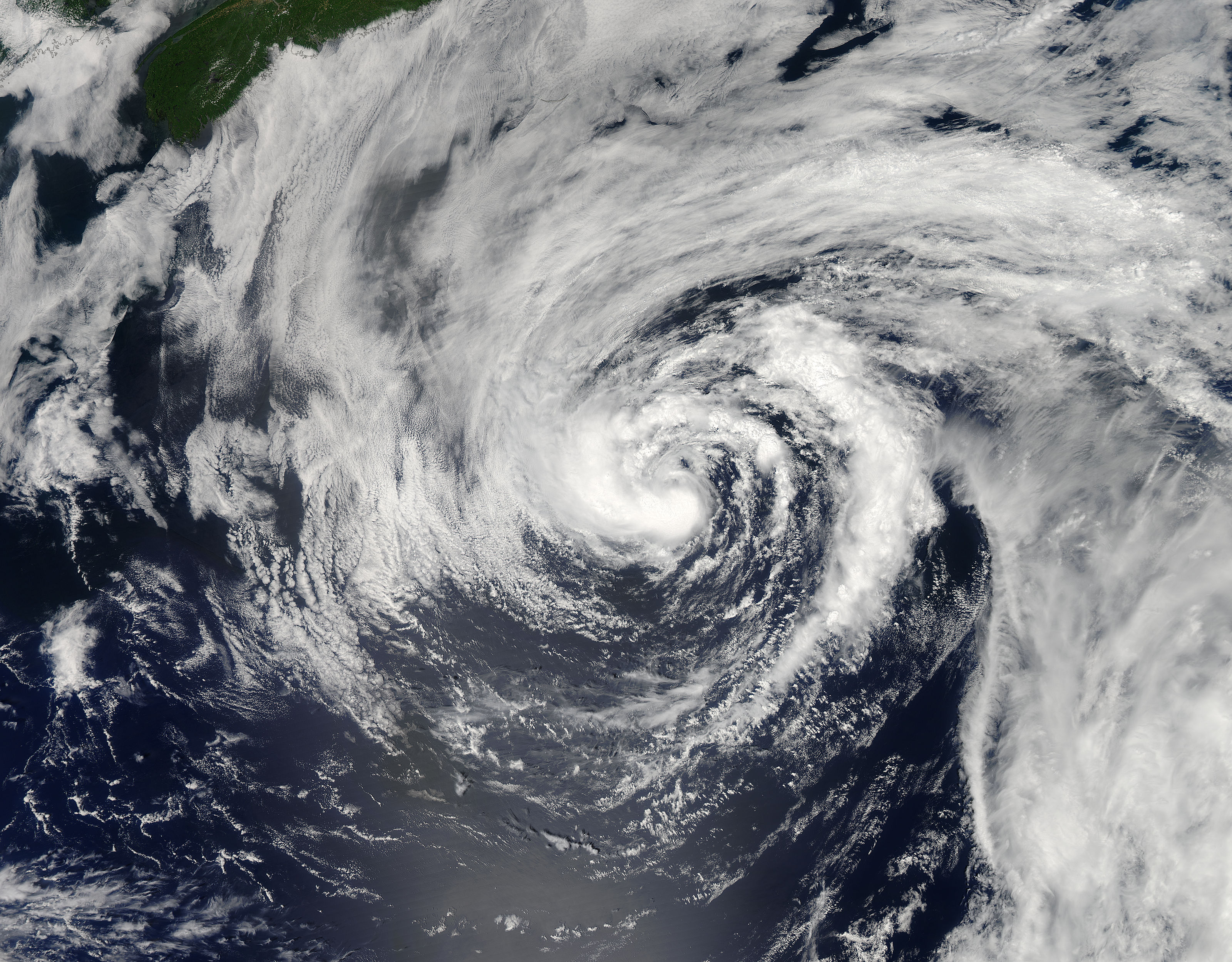 The third tropical storm and first hurricane of the Atlantic Hurricane Season was formed several hundred miles from the Newfoundland coast on June 19, 2012. The Moderate Resolution Imaging Spectroradiometer (MODIS) aboard NASA’s Aqua satellite captured this true-color image of the swirling system on that same day. The image was acquired at 17:05 UTC (1:05 p.m. EDT) when Chris was classified as a Tropical Storm. Just a few hours later, by 5 p.m. on the same day, Chris’s wind speeds had accelerated enough to reach the “hurricane” classification. Although Hurricane Chris was the first of the Atlantic Hurricane Season, it didn’t maintain that status for long. As it passed over cooler water in the northern Atlantic, Chris lost power. By 11 a.m. EDT on June 22, the National Hurricane Center had downgraded the storm to post-tropical status, and reported maximum sustained winds near 45 mph (75 kmh). Chris was spinning far to the north near 44.6 North and 46.9 West, about 335 miles (535 km) east-southeast of Cape Race, Newfoundland, Canada. Chris was moving to the west-southwest near 16 mph (kmh), and was expected to slow and turn southward. The storm is expected to merge with another extra tropical low in Saturday, June 23, in the northern Atlantic Ocean, putting an end to the short-lived and relatively harmless hurricane.