By SpaceRef Editor
June 22, 2012
Filed under Earth, MODIS Image of the Day, NASA MODIS Web, US 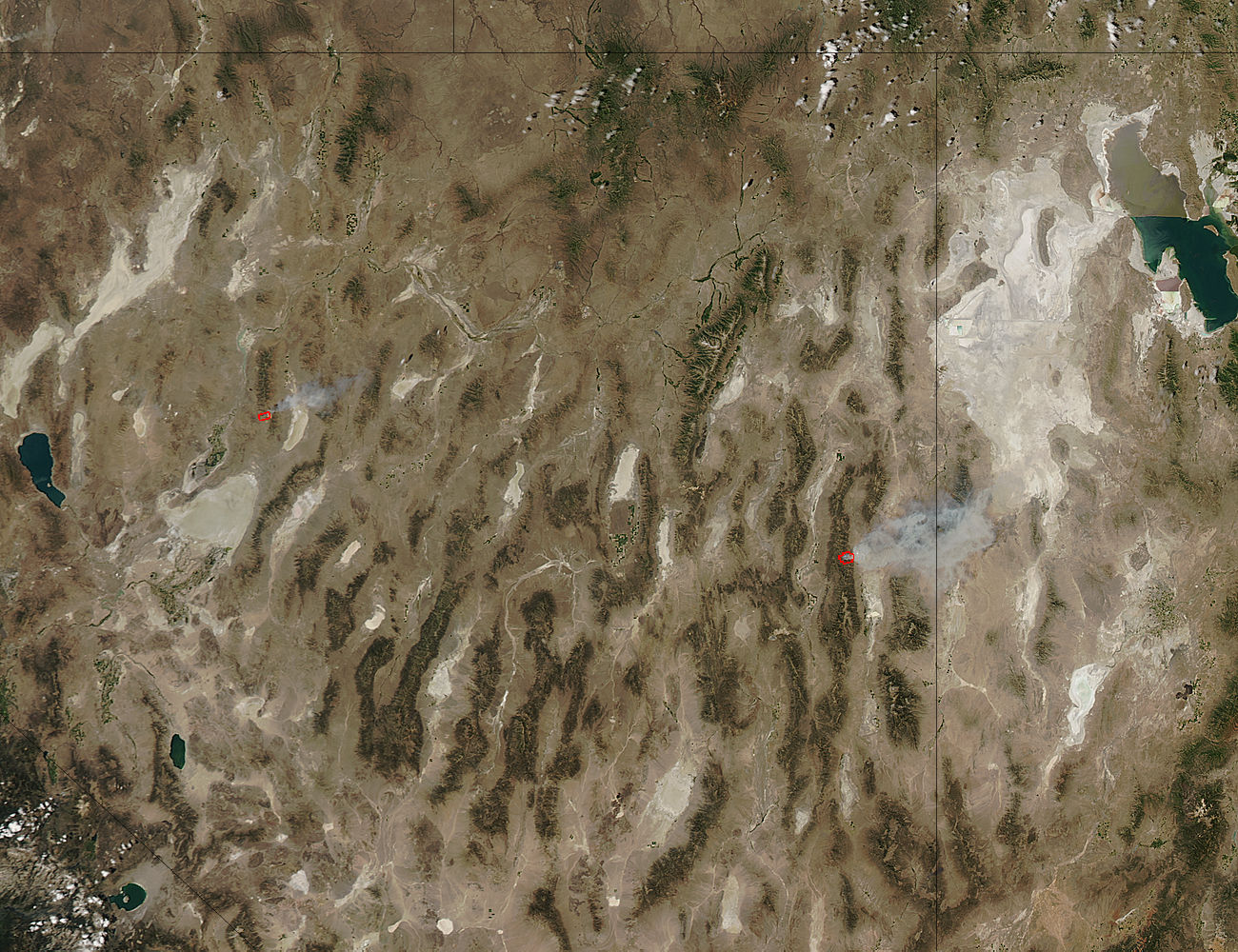 The North Schell Fire was burning in east central Nevada, and streaming smoke into western Utah in mid-June, 2012. On June 17 at 20:35 UTC (4:35 p.m. EDT), the Moderate Resolution Imaging Spectroradiometer (MODIS) instrument onboard NASA’s Aqua satellite captured this true-color image of the North Schell Fire as well as a fire burning further west, near Loveland, Nevada. On July 21, the North Schell Fire continued to burn in steep, rugged terrain on the east side of the Schell Mountain Range, 20 miles northeast of Ely, Nevada. According to Inciweb, at that time the fire had consumed 11,987 acres and was considered to be 60 percent contained. Full containment was expected by July 4.