By SpaceRef Editor
June 21, 2012
Filed under Earth, MODIS Image of the Day, NASA MODIS Web, US 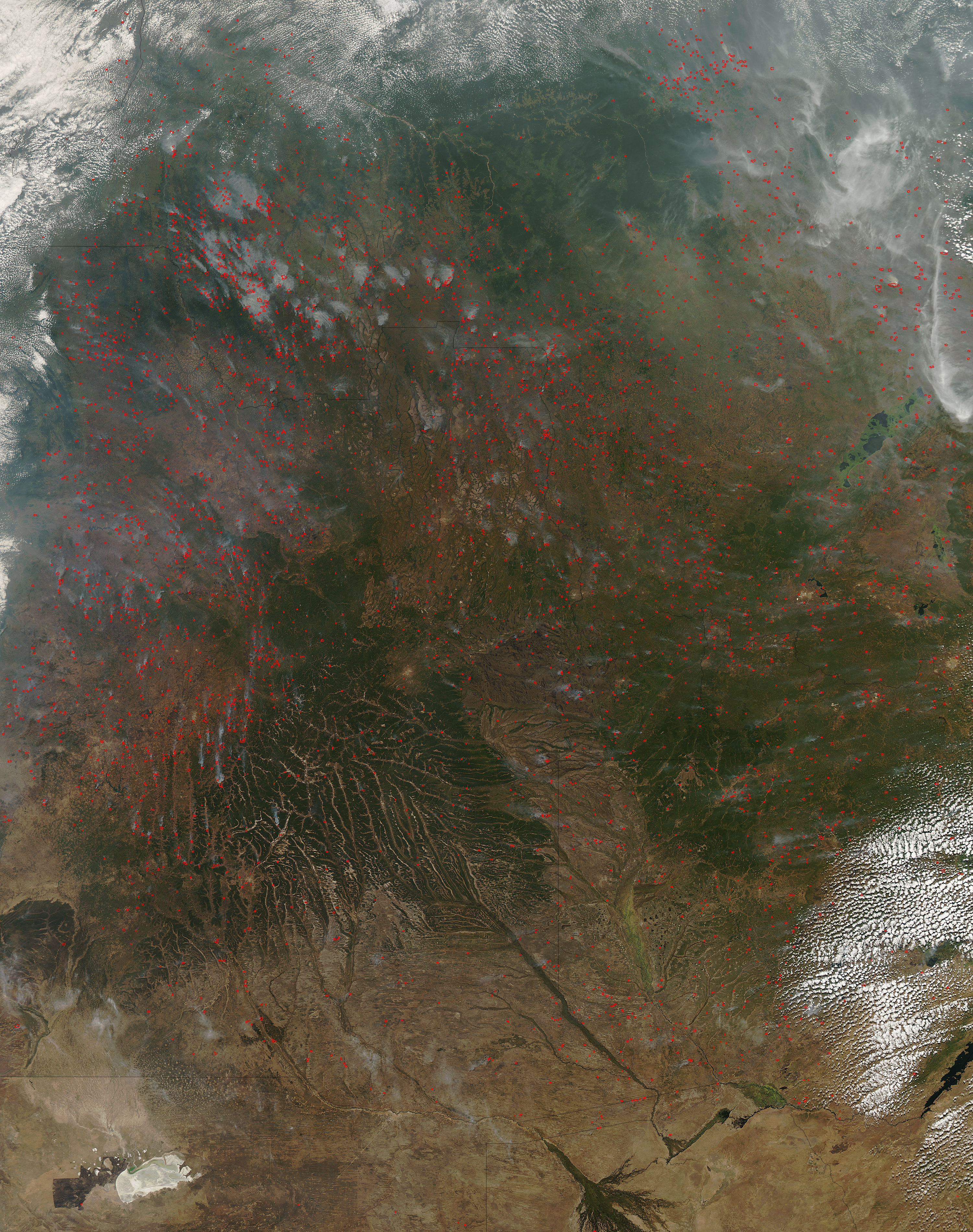 Hundreds of fires covered central Africa in mid-June, 2012, as the annual fire season heated up across the region. The Moderate Resolution Imaging Spectroradiometer (MODIS) aboard the Aqua satellite captured this true-color image on June 15, 2012 at 12:50 UTC (1:20 p.m. West African Time). Multiple red hotspots, which indicate areas of increased temperatures, are heavily sprinkled across Angola (south), the Democratic Republic of the Congo (northeast), and Zambia (southeast). Thick gray smoke rises from most of the hotspots, and in some areas, especially in the Democratic Republic of the Congo, strong winds drive the smoke to the northwest. A heavy, smoke-filled haze blankets the entire region. The fire season is an annual event in this region, as residents burn scrub, brush and woody savanna to open land for farming, for hunting and to drive away pests. Fire is also used on agricultural land to renew pasture grown and remove crop residue. Although lightning can also ignite fires in this region, it is highly likely that most of these fires are agricultural in origin.