By SpaceRef Editor
June 20, 2012
Filed under Earth, MODIS Image of the Day, NASA MODIS Web, US 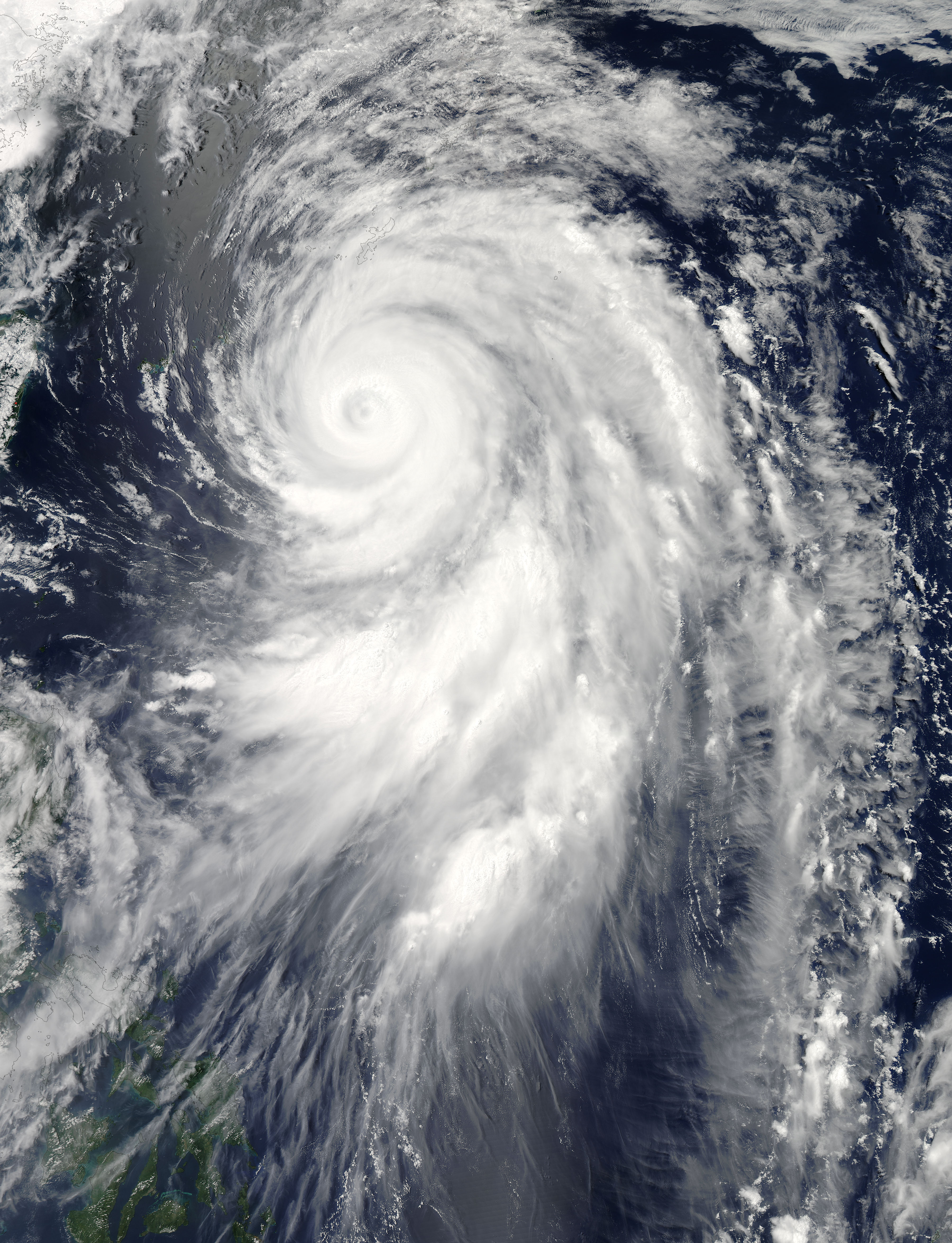 Typhoon Guchol was spinning over the Philippine Sea on its charge towards Japan on June 18, 2012. The Moderate Resolution Imaging Spectroradiometer (MODIS) aboard NASA’s Aqua satellite captured this stunning true-color image of the large storm at 4:45 UTC (1:45 p.m. local time) on that same day. Near the time this image was captured, the Western Pacific typhoon carried winds of up to 110 miles per hour, equal to a Category 3 hurricane on the Saffir-Simpson wind scale. Although the storm was strong, the eye had begun to fill in by the time this image was captured, indicating that Guchol has begun to weaken. At 0300 UTC on June 19, the Joint Typhoon Warning Center (JTWC) reported that the storm was located approximately 140 nautical miles east-northeast of Kadena Air Base, Okinawa and was tracking northeastward at 24 knots. They also reported that Guchol was continuing to show weakening as it interacted with mid-latitude westerlies and vertical wind shear. Typhoon Guchol is projected to make landfall near Kyoto, and transition into an extratropical low as it passes over Honshu on June 20. Despite considerable weakening, the storm is expected to bring heavy rains and winds of up to 65 miles per hour. Large and dangerous waves are also possible, and the rains may trigger mudslides and flash flooding, especially in the mountains just west of Tokyo.