By SpaceRef Editor
June 2, 2012
Filed under Earth, MODIS Image of the Day, NASA MODIS Web, US 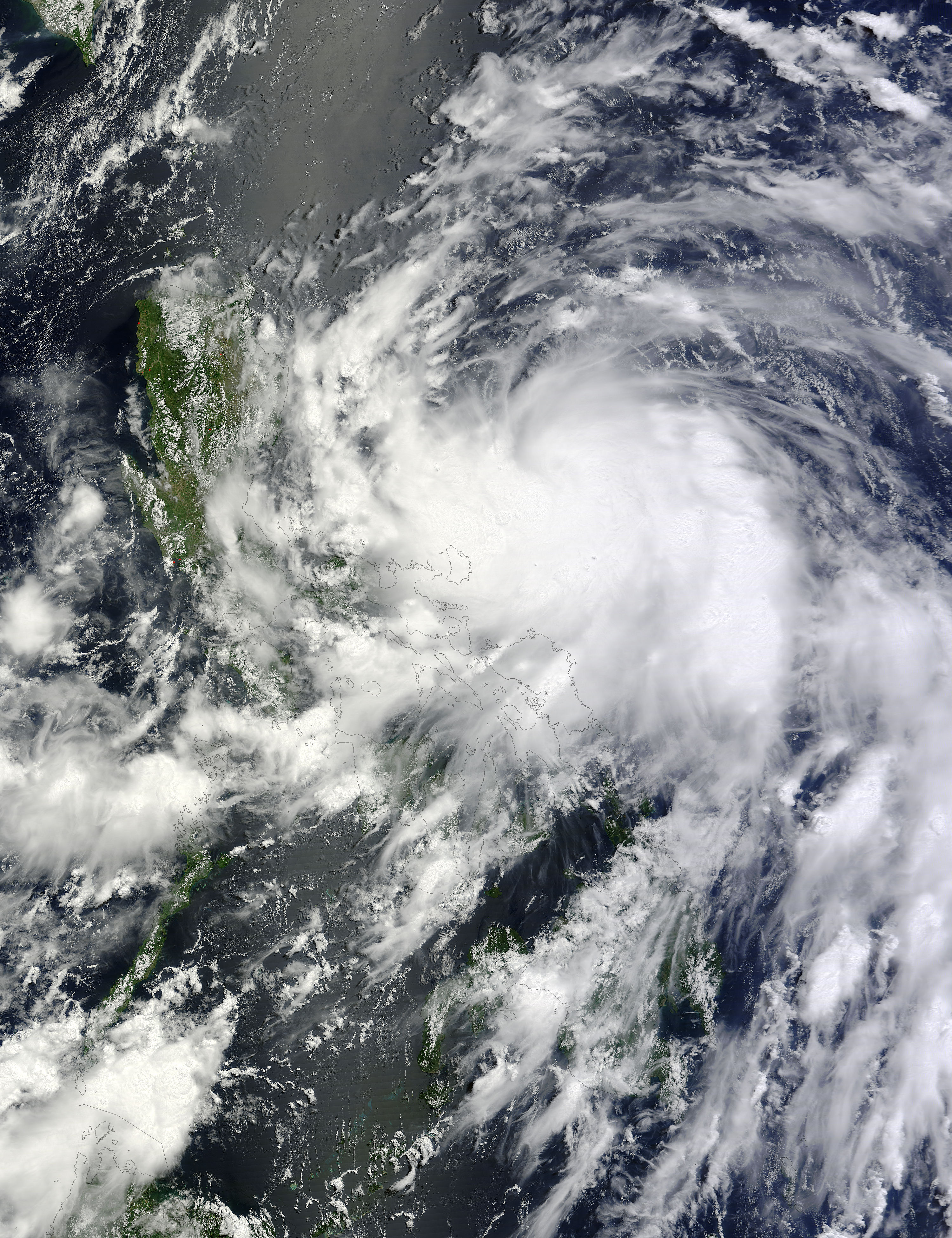 Initially a tropical depression, Mawar formed over the western Pacific Ocean on May 31, 2012, and strengthened to a tropical storm the following day. On June 1, 2012, the U.S. Navy’s Joint Typhoon Warning Center (JTWC) reported that Mawar was located approximately 245 nautical miles (455 kilometers) east-northeast of Manila, Philippines. The storm had maximum sustained winds of just 35 knots (65 kilometers per hour), but over the next 48 hours, Mawar’s wind speeds were forecast to increase to 80 knots (150 kilometers per hour) with gusts up to 100 knots (185 kilometers per hour). On June 1, 2012, the Moderate Resolution Imaging Spectroradiometer (MODIS) on NASA’s Terra satellite captured this natural-color image of Tropical Storm Mawar over the Philippine Sea. The storm did not yet look well organized, instead appearing as a mass of clouds east of Manila. The projected storm track, however, showed the strengthening storm turning toward the northeast and moving in the general direction of southern Japan.