By SpaceRef Editor
June 19, 2012
Filed under Earth, MODIS Image of the Day, NASA MODIS Web, US 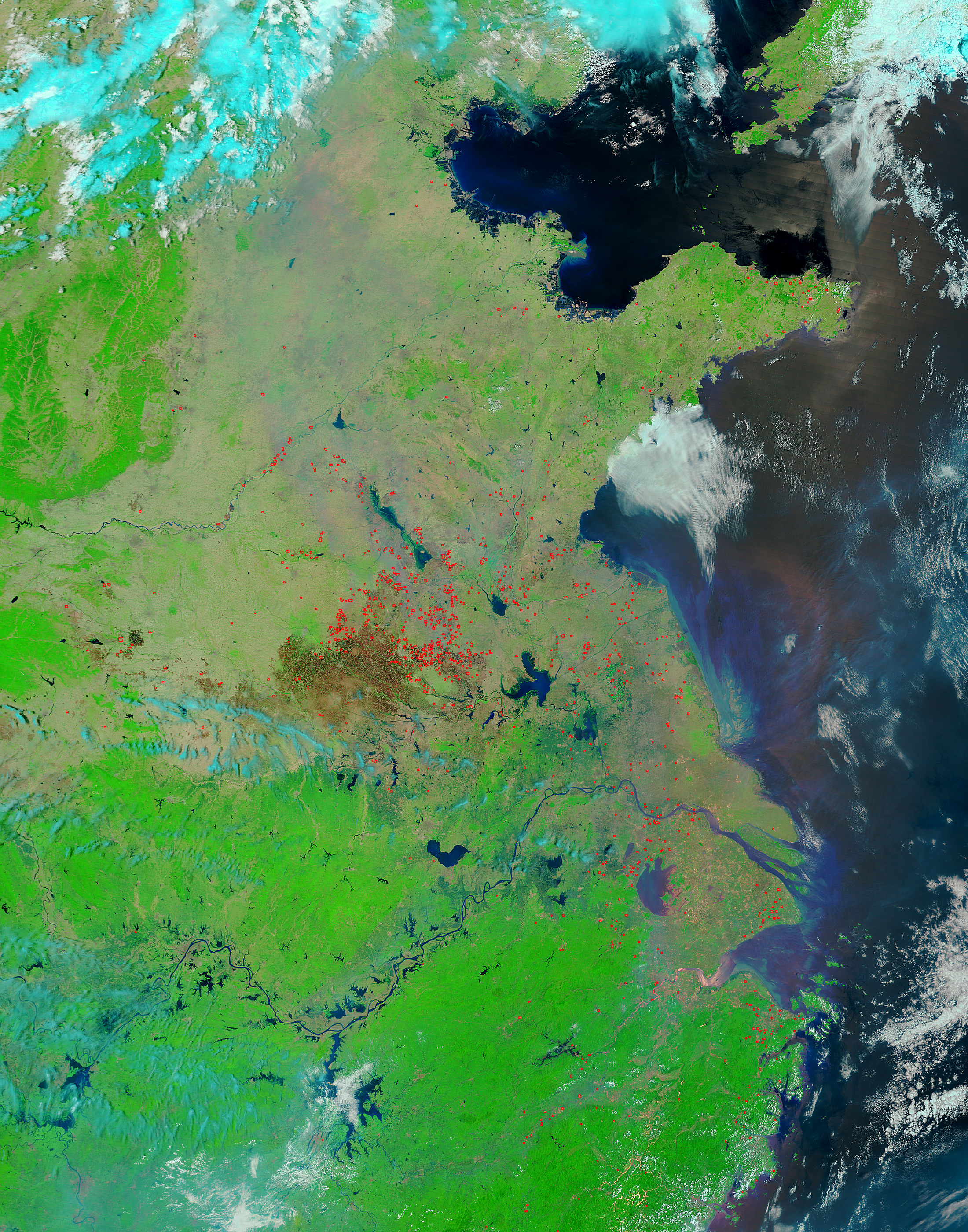 In mid-June, agricultural fires and industrial pollution combined to leave a thick pall of haze over central China. As NASA’s Terra satellite passed over the region at 10:55 local time (02:55 UTC) on June 13, 2012, the Moderate Resolution Imaging Spectroradiometer (MODIS) flying aboard that satellite captured two images of the fires and haze. The top image is a false-color image, which uses the 7-2-1 bands of the MODIS instrument. In this view, clouds appear bright blue, vegetation appears lime green and the burn-scarred land is a distinct tan color. The burn scar clearly shows numerous fields with unburned vegetation (shown as green) scattered throughout the damaged area. Scrolling over the top image with the cursor reveals the true-color image which uses the 1-4-3 bands of the MODIS instrument. In this image, the smoke and haze covers a large swath of the land, and the burn scar appears a uniform dark tan. In contrast to the false-color image, the unburned areas in the scar are not apparent. In both images, areas of increased thermal temperature, known as “hot spots” have been marked in red. When combined with smoke, such hotspots are strong indicators of active fires. This area captured in these images falls within the North China Plain, a fertile and densely-populated region that’s home to about a quarter of China’s cultivated land and 35 percent of the country’s agricultural yields. The area’s staple crops are wheat and maize, and the two crops are generally grown in rotation. Farmers sow winter wheat in mid-October and harvest it at the end of May. In June, farmers burn the remaining plant residue to fertilize the soil for the upcoming maize crop. About 75 percent of all fires in the North China Plain occur in June. A second peak in fire activity occurs in October after the maize harvest.