By SpaceRef Editor
June 18, 2012
Filed under Earth, MODIS Image of the Day, NASA MODIS Web, US 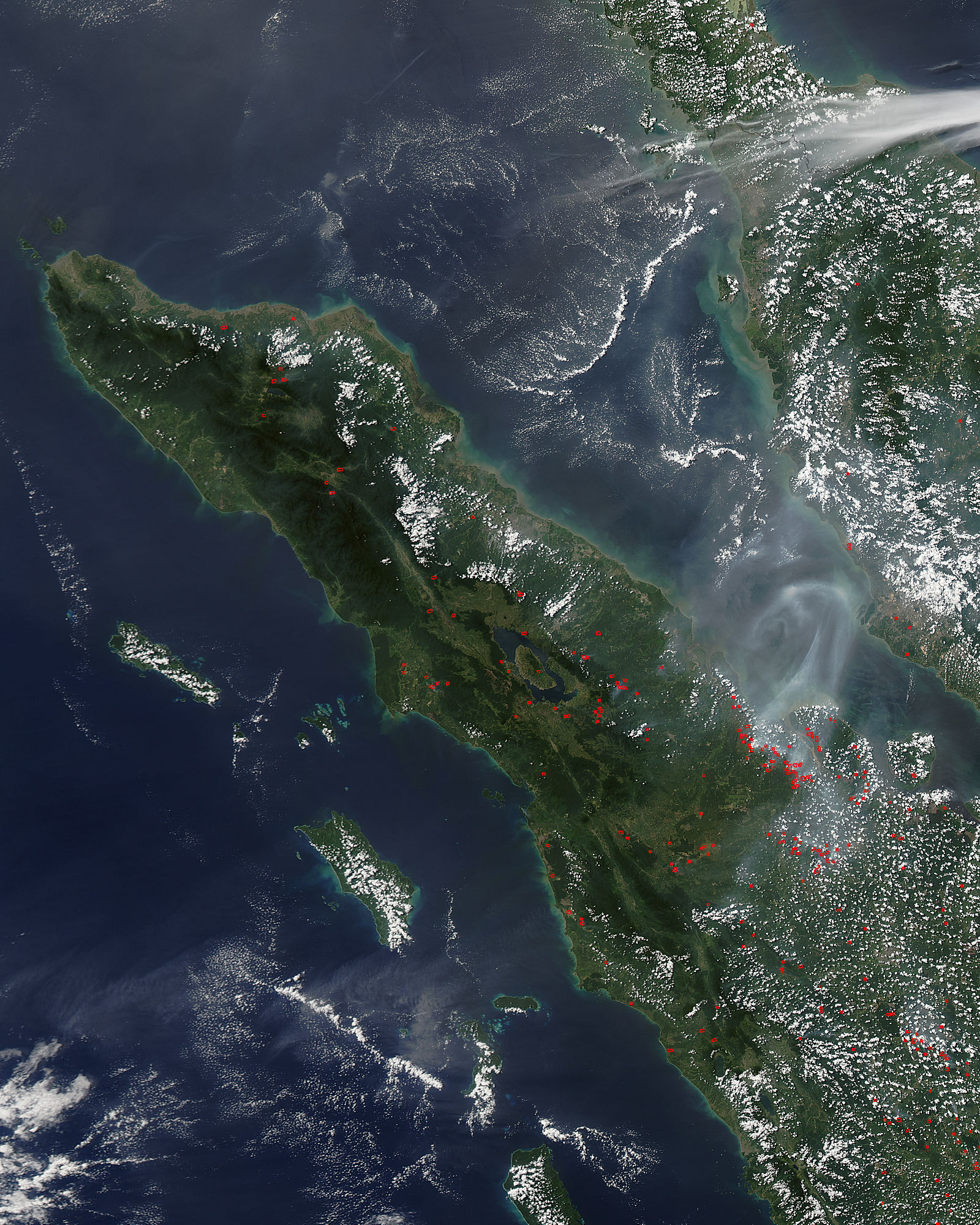 The dry season comes to Indonesia each year between May and September, bringing an increased risk of wildfire throughout the region. Once ignited, fires are dynamic and can spread quickly. A pair of true-color images captured by the Moderate Resolution Imaging Spectroradiometer (MODIS) aboard both Terra and Aqua on June 14, 2012 shows the rapid progression of wildfires and smoke in Sumatra. The top image was acquired by the MODIS instrument during the afternoon overpass by the Aqua satellite at 6:45 UTC (1:45 p.m. West Indonesia Time). In this image, fires speckle the entire island, especially in the Bukit Barisan Mountains which form the backbone of the island. Heavy plumes of blow to the northeast across the Strait of Malacca and across the Malay Peninsula, with a large brush-stroke of smoke obscuring the land near the border of Thailand (north) and Malaysia (south). To the west, the air above the Indian Ocean is also covered with haze and smoke. Rolling over the top image shows the scene only three hours earlier, at 3:45 UTC (10:45 a.m. WIT), when the MODIS aboard the Terra satellite captured the morning look at the region. At this time, the smoke and haze was much lighter and the number of fires fewer. Most of the morning fires were burning near Rokan Hilir, where they blazed in both peat and forest land.