By SpaceRef Editor
June 16, 2012
Filed under Earth, MODIS Image of the Day, NASA MODIS Web, US 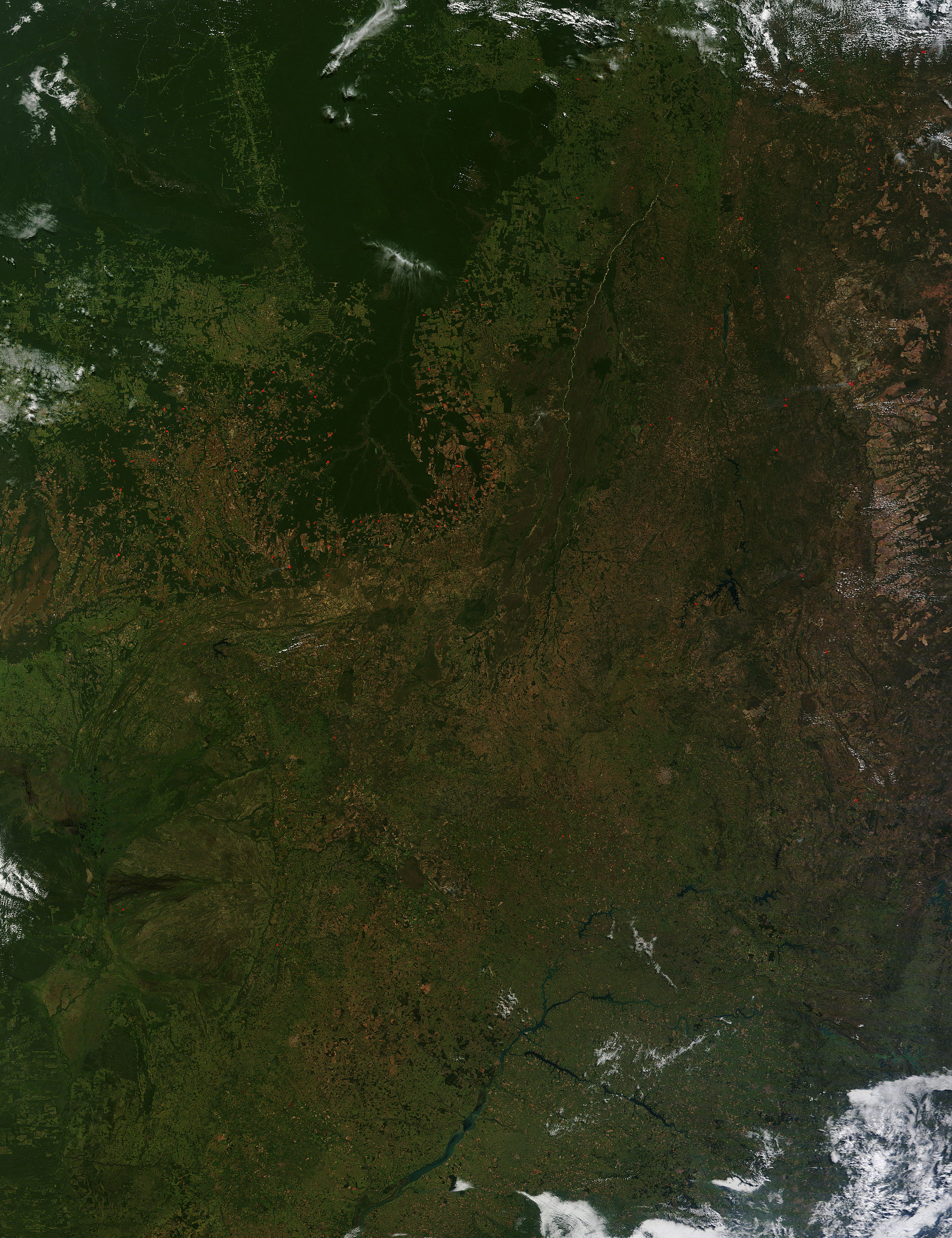 On June 12, 2012 the Moderate Resolution Imaging Spectrometer (MODIS) aboard the Terra satellite captured this true-color image of south-central Brazil. Multiple hot spots cover the state of Mato Grosso, an important agricultural region. As in many areas, in Brazil fire is often used to manage land for agriculture, including clearing rainforest for use as pasture and cropland, and to clear land for building. In this image, forested areas appear a dark green color, while pasture and agricultural land appears light green or tan. In higher resolutions, agricultural fields can be clearly seen, defined in most areas by light coloration and straight borders. The hot spots, which likely represent fire, although little smoke is being produced, are found primarily on the edges of agricultural land and on the forest edge. It is likely, therefore, that most of these represent controlled fires deliberately set to manage the land. In September 2010, Science Insider reported that, according to Brazilian officials, about 6,500 square kilometers of rainforest was wiped out between August 2009 and July 2010 in Brazil’s Amazon. Although that is a large area, it is 13.5% smaller than the area of forest brought down during the previous 12 months. Brazil has accepted a self-imposed goal of reducing deforestation by 80% over historic highs by 2020.