By SpaceRef Editor
June 15, 2012
Filed under Earth, MODIS Image of the Day, NASA MODIS Web, US 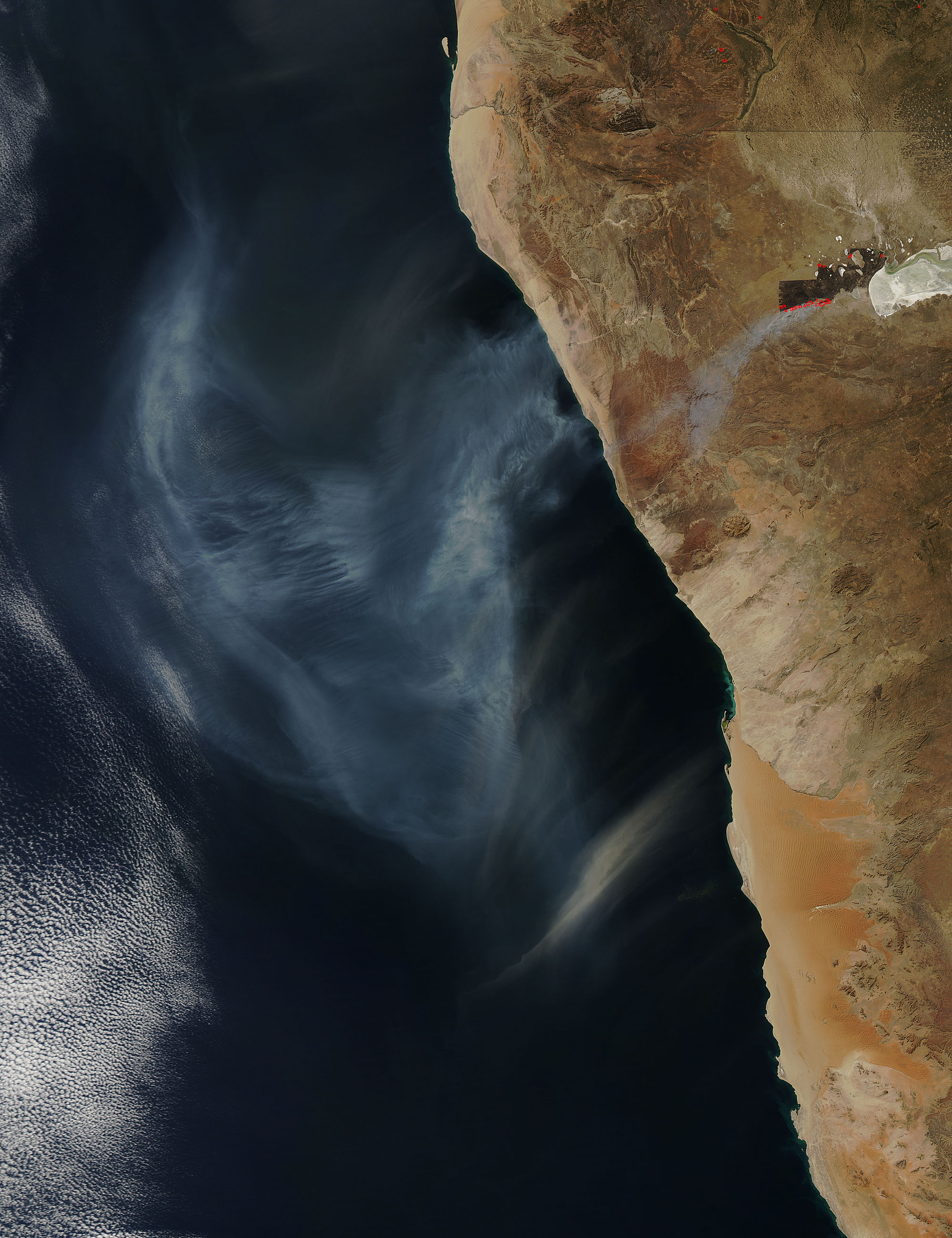 Brushfire continued to burn in Namibia’s Etosha National Park on June 11, 2012, pouring smoke across the country and far out above the Atlantic Ocean. The Moderate Resolution Imaging Spectroradiometer (MODIS) aboard the Aqua satellite captured this true color image at 12:40 UTC (1:40 p.m. West African Time) on that same day. Active fires, marked by red “hot spots” accompanied by plumes of gray smoke, appear on the edge of a dark area. This dark area may be a burn scar, either from the current fire or from a massive fire in September 2011, which burned 700,000 acres. To the east of the flames lies Etosha salt pan, a salty desert measuring 130 km (81 mi) long and up to 50 km (31 mi) wide.