By SpaceRef Editor
June 13, 2012
Filed under Earth, MODIS Image of the Day, NASA MODIS Web, US 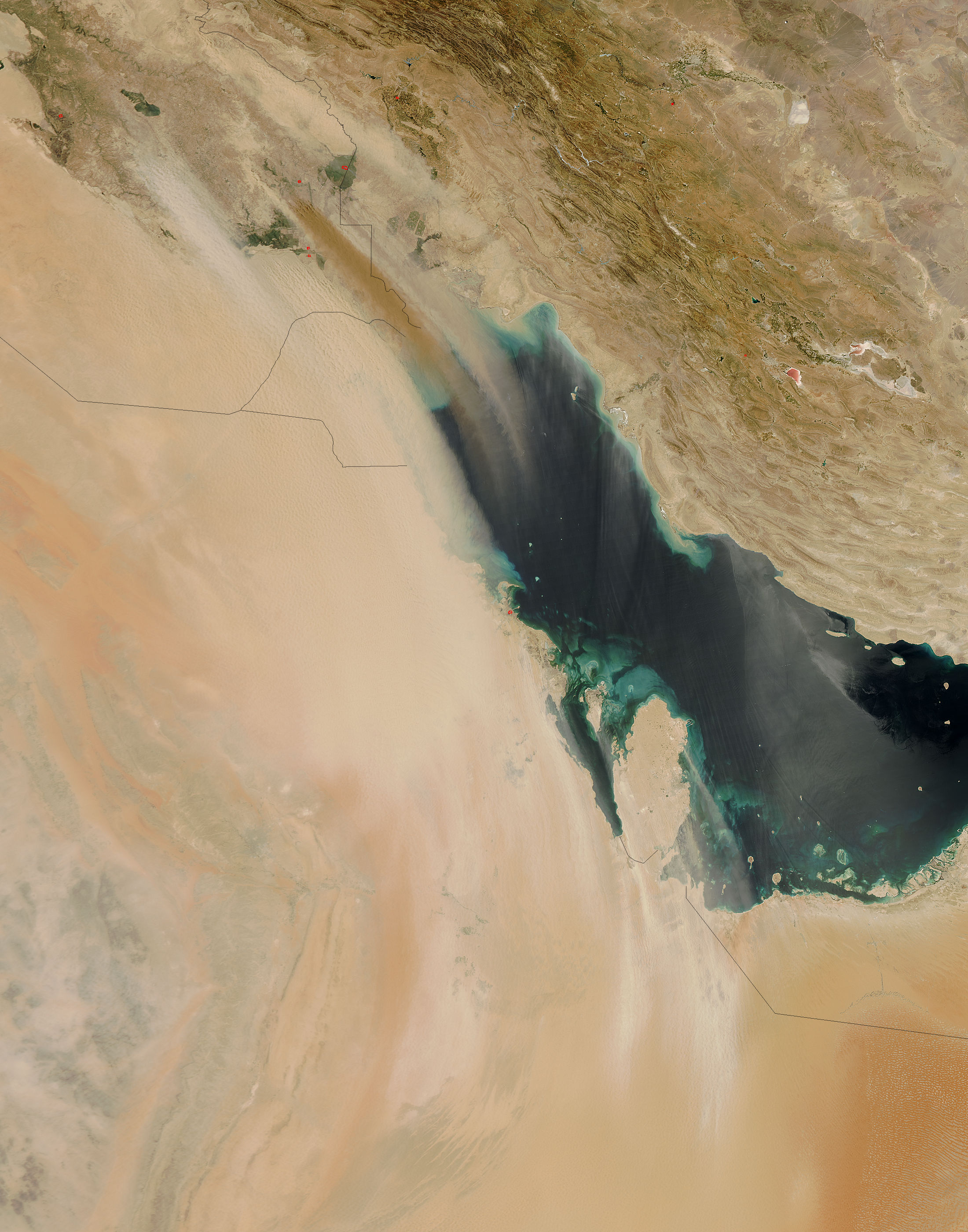 On June 2, 2012, a dust storm struck southeastern Iraq. Winds blew fine sediments toward the southeast, over the Persian Gulf, and into northeastern Saudi Arabia. Winds also kicked up streamers of dust in Qatar. The Moderate Resolution Imaging Spectroradiometer (MODIS) on NASA’s Aqua satellite captured this natural-color image the same day. Although most of the countries affected by the dust enjoyed some clear skies outside of the storm, dust completely obliterated Kuwait. On June 4, Kuwait Times reported that the storm had paralyzed the country, with visibility reduced to less than 500 meters (1,600 feet). Dust storm activity was expected to continue, although it was expected to benefit residents by lowering recent high temperatures.