NASA MODIS Image of the Day: June 11, 2012 – Phytoplankton bloom in the Black Sea

By SpaceRef Editor
June 11, 2012
Filed under Earth, MODIS Image of the Day, NASA MODIS Web, US 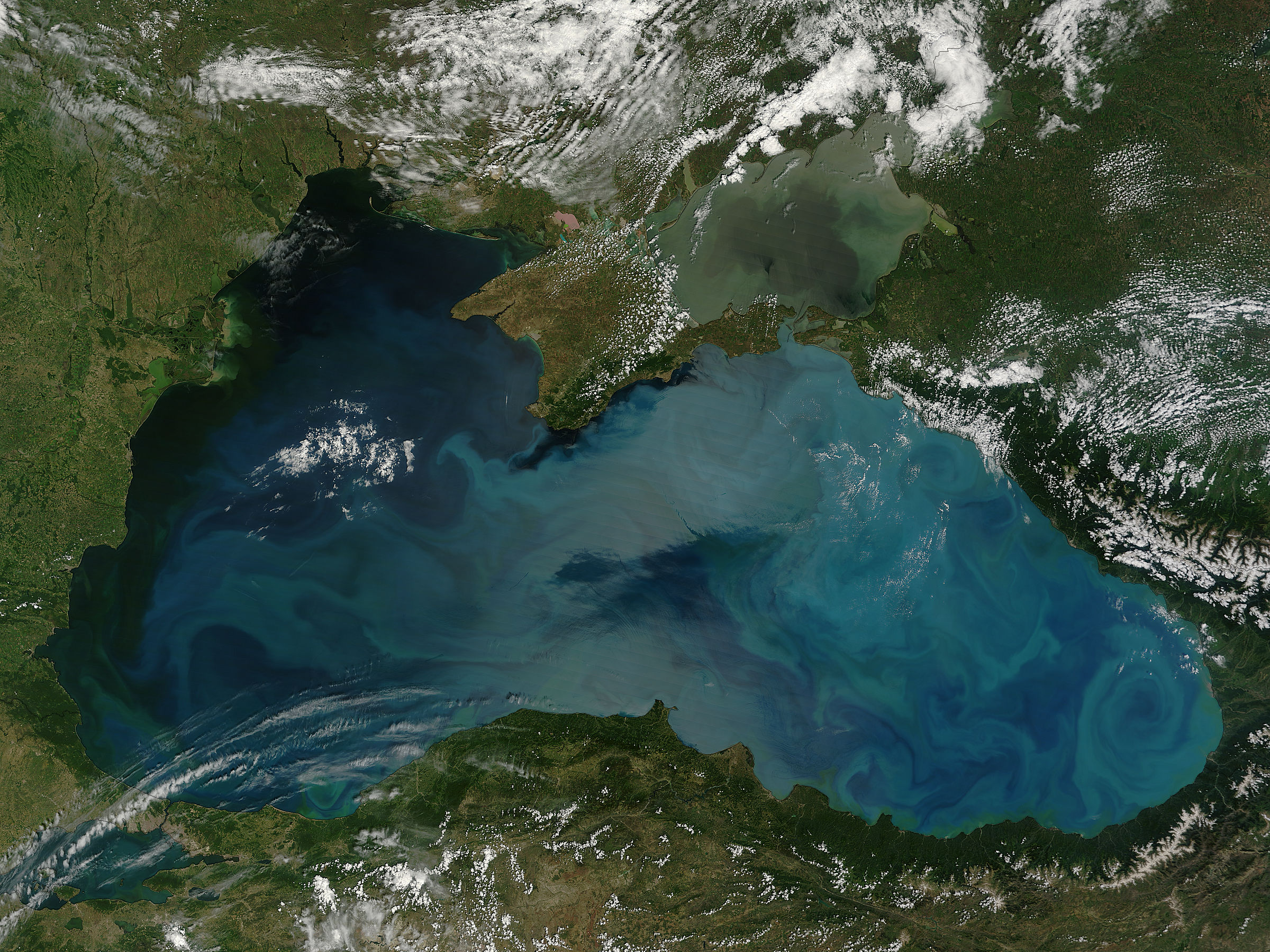 An intense bloom of phytoplankton continued in the Black Sea in early June, 2012, staining nearly every corner of the 436,400 km2 (168,500 sq. mi) Sea with a rich palette of teal, turquoise, green and milky blue. The Sea of Azov, to the northeast was also filled with swirls of color, including a touch of tan which may indicate not only phytoplankton, but sediment also circulates in those waters. The bloom of phytoplankton in this region is an annual occurrence, and the extent and intensity of the bloom is affected by the level of nutrient washing into the Sea, the mixing of layers of water and the temperature of the waters, as well as other factors. Such Black Sea blooms occur most often in the summertime, but news sources such as RIA Novosti have reported that this bloom, which was well underway by mid-May, began two weeks earlier than expected this year. The Moderate Resolution Imaging Spectroradiometer (MODIS) aboard the Terra satellite acquired this true-color image on June 3, 2012.