By SpaceRef Editor
June 1, 2012
Filed under Earth, MODIS Image of the Day, NASA MODIS Web, US 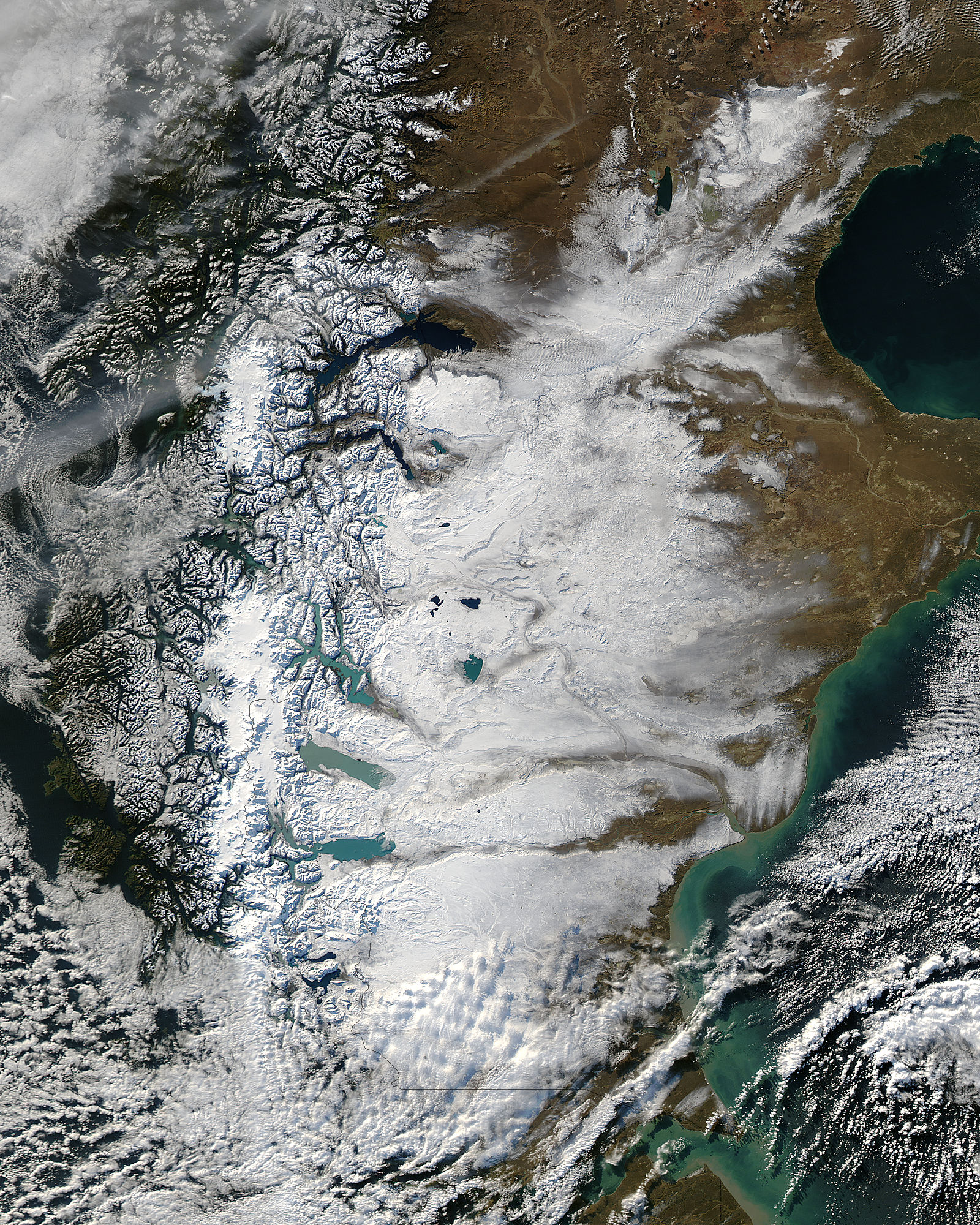 Three weeks before the official first day of winter (June 20, 2012), southern Chile and Argentina were covered with snow. Autumn snowfalls in Patagonia are not unusual and, in much of the region, frost sleet and snow can occur year-round. It is said that the weather can be very changeable in Patagonia, with crisp, clear weather giving way to snowfall very quickly, particularly in winter storms. The opposite appears to be also true – a clear, sunny day can melt a light snowfall quite quickly. On May 30, 2012, the Terra and Aqua satellites each flew over the region, allowing the Moderate Resolution Imaging Spectroradiometer (MODIS) aboard each satellite captured a true-color image of the same area, one in the morning and one in the afternoon. The top image shows the morning overpass, which was flown by Terra at 14:35 UTC (10:35 a.m. Chile Standard Time). Snow covers the mountains of Chile eastward across the plains of Argentina. The glacial lakes can be clearly seen in hues of teal and deep blue, and clouds cover the southernmost section of the image. By rolling the cursor over the top image, the afternoon overpass can be seen. This was captured by the MODIS aboard the Aqua satellite at 18:45 UTC (2:45 p.m. Chile Standard Time). Some of the snow had melted by the afternoon overpass, and clouds had blown further northwards. According to Weather Underground, the morning low on May 30 in Balmaceda, Chile was 27°F (-2.8°C), with a wind chill of 20.4°F (6.4°C), and light snowfall. By 4:00 p.m. local time, the temperature had risen to 41°F (5°C) and the skies were clearing. Balmaceda is located in the northern part of this image, near the border between Chile and Argentina. Lake General Carrera/Lake Buenos Aires, the large, dark lake spreading across Chile and Argentina, lies just to the south of Balmaceda.