By SpaceRef Editor
July 9, 2012
Filed under Earth, MODIS Image of the Day, NASA MODIS Web, US 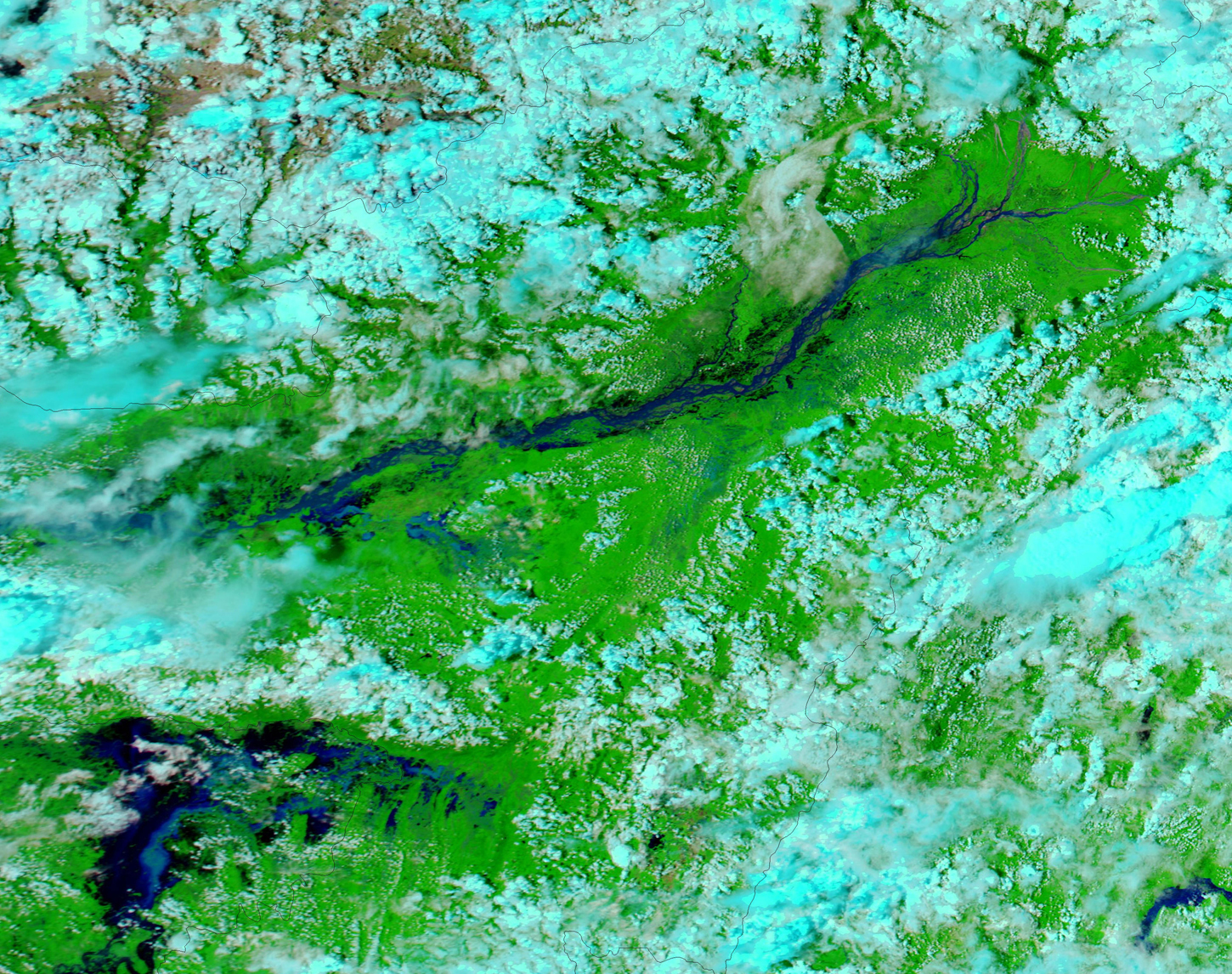 Floods and landslides caused dozens of casualties in northeastern India in late June and early July 2012. By July 1, the death toll stood at 77, The Hindu reported. As of that date, the Brahmaputra River and its tributaries had breached more than 40 levees. The death toll had mounted by July 8, when the Associated Press reported that 121 people had been confirmed dead, with 16 buried in mudslides. At that time, about 2.2 million people were reported as displaced and 254,000 hectares (627,600 acres) of rice fields and other cropland had been damaged. In environmental terms, the floods had killed 559 animals in the Kaziranga game reserve, including more than 400 hog deer and 14 of the reserve’s endangered one-horned rhinos. The Moderate Resolution Imaging Spectroradiometer (MODIS) on NASA’s Aqua satellite captured the top image on July 2, 2012. For comparison, scroll over the top image to reveal an image of the same area acquired by MODIS on the Terra satellite on July 18, just two weeks earlier. These false-color images use a combination of visible and infrared light to better distinguish between water and land. Water varies from electric blue to navy, vegetation is bright green, and clouds are pale blue-green. By July 2, 2012, the Brahmaputra River had spilled over its banks throughout the region pictured here. Water pooled on floodplains north and south of the river, with especially extensive areas of flood water south of Tezpur. Reuters India reported that, while the Indian state of Assam coped with severe floods, other parts of the country experienced monsoon rains that were lower than average, and the dry conditions jeopardized some crops.